Intensity of superimposed waves at the michelson inferometer 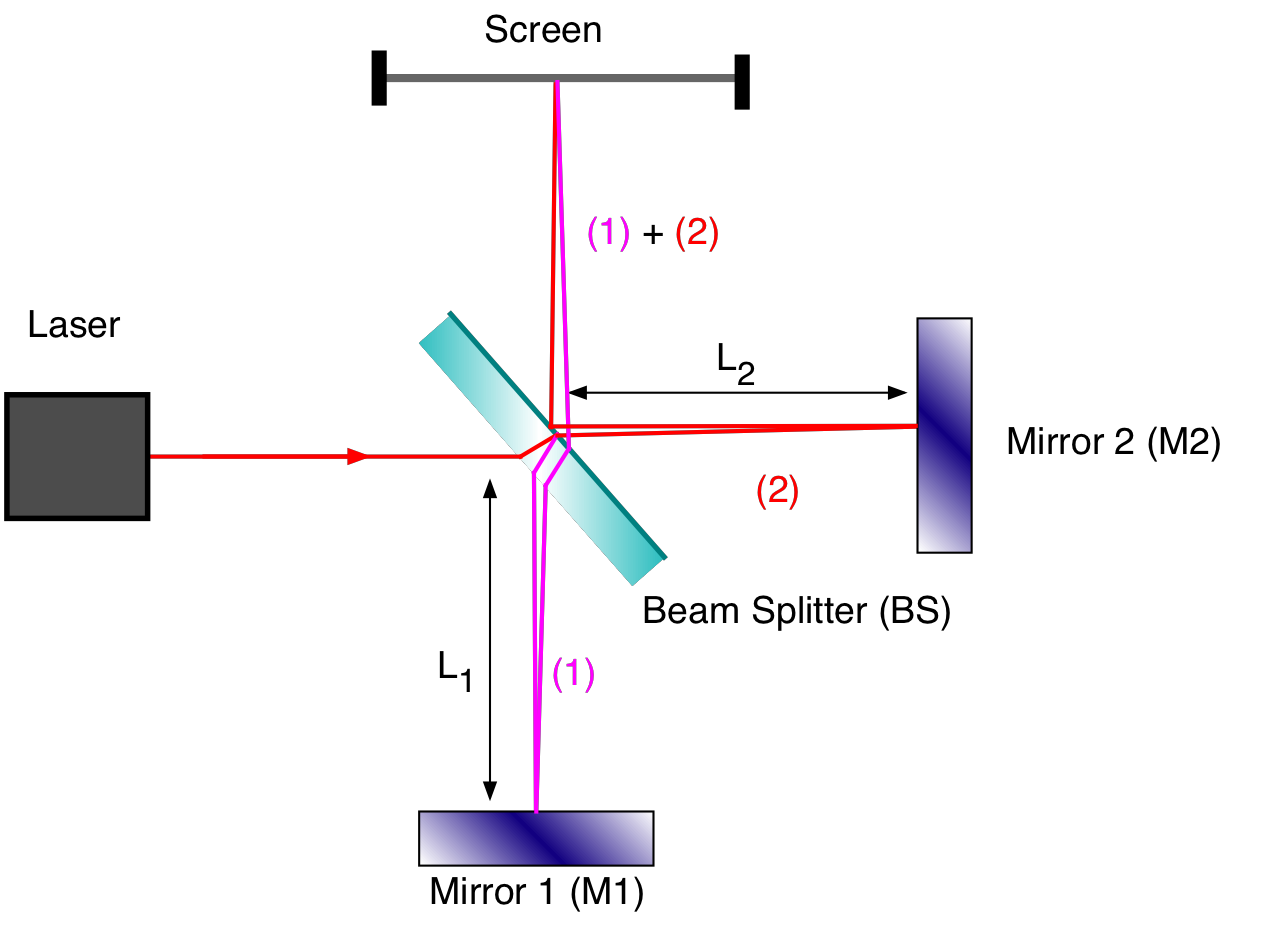 Let the Beam Splitter be one, who reflects half of the intensity and transmits the other half of it.

Furthermore assume an initial wave with amplitude $E_0$ and intensity (mean value over time) $I_0$.

So far so good.

But when beam 1 hits the Beam Splitter for the second time half of it is reflected and similarly half of the beam 2 is transmitted by hitting the Beam Splitter a second time (not showed in this sketch). By going through the amplitudes, intensities and phase jumps we have again constructive interference of the two beams and the amplitude $E_0$ and intensity $I_0$. Again the effective area of the intensity hasn't changed with respect to the beginning and we have agin the same energy. Thus in total we doubled the energy of the system. And here, at the least, it seems strange to me...

At which point is my reasoning wrong?

You must first work with amplitudes and not worry about the mean intensity.

Let the amplitude of the wave be $A$ as it leaves the laser.
If the intensity is reduced by a half on reflection or transmission at the beam splitter then the amplitude is $\frac {A} {\sqrt 2}$.

If you look at this video at time 1:35 you will see that the demonstrator produces a large bright spot on the screen as a result of the constructive interference of the two beams.
At time 2:40 you will see that there is a difference between having only one beam shining on the screen and then having two beams the intensity being larger when the two beams interfere "constructively".

@HolgerFiedler has made a pertinent comment in that another pattern can be formed on another screen.

Continue watching the video from time 4:10 to see how the second patern second pattern can be produced, that pattern being the opposite to that produced on the screen in your diagram.
Note the contrast between the two patterns.
So where on one pattern is brighter the other pattern the other is darker.

Overall the Michelson interferometer does not produce extra light all it does is distribute the available light in different directions.

At the end of the video the demonstrator asks a question as to how it is that the two patterns are different.
To answer the question think about the difference between the reflection of light from an air to glass interface and from a glass to air interface.

Not the answer you're looking for? Browse other questions tagged electromagnetic-radiation superposition intensity or ask your own question.

4
From power of a laser beam to electric field amplitude
1
Intensity of light and phasors
4
How to explain the relationship between wave's amplitude and intensity?
0
Is intensity of sinusoidal EM radiation equal to or just proportional to the amplitude squared?
1
What does “intensity of light” mean?
0
Double slit experiment- light intensity
0
Superimposed Waves
2
What is the connection between the Planck-Einstein Relationship and the Average Intensity of an electromagnetic wave?