Effect of Latitude /rotation of Earth on g

Okay,I am having a little problem in understanding the effect of latitude/rotation of Earth on g. 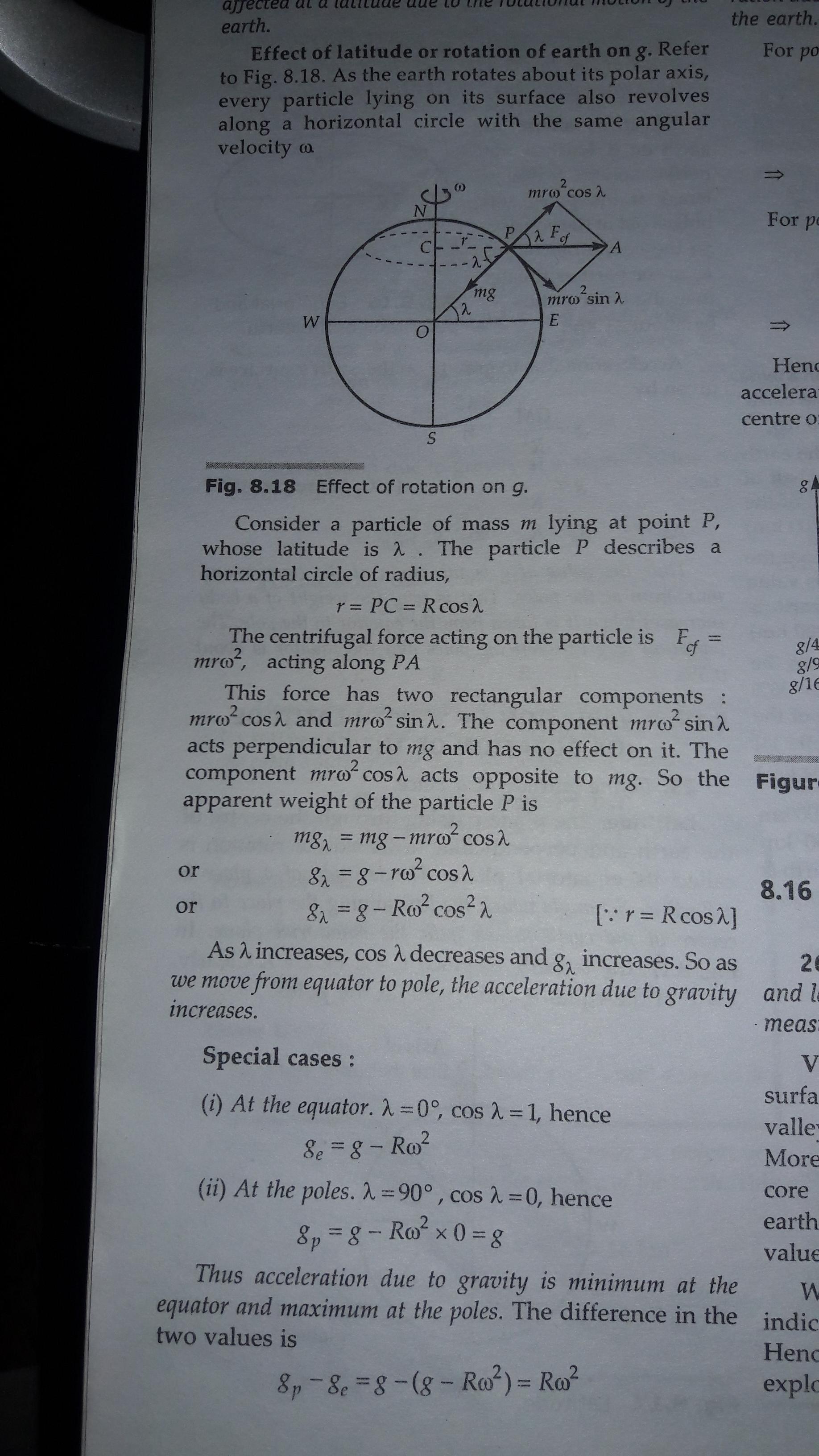 As we can see, the force,Fc=mrω2 has 2 rectangular components:-

Individually, what is the role of both the components, especially the second one, Fcf = mrω2sinλ?

In Observer Frame of Reference, the figure and derivation is completely true because Centrifugal Force(Pseudo Force) only exists in observer's point of view.

Now for an observer outside Earth, this will not be the case because for that person, Centrifugal Force is not existing but the particle at point P will experience Centripetal Force.

So how will we conclude the same/similar results(as given in the image) without introducing Centrifugal Force(which is a Fictitious Force) but to consider Centripetal Force(which is a Real One) in this scenario? Please give the figure for this case.

Individually, what is the role of both the components, especially the second one, Fcf = mrω2sinλ

So how will we conclude the same/similar results (as given in the image) without introducing centrifugal force(which is a fictitious force) but to consider centripetal force (which is a real one) in this scenario?

There are two real forces acting on an object at rest on the surface of the rotating Earth, the not-quite downward gravitational force and the upward normal force. These don't quite cancel one another. The net force points directly toward the Earth's rotational axis -- i.e., exactly opposite to the fictitious centrifugal force. This non-zero net force explains the fact that the object is undergoing uniform circular motion, making one revolution per day.

Not the answer you're looking for? Browse other questions tagged gravity centripetal-force centrifugal-force or ask your own question.