How is quantum teleportation any better than regular transfer of information?

After the article that China "teleported" a particle into orbit, I'm trying to understand the applications of quantum teleportation. It sounds like a nice oddity of the universe, but has very little to no practical value. I'd love to be corrected, but from what I understand, the basic procedure is this

This sounds all well and good, until I hit this part:

This is great and all, but since Alice sends a the new configuration of her pile of widgets to Bob through traditional channels, what is the point of even using the widgets? It seems like we've added a bunch more complexity for no real reason other than "Hey, this is cool".

There are several reasons quantum teleportation is a useful way to move qubits, even if you already have a normal quantum channel.

The key aspect that sets quantum teleportation apart from the regular classical transfer of information is that it enables Alice to send information that even she does not have access to.

The problem arises because quantum states are fragile, and if we only have one copy of the system, it is intrinsically impossible to pin down the state exactly. As an easy example, you can try to measure the position of a particle, but that will destroy the quantum state ('collapse the wavefunction') and you will be unable to measure its momentum unless you have other copies of the system. (The same holds for any two complementary variables, like spin along two different axes.)

Now, suppose that Alice has one copy of some quantum system in some definite state and Bob wants to perform some procedure that involves it. If Alice had many copies of the state, she could perform quantum state tomography on them, find out all there is to know about the state, and then send that to Bob over classical channels so that he could then recreate the state. However, since she only has one copy, that route is not available.

Here is where quantum teleportation comes in: it allows you to send the full quantum state to Bob, superpositions and entanglement included, without needing to measure anything. And that is something no classical protocol can do at all.

For more information, the best place to go is probably this fantastic minutephysics explainer: 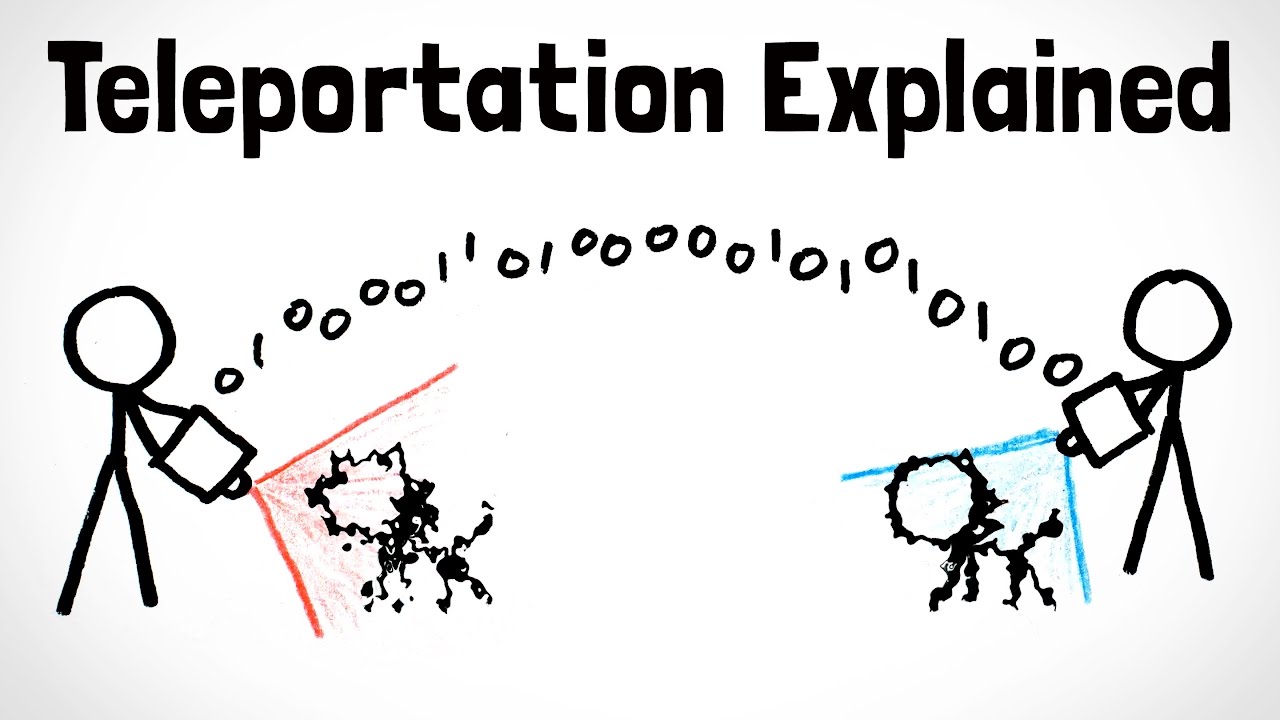 You can send information via a classical channel which contains 1 bit of information, but when Bob receives it, he somehow has 2 bits of information. This is the process of Superdense coding - sending 1 bit of information which contains actually two bits of information. The process of quantum teleportation is not that straightforward since it implies additional steps for Bob in order to find out what was the state which Alice obtained (Bob has to apply some Unitary operators on his state). Quantum Teleportation indeed seems to have a weird functionality. But keep in mind that by using "classical processes" you cannot do superdense coding.

There are some interesting articles by Iulia Ghiu (I think in Phys Rev A) where she explains all types of quantum teleportation (one-to-one,one-to-many and many-to-many). Maybe those will help you!

Not the answer you're looking for? Browse other questions tagged quantum-mechanics quantum-information quantum-teleportation or ask your own question.

0
Can a particle used in quantum teleportation be used again for information state transfer?