This is a solved example in my text book"Engineering mechanics dynamics. R.C.Hibbeler" :

The 3 kg disk is attached to the end of a cord. The other end of the cord is attached to a ball and socket joint located at the center of the platform. If the platform rotates rapidly, and the disk is placed on it and released from rest, determine the time it takes for the disk to reach a spead great enough to break the cord. The maximum tension the cord can sustain is 100 N.. And the coefficient of the kinetic friction between the disk and the platform is 0.1 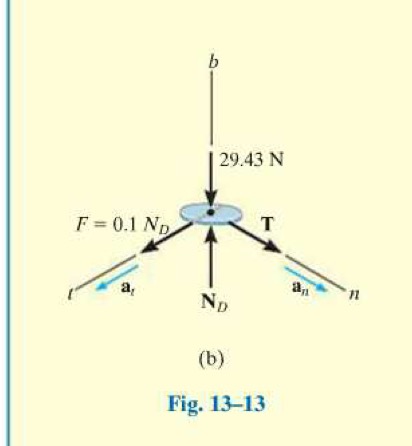 Circular motion requires a centripetal force pointing to the center of the circle that the disk is moving around, and this is provided by the tension in the cable. In addition, the disk is slipping on the turntable, and the kinetic friction force is trying to stop this slippage, so the disk is getting accelerated in a tangential direction, as shown in the diagram. Your problem requires that you use Newton's 2nd law to determine the tangential acceleration of the disk. This will allow you to calculate the tangential velocity, and angular velocity, of the disk with respect to time. Once you know this, you can determine how long the disk will remain on the turntable, because the string breaks when the centripetal force requirement exceeds the breaking point of the string.

Everything that David White said is helpful. I would also like to point out one of your main misconceptions, which might help you understand the textbook's solution and similar examples.

Also, it is written "the frictional force has a sense of direction that opposes the relative motion of the disk with respect to the platform" I don't know how is this thing is true.

Finally, you know that $v = \omega r$. Now you have everything you need to solve this.

This diagram helps to explain why the force on the disk due to friction is perpendicular to the string: 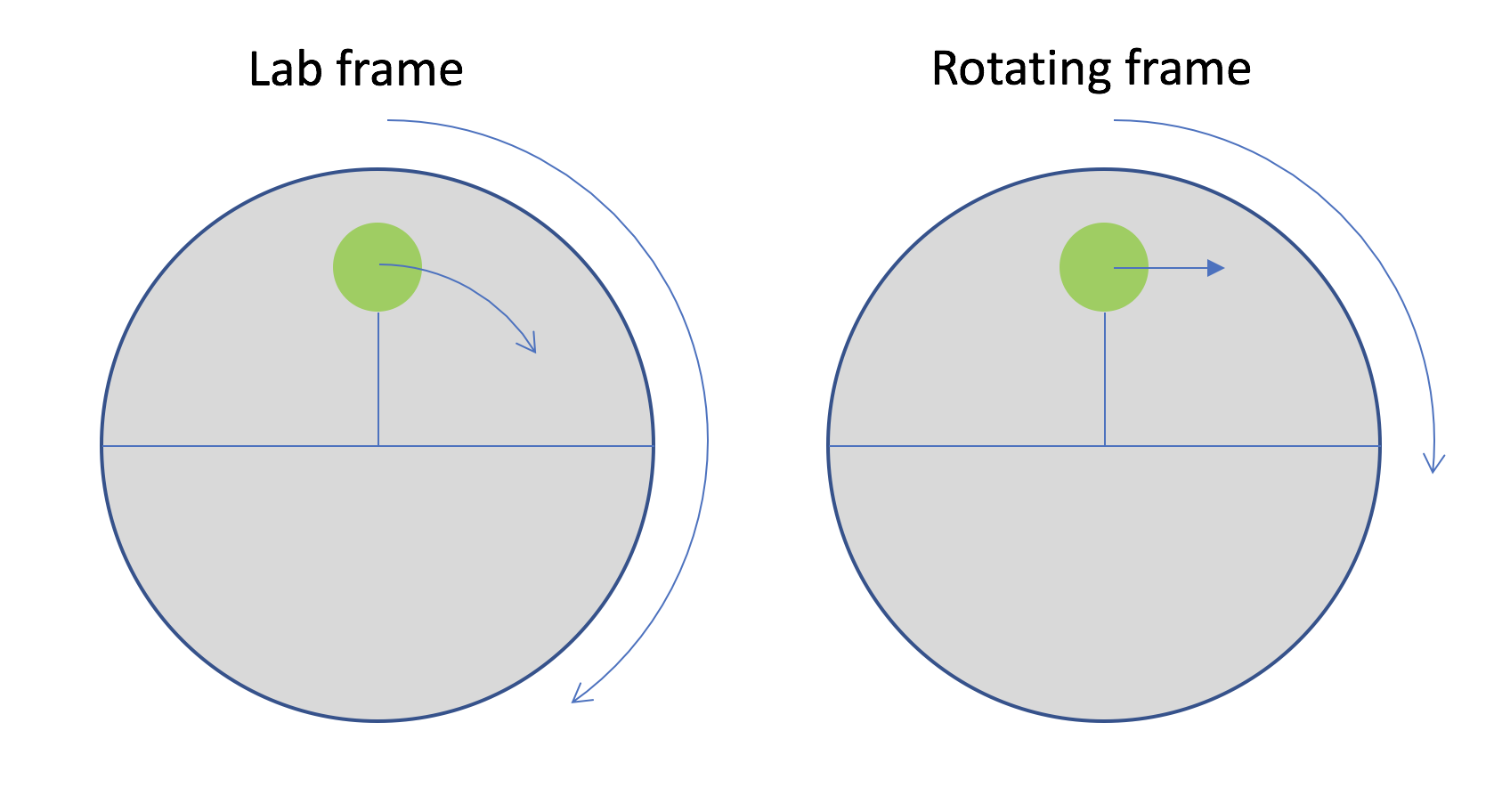 If you consider the disk is not an infinitesimal point, then there will be points to the left and right where the force is not quite perpendicular to the string - but to the extent there is a force on one side that points out, there is an equal force on the other side that points in. This does leave a small residual torque on the disk: I'm pretty sure that the person asking the question is not asking you to think about that (although it does matter - as the disk starts to rotate about the center of the platform, it also ends up with a rotation about its own center... otherwise the attachment point could not continue to point inwards).

Not the answer you're looking for? Browse other questions tagged homework-and-exercises newtonian-mechanics kinematics angular-velocity or ask your own question.