Why are diffracted wave fronts drawn with curved edges in textbook diagrams, when according to Huygen's principle they should be straight lines? 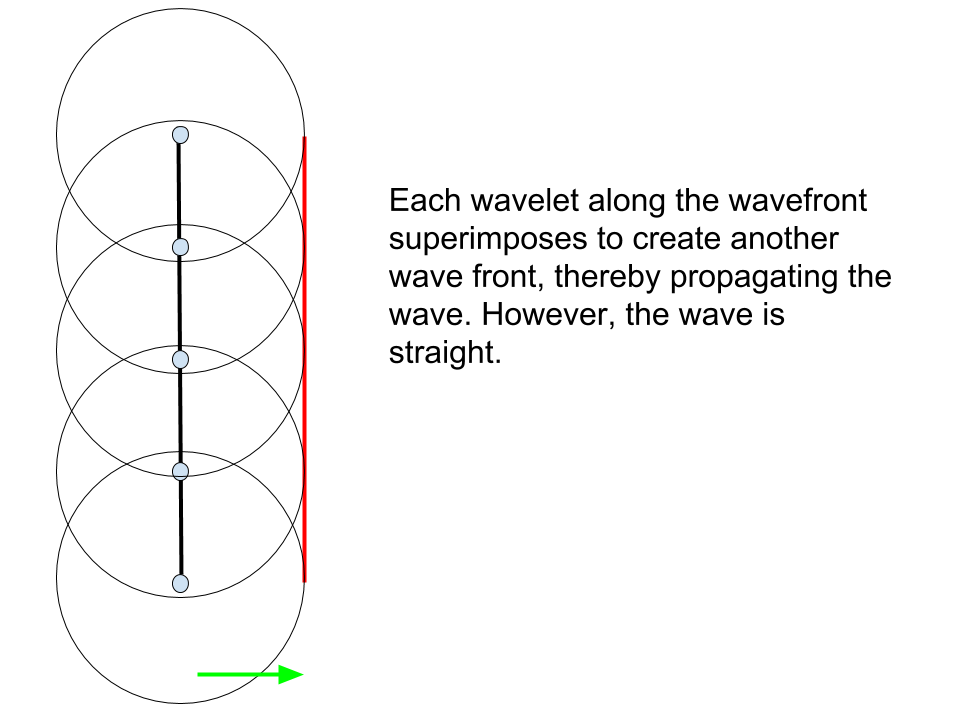 Each wave front is comprised of an infinite number of point sources, each of which produce wavelets with the same wavelength as the wave itself. The superposition of the wavelets produce a new wave front tangential to the wavelets, thus propagating the wave front. 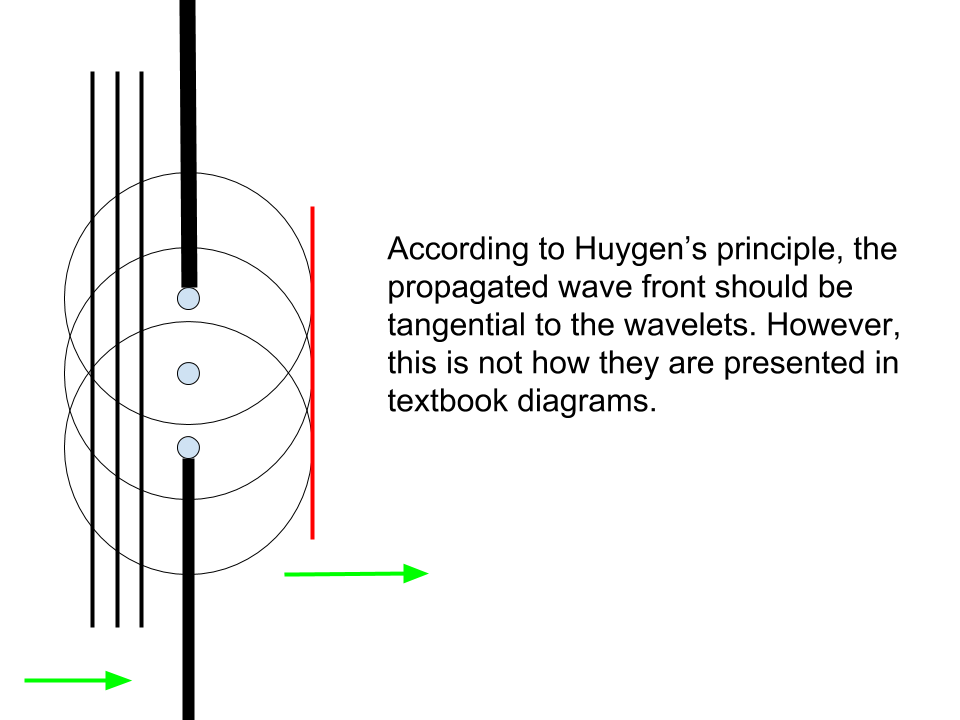 Now, according to the same principle, when a wave diffracts through a slit there are an infinite number of point sources between the slits as the wave is passing through. These points create wavelets which superimpose, forming the 'new' diffracted wave front, which should appear tangential to the wavelets, as shown by the red line in the diagram above.

However, in text books and educational websites the diffracted wave front is drawn as below, labelled as "Diffraction through a wide gap":

If the wave fronts are 'bent' around the edges, then they cannot be tangential to the wavelets. Why, then, are they drawn like this? And if there is a reason I am unaware of which explains why they are 'bent', then why are normal, non-diffracted wave fronts drawn as straight lines?

Note: I'm a high school student, so while I appreciate the complex mathematical proofs offered by the users here, could any answers also include a simpler explanation I would understand? Thanks.

Perhaps this is a better representation? 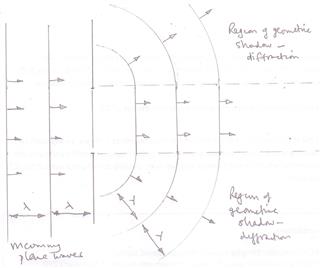 And a ripple tank image from this video. 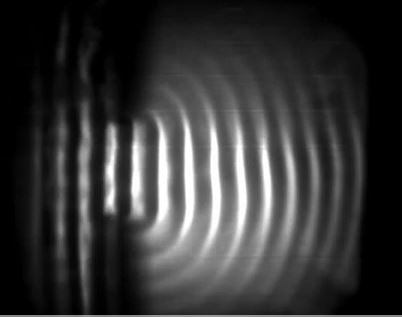 The first two figures in your answer are based on the original Huygens' principle proposed by Huygens himself. This principle states every point on the propagating wavefront serves as a secondary spherical wave source, which together add up and build the wavefront in some distance ahead, but only those points of the secondary spherical waves count that are tangent to the new wavefront.

As a result of this limitation (the bold text above), this principle is unable to explain diffraction. Because it doesn't allow any secondary sources to form in the area out of the reach of geometrical rays (more explanation here). No diffraction occurs according to the original Huygens principle.

This principle was later modified by Fresnel in a way that can account for diffraction. Today, people usually mean this modified principle when talking about Huygens' principle. Therefore, the diagrams of diffraction you mentioned where the wave is bent are correct too, but according to the Huygens-Fresnel principle, not the original one.

Not the answer you're looking for? Browse other questions tagged waves diffraction huygens-principle or ask your own question.