What does the monopole/quadrupole moment of the Earth signify?

I'm currently reading about orbits of near-Earth satellites and some terminology is getting thrown around that I'm not sure I understand what they actually mean:

What are some easily understood explanations of the above terms?

A monopole (gravitational) of a system is basically the amount of mass-energy the system has.

A dipole is a measure of how the mass is distributed away from some center.

The quadrupole moment describes how stretched out the mass distribution is along an axis. Quadrupole would be zero for a sphere, but non-zero for a rod, for instance. It is also non-zero for the Earth, because the Earth is an oblate spheroid.

The gravitational contribution from a quadrupole falls of faster than that of a monopole. (which is why the Earth's quadrupole moment is important for studying satellites and not really for studying the moon, owing to the $r^{-3}$ dependency of the contribution to the potential)

Quadrupoles and other higher order moments are important in GR because the change in their distribution can produce gravitational waves.

Case 2: Non-zero quadrupole moment. (the larger spheres are separated by some distance $2R$.)

This is why the "quadrupole moment effect" falls off with distance.

Imagine having a mass distribution $\rho(x,y,z)$ around the origin O and we want to calculate the potential energy and force at a certain point P on the z-axis. The potential energy can easily expressed by the integral: $$U=-GM\int_{V}\frac{\rho(x,y,z)}{R}dv$$ However this intgral might be difficult to calculate and it's often easier to express the integrand by a series, this is called multipole expansion and can be done for both the gravitational force as the electrostatic force. 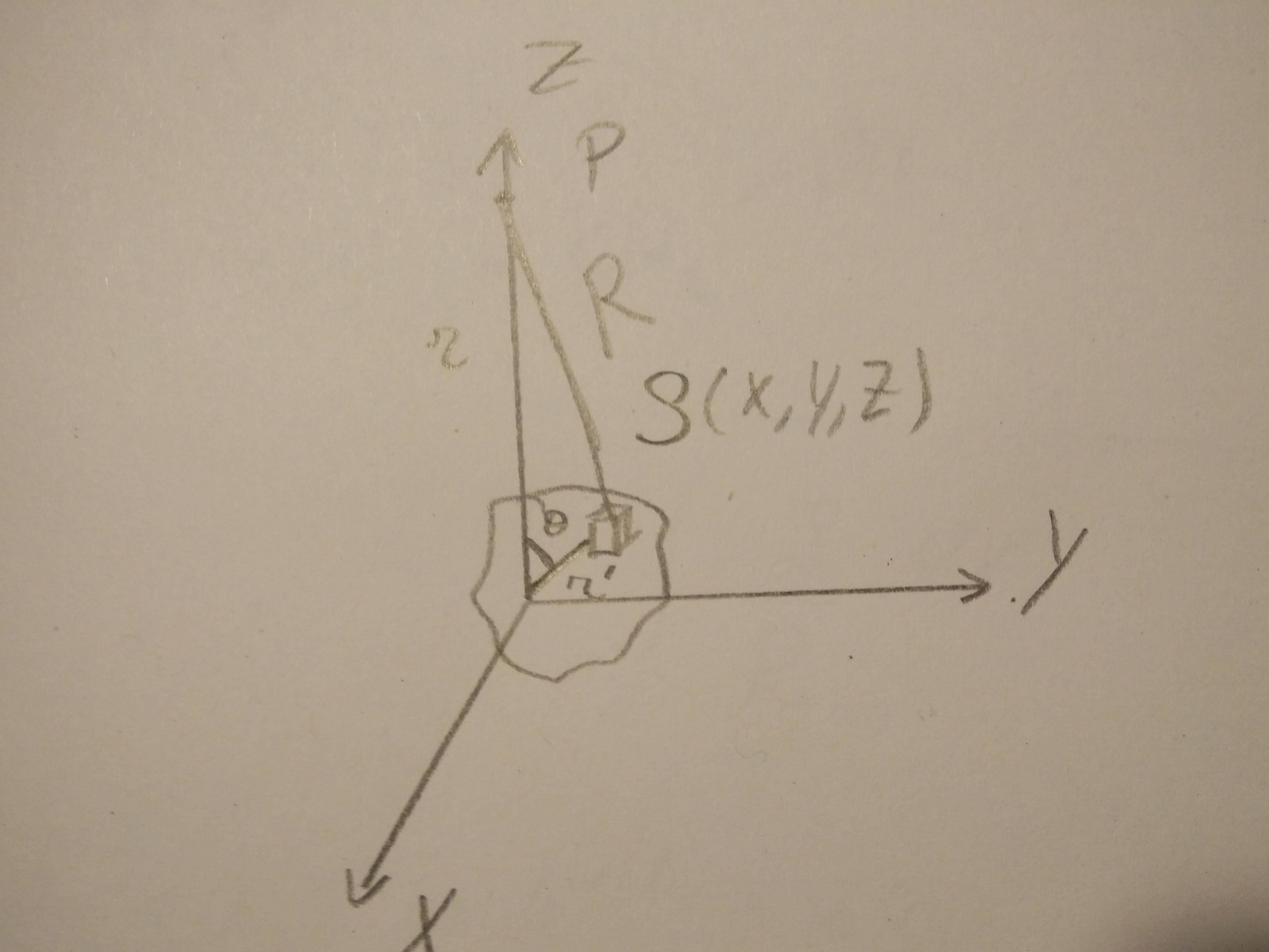 Not the answer you're looking for? Browse other questions tagged newtonian-gravity astrophysics multipole-expansion or ask your own question.

10
How many truly different multipolar charge distributions are there?
4
Gravitational wave luminosity and energy transfer to masses in vicinity of merging mid-sized black holes

3
Method of image charges (semisphere on a metal)
1
Principle of launching satellites into orbit
9
Satellites around flat Earths
2
How would a gradual joining of the Earth and Moon affect their orbits?
2
Difference between monopole moment and charge or mass itself?
4
How does Jupiter have two magnetic South poles and one magnetic North pole? Magnetic tripole?
0
What is the charge distribution of an Electric Quadrupole?