Can apparent depth be greater than real depth in any case? 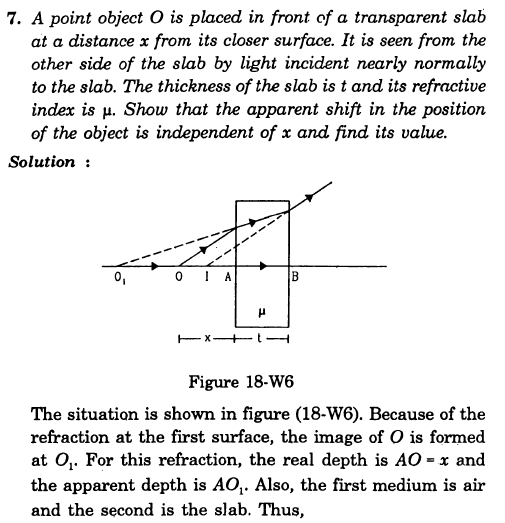 To answer the question in your title : Yes. Apparent depth is usually less than real depth because you are looking from a medium of lower optical density (air) into a medium of higher optical density (water or glass). If you were under water looking up at an object outside of the water, it would appear further away.

$I$ is the image of object $O$ when viewed from air on the other side of the glass block. It is located by tracing back rays in air in the region of the observer. Both object and image are in air, but there is a layer of optically denser material in between, so the apparent depth is again less than the real depth. However, the ratio of real to apparent depth is not as small as it would be if $O$ were inside the block.

Your formula does not work in this case because the ratio also depends on the thickness of the glass block. It is correct when there is 1 interface between different optical media - here there are 2 interfaces.

The order of the media is also important. The refractive index is more properly given not only for 2 media but also for the direction in which rays are travelling : ie air-to-glass or glass-to-air. For this reason the index is sometimes written as $$_a n_g = \frac{1}{_g n_a}$$

Not the answer you're looking for? Browse other questions tagged geometric-optics or ask your own question.

9
Why would an object appear a different size when in water?

15
Clarification needed in the concept of apparent depth & real depth
2
What is exactly an ‘virtual object’? (From the point of view of lens maker’s formula)
3
Proof of Validity of Thick Lens Model by Hamiltonian Formalism or Otherwise
0
Real and Apparent Depth
0
How a image formed by circular glass slab?
0
Optical shift in a view from above
0
Speed of image refracted from an object in motion in another medium