Find the speed of the block in this question

The figure shows a block (assumed to be a point) being pulled by an ideal string across an elevated pulley. At any time $t$, let the horizontal distance of the block be $x$ from the pulley. The length of the string is $l$ and the height of the pulley is $h$ from the ground. The string is pulled with a speed $u$ as shown. Using calculus I found the speed of the block to be $u \sec \theta$ (where $\theta$ is the inclination of the string with the horizontal) which is given as the correct answer.

So my doubt is: why can't we simply resolve $u$ along the horizontal and say the block's speed is $u \cos \theta$? It doesn't seem wrong to me but isn't correct for some reason. Could someone please explain why? 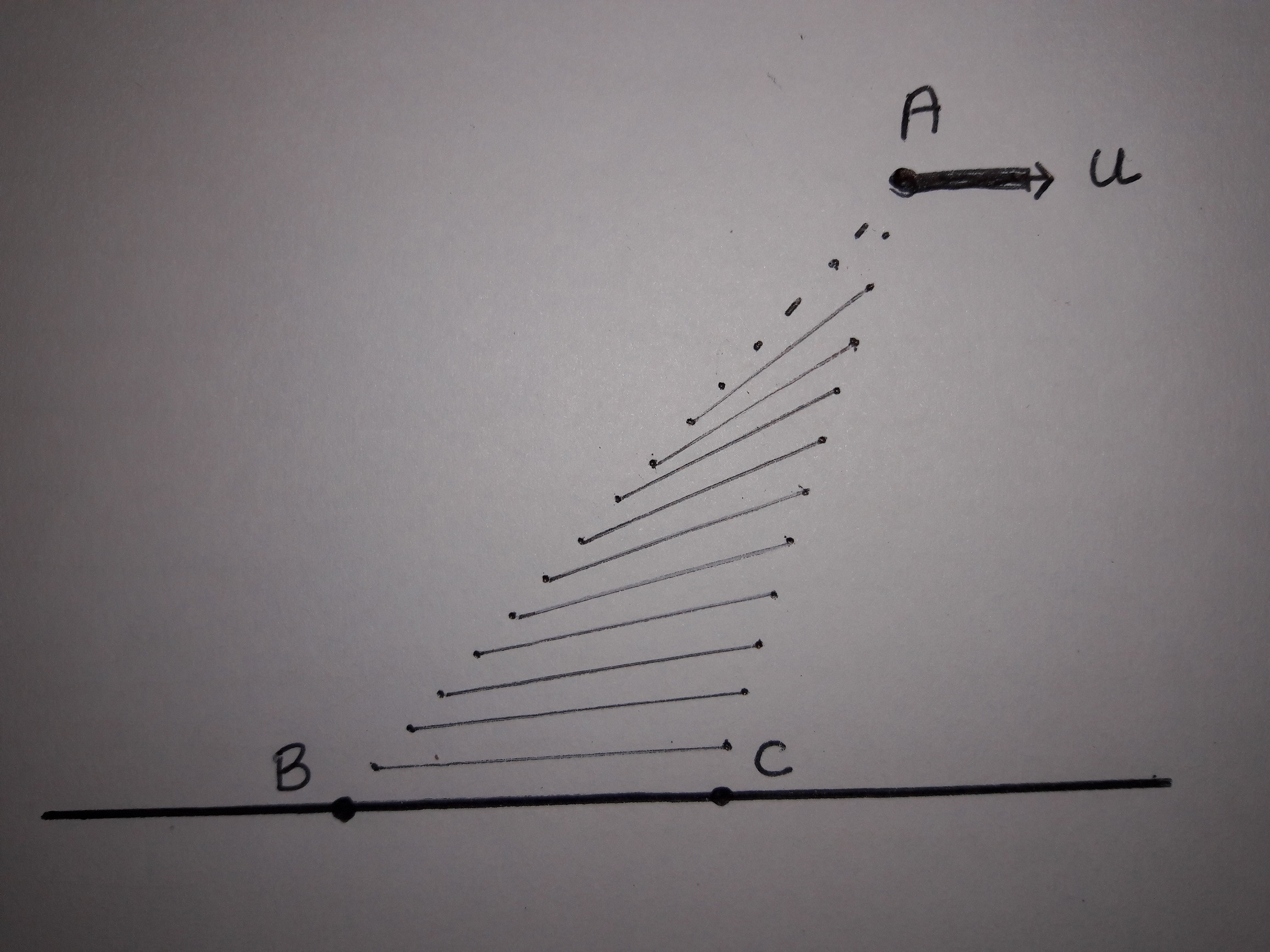 The dots are the points on the string.

You could however resolve the block's velocity (which is entirely along x) along and perpendicular to the string and equate the component along the string to $u$ which gives the desired result.

Not the answer you're looking for? Browse other questions tagged homework-and-exercises newtonian-mechanics velocity string or ask your own question.

2
How to resolve velocity components?
1
Confusion in this simple pulley problem

1
Block and inclined plane (INPhO Problem)
1
Why speed of block/box reduce when force is acted?
5
A More Intuitive Solution for the Kinematics of the Pulley-Rope System
1
Dealing with pulleys and strings with mass
1
Does velocity add like vectors?
4
Reaction force exerted by pulley's support