Why is normal force not the same as newtons third law

There was a similar question asked earlier but I did not really understand the answer, so I'll try again: 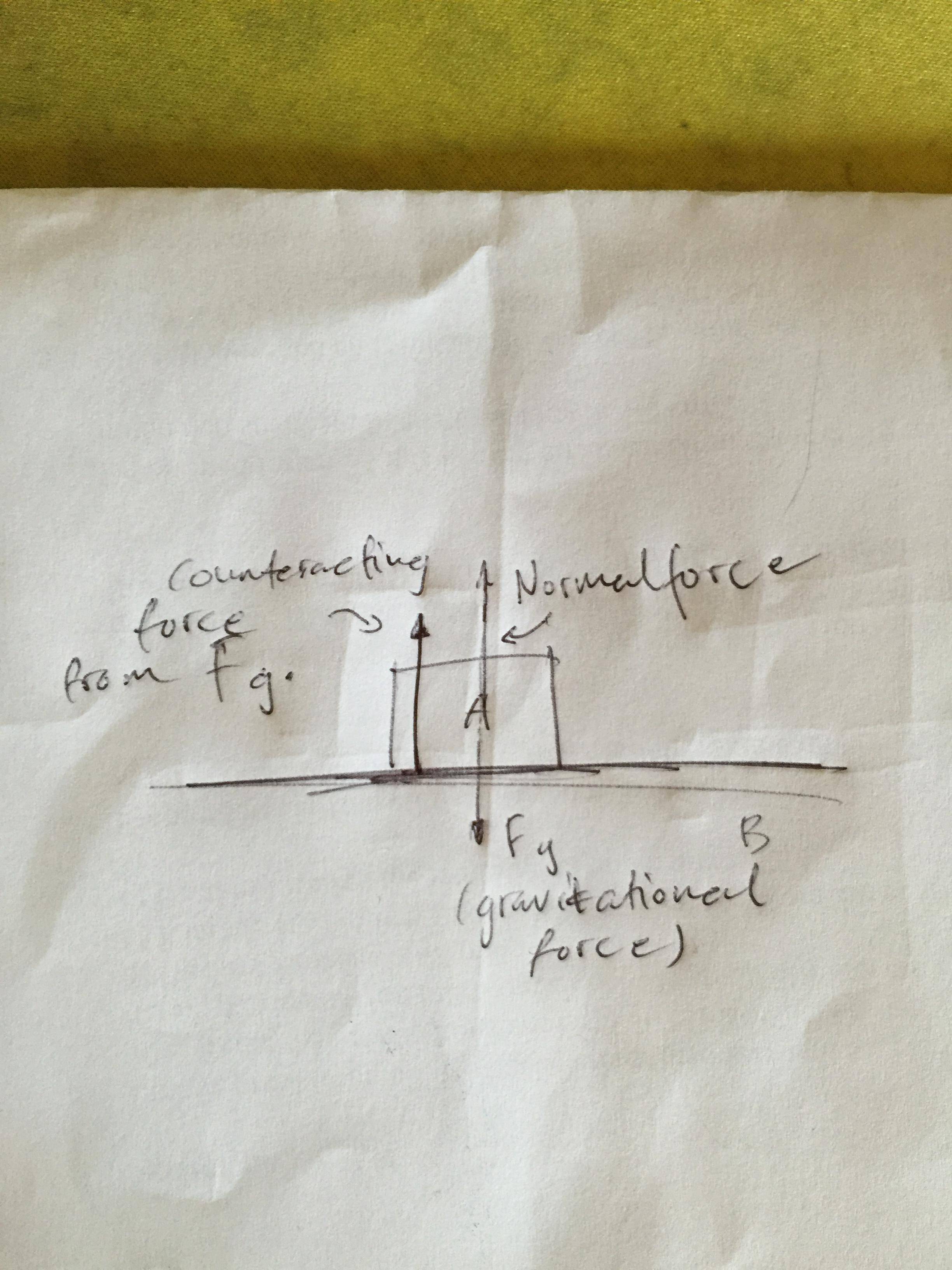 I think the core problem I have is differentiating the normal force and Newton's third law, all help is much appreciated!

Yes, you are confused. Right off the bat, object A does not exert a gravitational force on B. And I'm confused by what you mean by "counteracting force".

When doing these analyses, be sure to define your system, and focus on one system a time. Always keep in mind that a force has an object and an agent. An object cannot apply a force on itself, to answer one of your questions. Object A has two forces on it: gravity (the agent is the Earth) and the normal force (the agent is B). Since object A is at rest, there is no acceleration. Thus Newton's second law tells us $$m_Aa_A = 0 = N_{A,B} + F_{A, \mathrm{Earth}}$$ $$N_{A,B} = -F_{A, \,\mathrm{Earth}}$$ Note that this is a consequence of Newton's second law.

The term normal reaction is used when a force is at right angles to a surface and "reacting" to the presence of one object touching another object.
Such forces are set up to prevent one object passing through another object and are produced by each of the objects being (slightly) compressed when they are in contact.

Remember that when you apply Newton's third law:

In your example of static equilibrium the confusion might arise because you are dealing with four forces all of which have the same magnitude:

Update with a diagram I produced earlier. 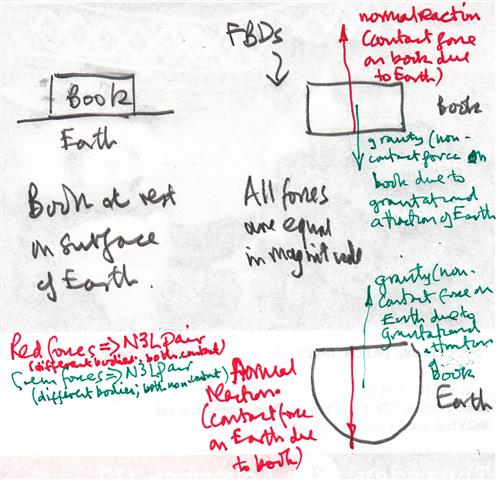 There are two Newton's Third Law pairs of forces here:

So Newton's Third Law gives no relationship between the (gravitational) pull of the Earth on the object (call it W) and the upward push (call it F) of the floor on the object.

Indeed, W and F aren't necessarily equal and opposite. For example, if the object falls on to the floor from a height, there will be a short period during the impact when F is of greater magnitude than W.

However, after a short time, F will become equal and opposite to W. We know this because the object will remain at rest on the floor, and therefore has no resultant force on it.

You may not wish to read what follows. It goes more deeply into what's happening, but it's not usually explained in textbooks, and you may find it too weird...

How can it possibly come about that F is equal and opposite to W? Remember that it does NOT follow from Newton's Third Law. What's even stranger is that an object of twice the mass (and therefore acted on by a W of twice the magnitude) must also experience an equal and opposite F on it – unless the floor gives way! How does the floor manage to supply a force that is always equal and opposite to W? The answer has already been hinted at: "unless the floor gives way" wasn't entirely facetious… Even if the floor doesn't actually give way it deforms a little. The heavier the object the more the floor deforms, and the object moves downwards a little. The more the floor is deformed the greater the upward force it exerts on the object (just as a spring exerts a greater force the more it is extended). The object achieves equilibrium when the floor is deformed enough for F to be equal and opposite to W. [You probably won't see the floor deforming; we hope the floorboards are thick enough not to deform very much, but there are methods (e.g involving interference of light) which will show the deformation clearly.]

Assume B is the earth.

This second force is the source of confusion. It is equal and opposite to gravity because it happens to stop both objects accelerating (for known reasons). It acts upwards on A and downwards on B.

This can get a bit confusing as there are sometimes distinguishable forces broken into two categories actual and effective. The summation of the actual forces must equal the summation of the effective forces. In this case the normal force is the effective force applied on the block from the floor. This force is Newtons third law. It is the equal and opposite force exerted on the block from the floor. This counter force is essentially created also from newtons second law, F=ma where a is gravity.

The normal force will always act perpendicular to the surface and equal mg.

Not the answer you're looking for? Browse other questions tagged newtonian-mechanics classical-mechanics forces gravity or ask your own question.