Pretty straightforward, couldn't find anything on Google, was hoping someone might know. Thanks in advance.

The answer is no. Close to the center of the galaxy, where the gravitational potential is dominated by the BH, stars move following a point-like potential of the form $GM_{\rm BH}/r$, that is actually one of the arguments we could use to constrain the of the MW's SMBH $M_{\rm BH}\approx 4\times 10^6M_\odot$: just track the orbits of the stars for a few years (\sim 15 yr) and fit the orbits using Kepler's laws (actually GR must be used) 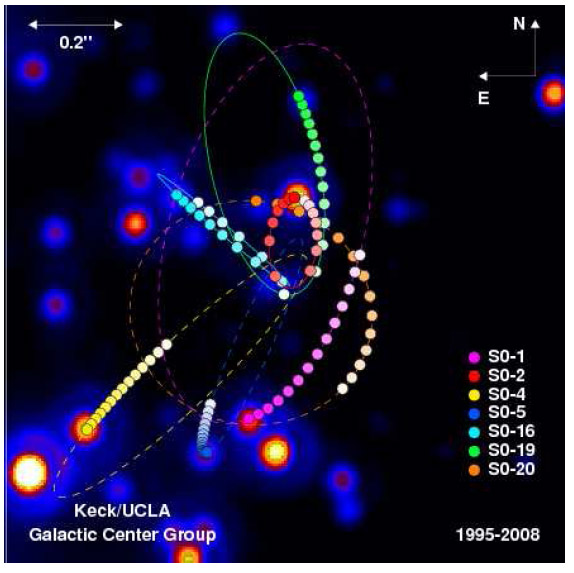 But again, this is at the very center of the galaxy, $r\sim 3000$ AU ($r \sim 10^{-3}$ pc). As you move away from the center, the potential starts to be dominated by the other baryonic components of the galaxy (bulge, disk in the case of the MW) and obviously the dark matter halo. The effect of the former is important up to a few kpc ($10^3$ pc), after that the potential is completely dominated by DM up to the "edge" of the galaxy, a couple of hundred kpc.

As @caverac writes above, in the very central parts of the galaxy, the rotational potential is dominated by the SMBH, because its mass is concentrated in a small volume. But a few parsecs out, it becomes dominated by stars, and gas and further out by Dark Matter.

EDIT: I now see that the question can also be read as whether the black hole actually co-rotates with the stars, as if the galaxy were a rigid body. As @John Forkosh comments, this is certainly not the case. Rotational speeds vary throughout the galaxy, and black holes can rotate at a large range of velocities, many of which would be impossible for stars further out in the galaxy to follow.

Not the answer you're looking for? Browse other questions tagged black-holes astrophysics dark-matter galaxies or ask your own question.

2
Is there a correlation between the mass of a supermassive black hole and the mass of its host galaxy?
1
Long string model of black hole
1
Boltzmann equation (Number density)
1
Is the Maffei 1 galaxy gravitationally bound to the Milkway Galaxy?
0
What models do physicists use in predicting the movement of stars in a galaxy that has lead to a wide-spread conviction that Dark Matter exists?
4
Percentage of Neutron Stars that leave the Galaxy