Photons from resonant biexciton excitation as basis for entanglement

I'm currently reading this paper on generating time-bin entanglement from the photons emitted by a quantum dot (QD). The process described uses a resonant excitation of a biexciton state of said quantum dot.

The resonant laser pump pulse can transfer the phase of the pump pulses (that are generated by a interferometer before exciting the QD) and thus the coherence created by the pump interferometer to the biexciton state.

The problem I have with understanding is the following: the excitation by the laser must occur to the biexciton state $| b \rangle$. This happens through a virtual level (see image). 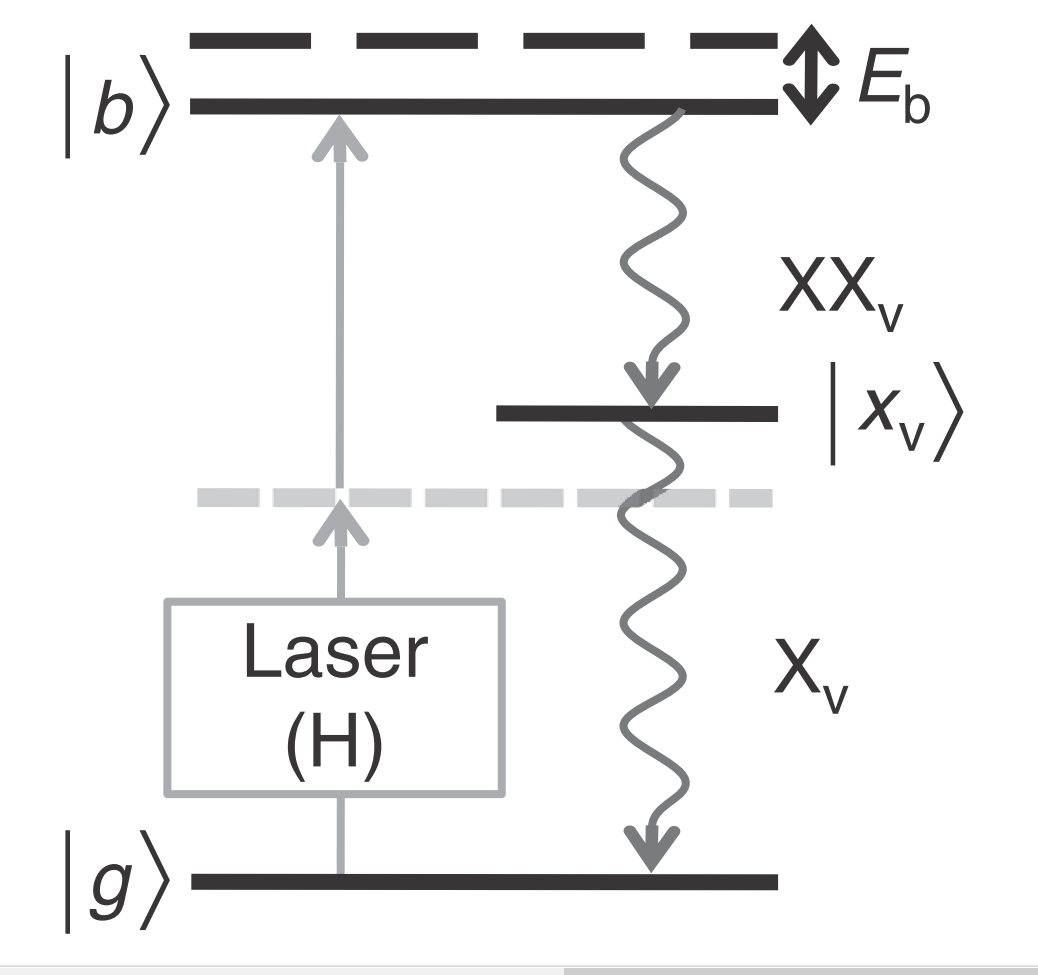 But, for this to happen it looks like 2 photons are stacked on top of each other. Can someone explain the process that allows this? So far when I heard about resonant excitation, it was always with single photons matching the "energy gap" between state 1 and state 2.

The excitation of the quantum dot happens through two-photon absorption (TPA), a process in which two photons are absorbed simultaneously leading to the creation of a bi-exciton. Since TPA requires two photons to be at the same location (of the quantum dot), its probability is proportional to the squared intensity of the excitation light (rather than linear dependence as in the case of conventional resonant excitation) and thus is a nonlinear optical process. For the same reason, TPA is a much weaker process than conventional (single-photon) absorption and requires a larger excitation intensity.

Not the answer you're looking for? Browse other questions tagged photons semiconductor-physics laser or ask your own question.

4
Decay of metastable state: spontaneous vs. stimulated emission.
1
Collision between a photon and a massive particle
0
Stimulated emission role in laser cooling
2
Shot noise in optics
4
Does diffraction (prism) conserve photon number?
1
How does interference occur in interferometers?