Sending a single photon to glass 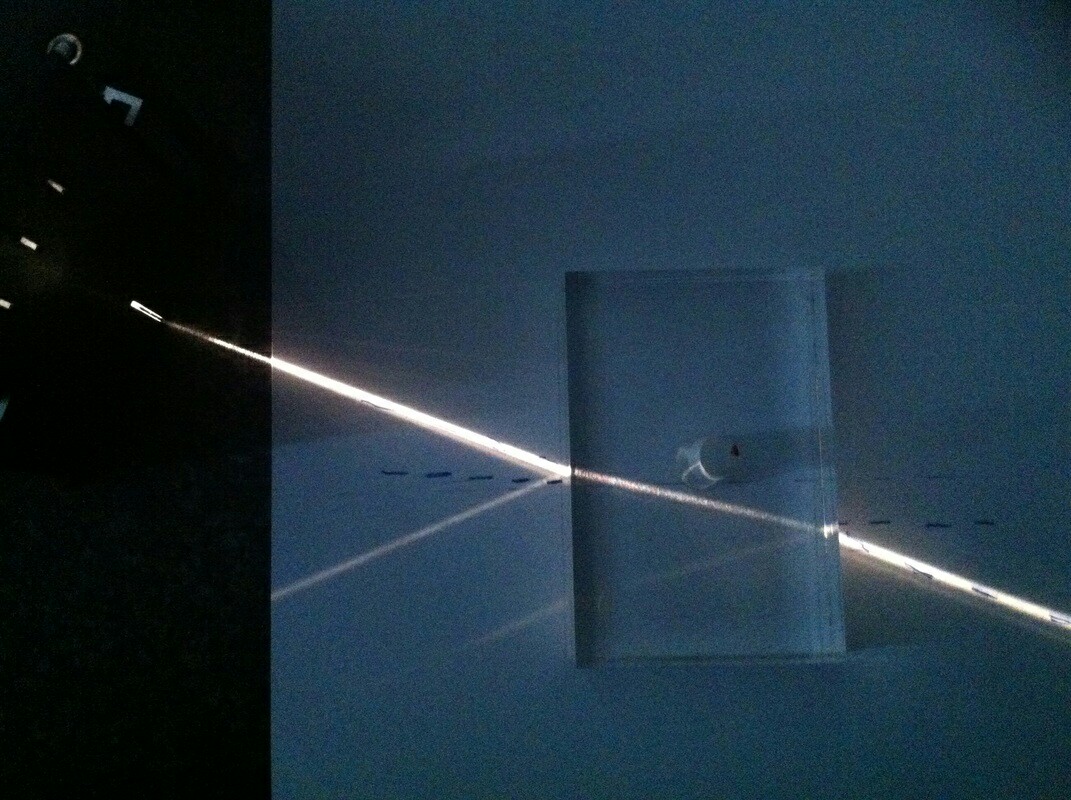 So as you can see in the image light is both refracted and reflected from the surface of glass. So what would happen if we only send a single photon. Would it refract or reflected. Would we be able to determine which path it would choose. And how would we determine its path?

It's tempting to think of a light wave as being made up from a hail of photons - something like a stream of bullets from a machine gun - but this is not the case. The relationship between photons and a light wave is a complicated one. This is discussed to some extent in What is the relation between electromagnetic wave and photon? but a full understanding requires a grasp of quantum optics.

So you cannot simply describe the process as an individual photon hitting the glass block and deciding which way to go. The photons in a light wave are delocalised objects that don't have a well defined position. In your experiment the photons are delocalised over the whole system. In effect any individual photon is simultaneously in both the transmitted and reflected rays, and indeed in all the rays present.

When you interact with the system, perhaps by detecting the photon with a photomultiplier tube (PMT), then this interaction collapses the superposition and localises the photon. It is only at this stage that we can say with any precision where the photon is.

The phenomenon in the above picture can be accurately described using classical EM waves. When you consider a single photon the system is no longer classical, but quantum, and is described by Schrodinger's equation.

The short answer to your question is: the photon will be reflected with a certain probability p, and/or* transmitted with a probability 1-p.

This problem is called a potential barrier problem. The above example is in 2D. The specifics (of the 1D problem) can be found here.

Essentially, the problem is the same as any wave transmission/reflection problem, only that the wave here is a probability-density wave.

*In QM any state can be expressed as a superposition of basis states, just like a wave can be expressed as a superposition of exp(ikx) functions. Due to a phenomenon called the "observer effect", the photon is both refracted AND reflected until the system is measured (when you actually check if the photon was reflected or transmitted); then the system is said to 'collapse' into one of the states. This phenomenon (and its absurdity) is the subject of the "Schrodinger's cat" thought experiment.

89
What is the relation between electromagnetic wave and photon?

1
If a silver atom scatters light isotropically, what happens if only a single photon is scattered?
7
Is reflection and refraction the same thing - bouncing of light?
5
Single Photon though prism
2
How does a single photon behave propagating through glass?
0
Why can't two truly identical experiments on quantum scale give the same result?