What are the problems with using spirit level experiment to prove the flat-earth theory?

Full disclosure: I do not believe the Earth is flat. However, a guy recently posted a YouTube video that purports to prove that the Earth is flat due to there having been no changes in the position bubble in a spirit level (possibly better known as carpenters level) that would have accounted for the plane's nose dipping to compensate for the earth's curvature.

Naturally, this led to attacks from commenters saying how stupid he is. What was interesting is that, despite it being more rational to believe that that the earth is indeed round from observations such as looking at the curvature of the horizon through a plane window or noticing the differences flight times (for those who have travelled internationally) for, say, flying to China from Europe (heading eastward, which I have done) or flying to China heading westward from the US (which I also have done), there was a lack of scientific rigor in these observations (and in the comments refuting his claim).

Could someone explain, in as plain of language as physics permits, the flaws of the spirit level experiment (and if the flaw is in the instrument itself, what would occur if a different leveling instrument were used)?

I see that there are a lot of questions about Flat-earth theory already on stackexchange so, once again, I want to emphasize that I am only concerned with the flaws of this particular experiment and am not looking to impugn Flat-earth theory altogether. As an aside, while I am not convinced that the Earth is flat, there is something respectable about an individual performing an experiment to determine something on his own rather than just accepting what books/teachers tell him.

You would have to use a sensitive gyroscope, not a spirit level, to notice if the pilot was "dipping" the nose of the plane to follow the curvature of the earth. You don't "point below the horizon" to get to your destination!

The thing he is describing can be captured in this cartoon: 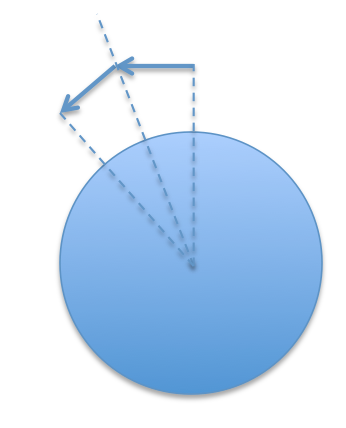 The distance from North Carolina to Seattle is about 4000 km (1/10th of the circumference of the earth), and it takes about 6 hours. So assuming that the earth is a stationary ball, you would have to "dip" by a total of 36 degrees over the course of 6 hours, 6 degrees per hour, or 0.1 degree per minute. Of course, if you are on a spinning earth, you are moving 360 degrees in 24 hours, and move 15 degrees per hour. Assuming that you move in a straight line for 10 minutes, then make an adjustment - then you would see the plane "dip" by 1 degree, and slowly pull up again. But if you did that, your altitude would keep changing. The pilot keeps the altitude constant, so the "dipping" of the plane happens so gradually that there is NO WAY you could see it with your spirit level. If he flew in a "truly straight line" for a minute, then adjusted by 0.1 degree - would you see it? Of course not.

There are other, more sensitive instruments you could use. There's something called a gyrocompass. In this, you mount a gyroscope so its axis is spinning horizontally, but it is free to change its axis of rotation in the horizontal plane. If you take such a gyroscope and leave it spinning with its axis pointing in an arbitrary direction, then as the earth rotates (15 degrees per hour) the axis of the gyroscope would try to lift out of the horizontal plane. If you prevent this (with the gimbal holding the gyro) then the only thing that the gyro can do is rotate towards the North pole - and that's exactly what happens. After 6 hours, it will be pointing to the true (rotational) North, and stay there. If you move it, it will come right back.

That can only happen because the earth is rotating. There are variations of this experiment you could attempt in a plane, to prove that the nose is "dipping" (you would have to account for the rotation of the earth). In fact - this is one of the navigation aids they use on most planes - because it is more accurate than a magnetic compass (and doesn't change with local magnetic fields). The plane also uses GPS - which again wouldn't work very well if the earth turned out to be flat (how do they keep those pesky satellites in orbit?)

Doing an experiment to verify a theory is great; but you have to make sure you understand the limits of your instruments and the accuracy required, before you make any claims.

Incidentally - when the author claims the bubble is "nice and flat", take a look at a couple of frames from the video and ask yourself - if this is "flat", what would a dip look like? 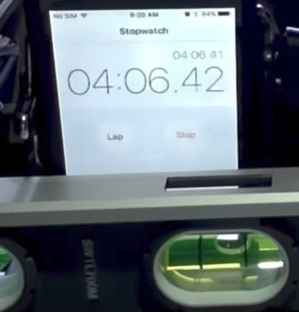 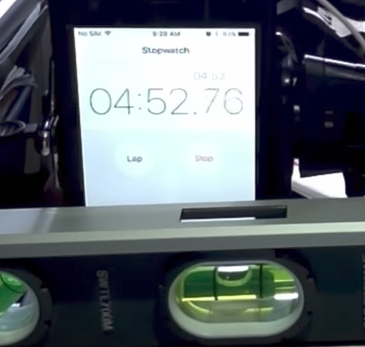 1) If you are trying to measure the downward angle a plane takes and that is 8 inches per mile.

That comes out to a downward angle of 0.00723 degrees. That would be impossible to tell on a standard level.

That is not something that can be measured by a level.

If a black box had all those adjustments recorded, then maybe we could interpret the 8 inches per mile down angle from that.

It's just too slight to notice. The world really is too big to sense with our eyes alone!

BruceBruce
1
$\endgroup$
2
Add a comment  |
Highly active question. Earn 10 reputation (not counting the association bonus) in order to answer this question. The reputation requirement helps protect this question from spam and non-answer activity.

Not the answer you're looking for? Browse other questions tagged earth measurements curvature or ask your own question.

66
What is the simplest way to prove the Earth is round?
0
What is the Willmore energy of the Earth (or the geoid)?
8
Earth curvature refraction for dummies
3
Flat Earth experiment, but with gyroscope
3
Would the Foucault pendulum experiment work on a rotating flat Earth?
2
Closed Room Experiment to prove Earth isn't flat
0
What formula is used to calculate the drop off due to the curvature of the Earth?