What advantages have a symplectic or geometric integrator over a simple one, say, RK4?

I heard that a symplectic integration algorithm has a property related to the phase space of a system, but i don't understand much further than that.

I'm interested in applying that method to a non-linear and forced oscillator, but I don't know what advantages it has over the Runge-Kutta method.

I would appreciate an explanation.

With symplectic integration schemes you are concerned with preserving the flow $\varphi(t)$ of your hamiltonian which is defined as a symplectic transformation. Classical integration schemes such as RK4 do not necessarily preserve this. The flow of a system is a mapping which progresses the solution over a time $t$. If you you have a Hamiltonian system with an initial condition given by $$ y(0) = (p(0),q(0))^T,$$ then we define the flow as $$ \varphi(y(0)) = y(t).$$ Mathematical we say

$$ \det \dot{\varphi} =1. $$ There are many advantages over using a symplectic integration scheme for e.g. conserving first integrals and long term stability due to the preservation of the flow. 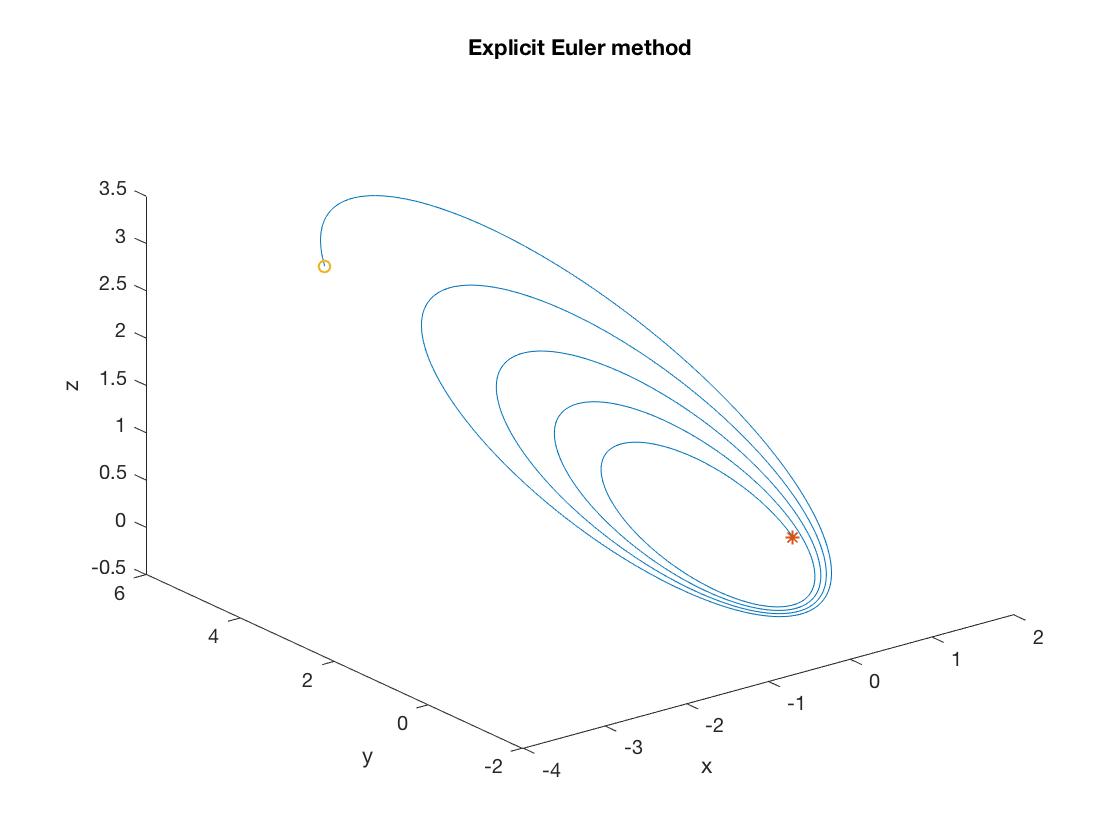 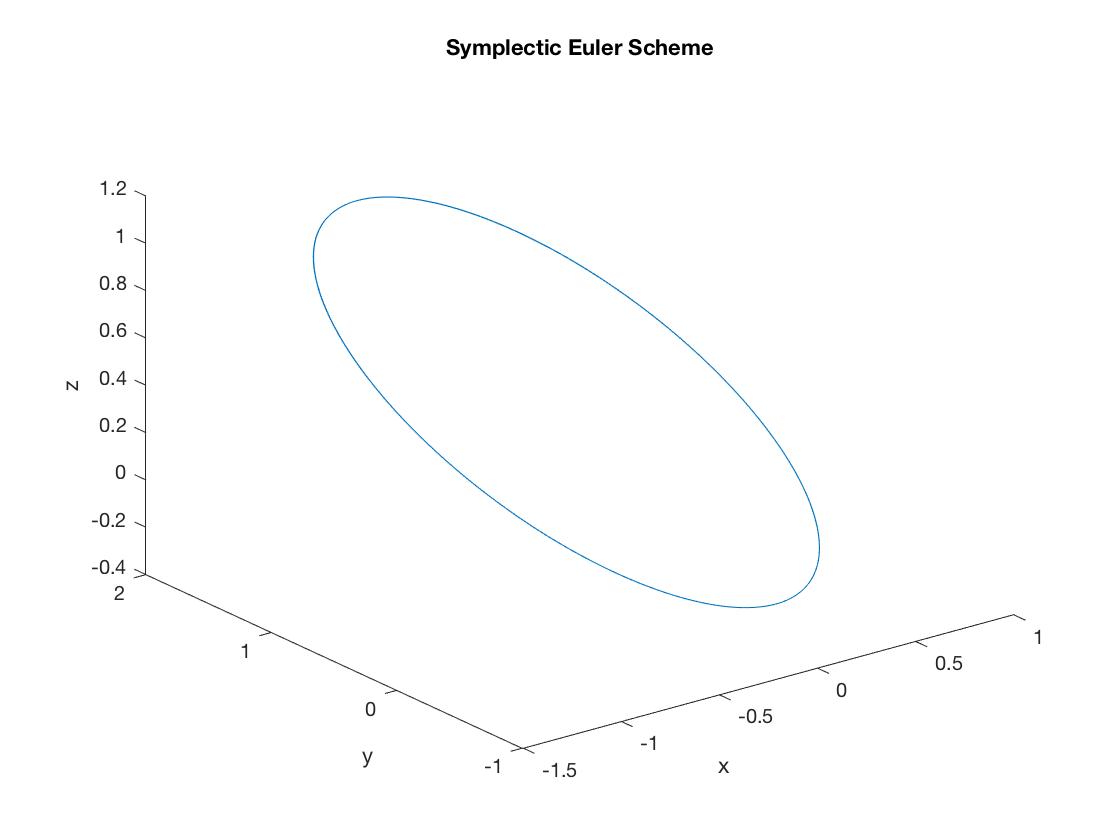 Another great advangtage is the fact that symplectic integration schemes prserve conserved quantities such as total system energy and angular momentum. See below for a plot: 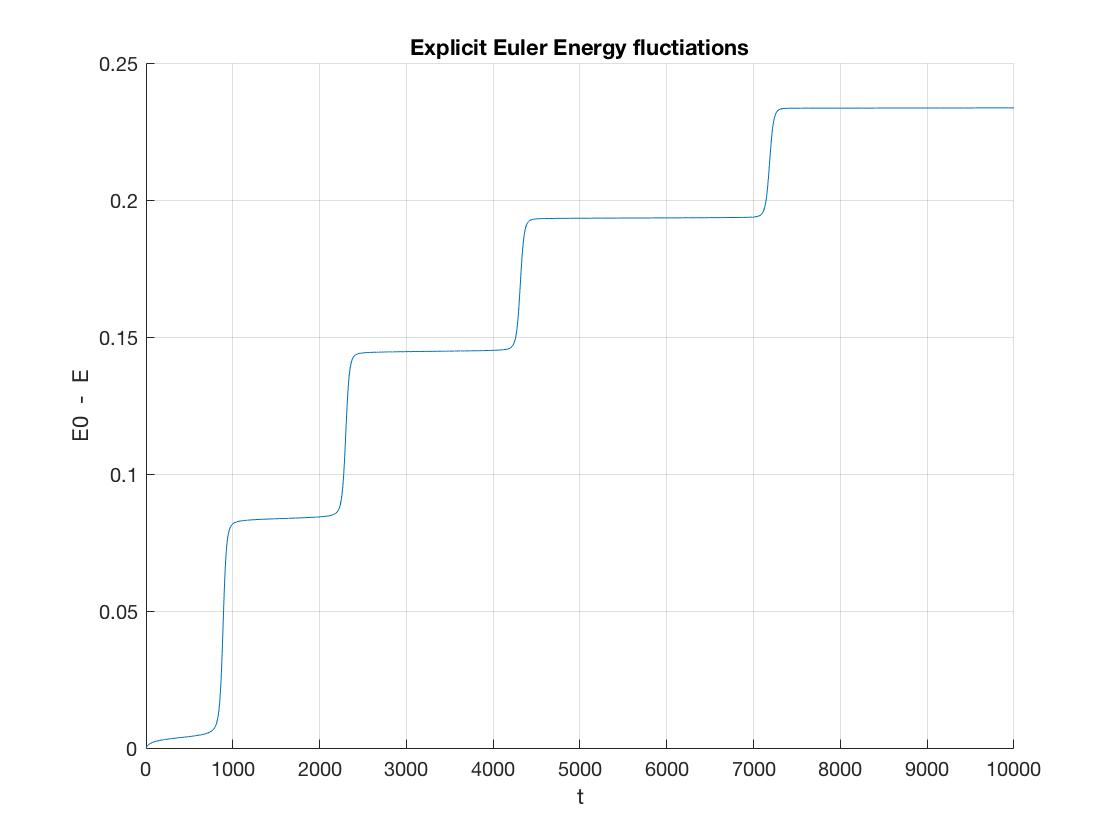 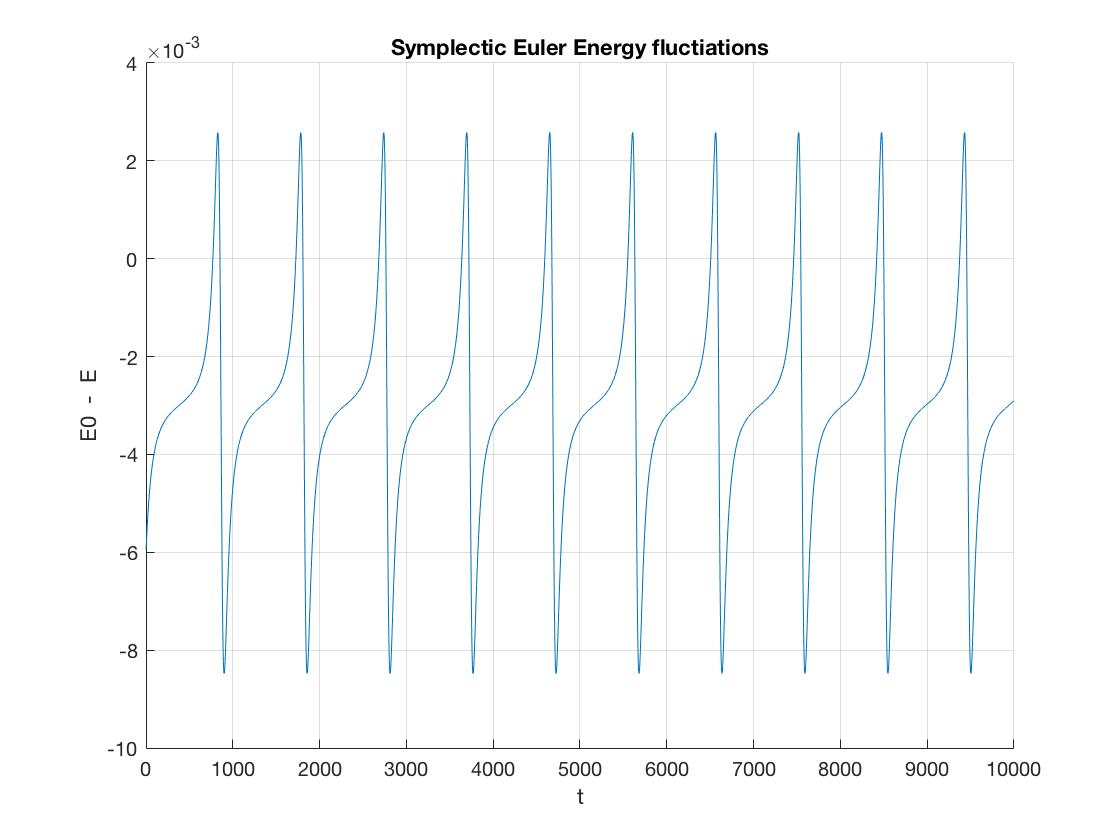 11
Runge Kutta Method for a Lindblad Equation
4
How to conserve momentum when numerically-integrating the path of a charged particle through a magnetic field
3
Simulation of relativistic probe passing through an external solar system
1
Acceleration to Displacement
3
How can I evaluate the accuracy of my n-body simulation?
1
Modification of the Verlet algorithms for the pendulum problem