The rate of electrons emitted by the photoelectric effect

I had this question in my exam: 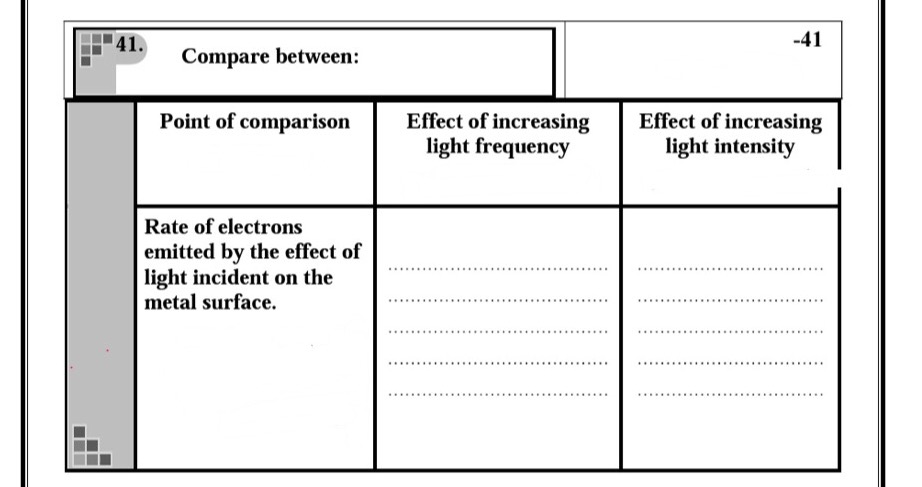 when increasing the frequency nothing will happen (the rate will not increase).

when increasing the intensity the rate of electrons emitted from the surface will increase.

Is my answer correct? Because some of my classmates had different opinion which I don't understand, they said:

when increasing the frequency the rate of the electrons emitted will increase.

when increasing the intensity nothing will happen (the rate will not increase).

Intensity is the total amount of energy falling (or going through) per unit area per unit time i.e, $\frac{J}{m^2.s}$.

For constant area and time,

This is a very important result. You can increase the intensity of the radiation by either increasing the number of photons in it or increasing energy of each photon, or both.

How the current can be increased ? :

A single photon with energy equal or greater to the work function $(\phi)$ of the cathode plate will knock out a single photo-electron (Considering no energy is lost by the electron in collisions with other electrons and atoms of the plate).

The statement that increasing the intensity increases the number of electrons emitted by the cathode plate is indeed correct, but incomplete.

We have to be a little bit more specific.

Specifically, At constant frequency, if the intensity is increased then the number of photoelectrons will increase.

You are correct. Increasing frequency , in no matter increases the rate of ejection of photo electrons because one photon is responsible for one photo electron's ejection only , while increasing the intensity guarantee you an increase in electron ejection provided that the frequency of incident light is greater than threshold frequency of the concerned metal

Not the answer you're looking for? Browse other questions tagged homework-and-exercises photoelectric-effect or ask your own question.

3
Photoelectric effect as proof of the particle-like nature of photons
-3
Why do different metals have different work functions?