I am studying the multipole expansion of electromagnetic wave radiation pattern, and it is said that any fields can be decomposed into the spherical harmonics $Y_{lm}$.

However, for $l=1$, which corresponds to a dipole, the spherical harmonics looks like a dumbbell, as shown in the attached picture, but we know that an electric dipole should have a doughnut shape radiation pattern, I don't understand why they don't match, is there any relationship between them? 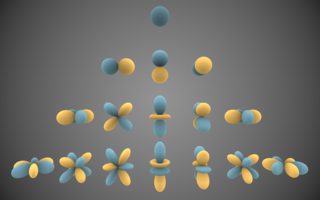 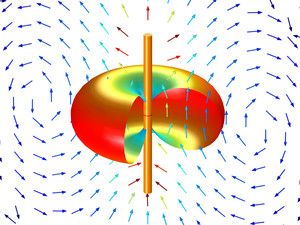 The second plot you show is a generalization of the $Y_{lm}$ - it's a vector spherical harmonic; in addition, it differs from the electrostatic case in that the radial dependence is no longer a harmonic function (i.e. a solution to the Laplace equation), and it has been replaced by a wave solution (a spherical Bessel function, a solution to the monochromatic wave equation).

You can go into more mathsy detail if you really want (e.g. this for the general formalism, or this when you specialize to $l=1$ and stop caring about formal identification as spherical harmonics), but that's the core of the difference between those two.

Not the answer you're looking for? Browse other questions tagged electromagnetism optics multipole-expansion spherical-harmonics or ask your own question.

10
What is the physical meaning of the terms in the multipole expansion?
3
Meaning of terms and interpretation in the electric multipole expansion
3
Spherical harmonics
0
Show that the electric dipole term vanishes for a particular current
2
Can one force the octupole moments of a charge distribution (neutral and with vanishing dipole moment) to vanish using a suitable translation?
4
Understanding multipole expansion in classical electrodynamics
1
Electric dipole field and spherical harmonics
1
The pulse has the same extent in space at any point along any radius $r$
0
Magnetized Sphere