Problem in determining constructive or destructive interference of sound waves

if two speakers are separete from each other by 5.25m and an observer is 50m away in the same line that on of the speakers. What type of interference exist?

The speakers are in phase and have a frequency of 1.5khz.

I have problems to resolve this exercise. The formulas for destructive and destructive sound waves are not giving integer numbers.

It's not giving me an integer number. So, what kind of interference is this?

homework-and-exercises waves acoustics interference
share|cite|improve this question
edited May 15 '17 at 20:15

You want to work out whether the sound wave observed is greater than that of an individual sound source (in which case the interference is constructive), or less (in which case it's destructive). 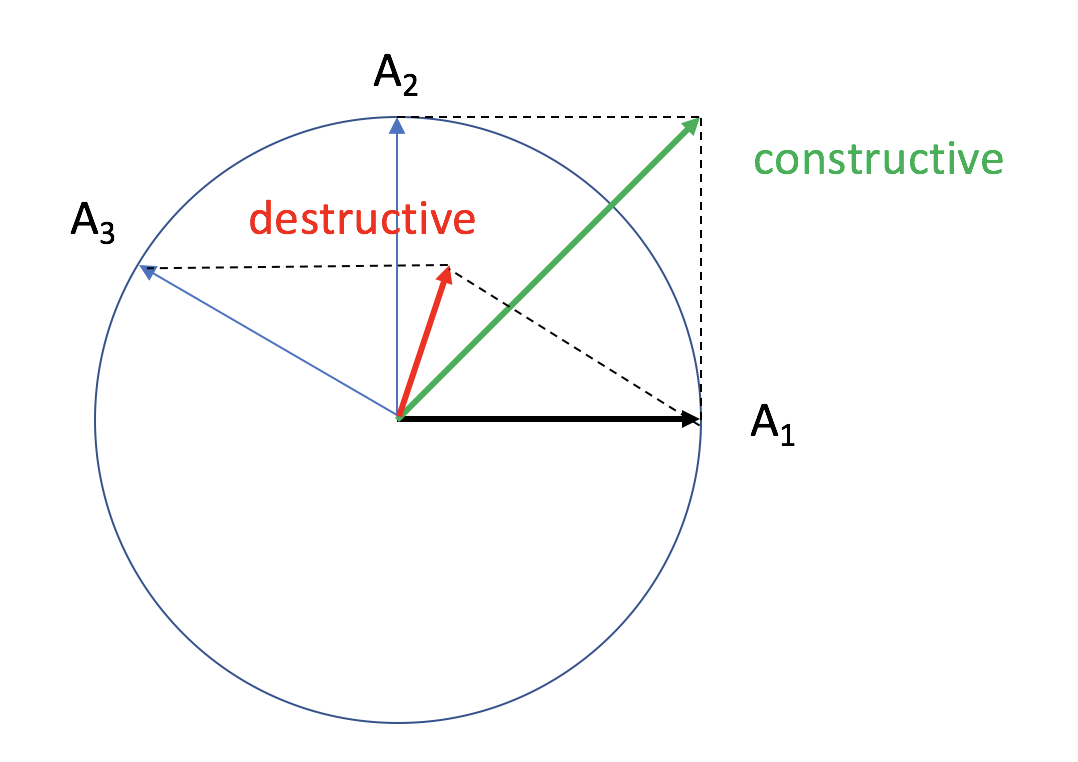 Not the answer you're looking for? Browse other questions tagged homework-and-exercises waves acoustics interference or ask your own question.