Rotating table with a groove having a ball within

A circular table of radius R is rotating with an angular speed Ω. It contains a groove of lenth L starting from the center of the the table and running along the radius vector of the table. A ball of diameter as same as the width of groove is kept in the groove, with initial velocity 0 ,at a distance a from the centre of the table. How can you describe the "motion" and the "forces" acting on the ball as when observed from an inertial frame? Please help me with this. 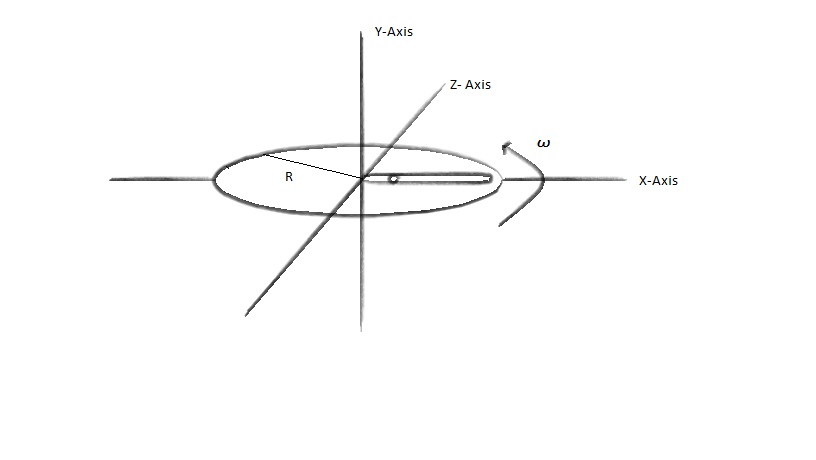 What i think is,As considered from a non inertial frame,consider rotating coordinate axes rotating with the same angular velocity as that of the table.Let the ball be moving along the +ve x axis. Now, the weight (mg) (along -ve Y Axis) will be cancelled out by the normal reaction force N3 ( Along +ve Y Axis ). The normal reaction forces along the N2 is cancelled out by the N1 and the Coriolis force. The ball is then accelerated along the +ve X-Axis axis by the centrifugal force.

But now, when i consider from an inertial frame, there is no Coriolis force, hence, N2 dominates over N1 ( but i cant find any tangential acceleration since the table is moving with a uniform angular velocity) and i cant find any forces which can give the ball an outward acceleration(as it has to be moving outward) or any centripetal force( as it should be changing its direction along with the groove).

I find myself in total confusion!!

Use the equations of motion in polar coordinates to describe the motion of the ball.

For your problem you will observe that the disk is spinning at a constant rate, so $\dot{\theta} = \Omega$ and $\ddot{\theta}=0$. Also you will see the ball is free to move along the groove and hence $F_r = 0$.

Use the above equations for solve for the radial acceleration $\ddot{r}$ and the groove reaction force $F_t$.

1
How to explain centrifugal force from frame of reference of Earth?

4
If a pendulum is on a rotating table, will a torque be generated?
2
Pseudo force in rotating frames
1
How to explain centrifugal force from frame of reference of Earth?
2
If a ball is kept on the table, then what forces are being exerted on it?
1
Am I understanding the concept of rotations correctly?