Is the deceleration of a body coming to rest due to friction completely smooth right up to the end?

Referring to the (empirical) laws of (dry) friction from Wikipedia it would appear that the deceleration is constant until the speed is zero.

"Coulomb's Law of Friction: Kinetic friction is independent of the sliding velocity."

I'm wondering though whether there is a threshold (speed) below which the body will suddenly stick (i.e. stop), similar to the static friction (force) threshold before which motion doesn't start.

I think this is a complex situation than cannot be resolved only considering rigid bodies. IRL everything is "deformable" and as a result not all parts of a sliding body may move with the exact same speed.

As a body is sliding under friction it is reasonable to assume that the force of friction deforms the body in a shear fashion like this:

Now, at the moment where the object stops (or rather starts to stop), the friction force might instantaneously jump up in order to remove enough momentum from the bottom part of the object to stop (at an instant).

But the rest of the body will still be in motion, and a damped oscillation would occur during which the contact friction force will vary. In the end the motion and friction will die down.

Qualitatively I would describe the situation as follows: 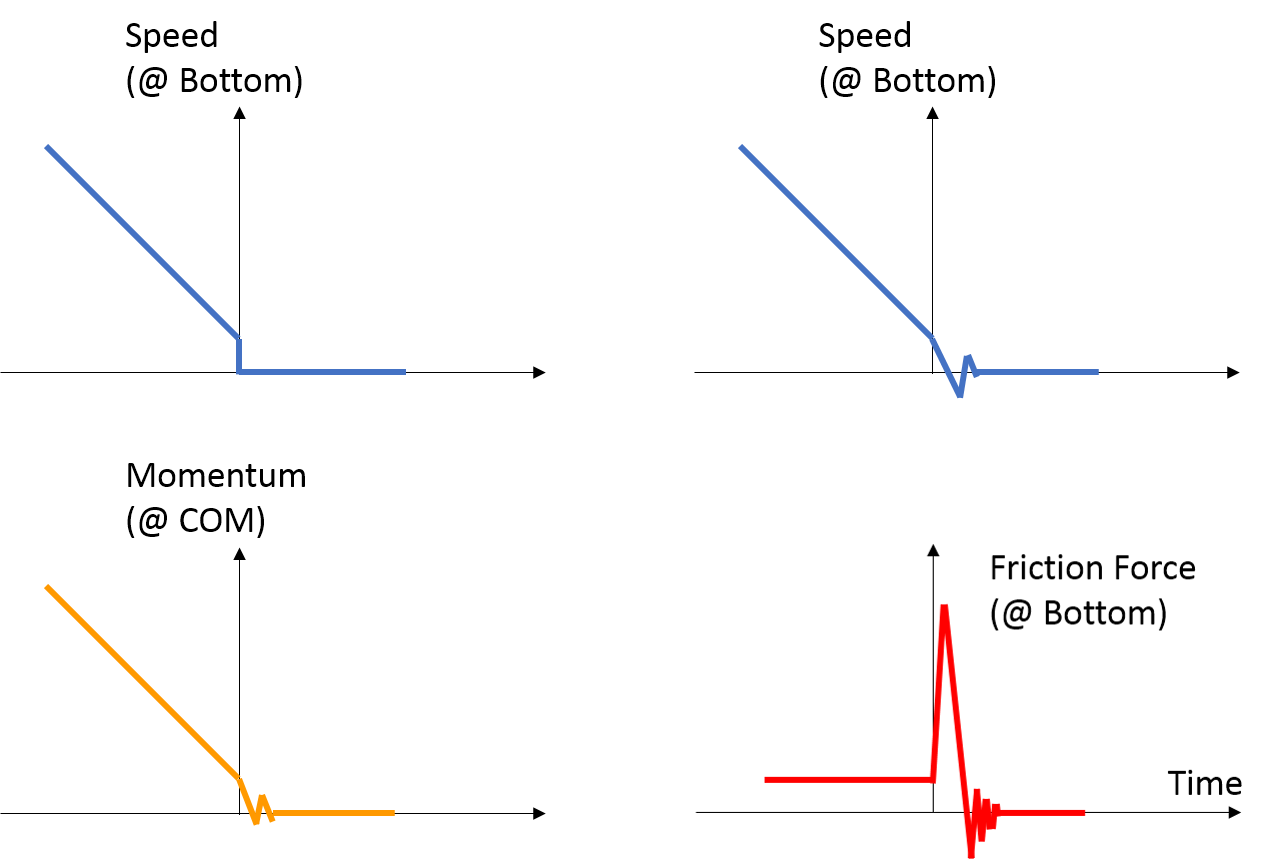 You can imagine the molecules binding up as some very small speed at the bottom, and the top part swinging back and forth for a short amount of time.

Both static and dynamic friction are limited, but to go from speed $v$ to 0 in $t$ seconds requires an acceleration of ${v\over t} \frac{m}{s^2}$. But there is a limit to how small $t$ can be because the acceleration is limited due to the limit in the friction. So there are no jumps in the speed, as it will always take some time to change the speed.

Not the answer you're looking for? Browse other questions tagged newtonian-mechanics friction contact-mechanics or ask your own question.