The first Brillouin zone boundaries are at the wave vectors $\mathbf{k}= \pm \pi / a$, so that a normal dispersion curve looks something like this: 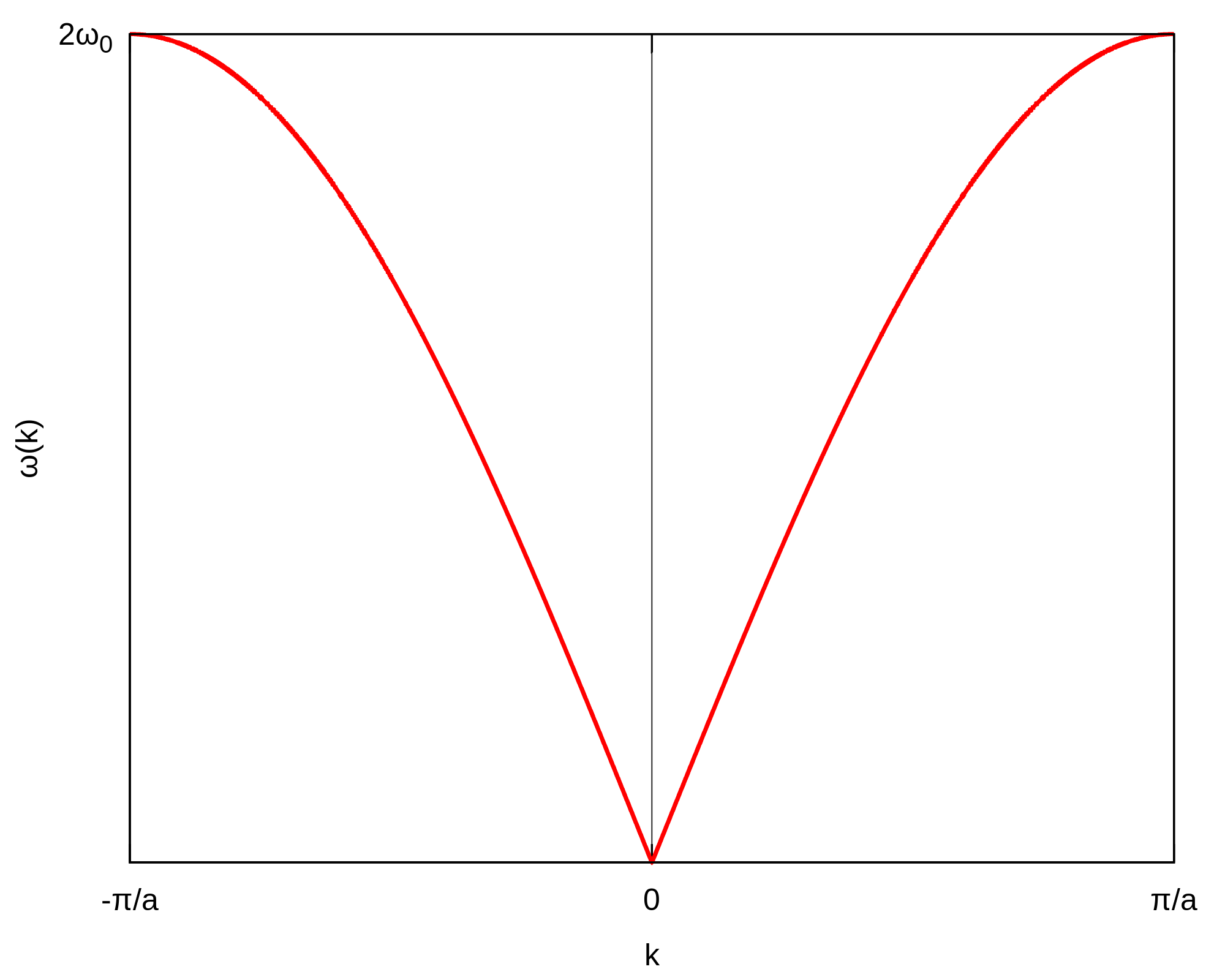 It is common to identify the $\mathbf{k}$ vectors with three coordinates: $(k_x, k_y, k_z)$. These coordinates arise from using reduced wave vector coordinates, as stated in Dove Introduction to Lattice Dynamics, page 23:

I have got problems obtaining the reduced wave vector, for example at the first Brillouin zone boundary, $\mathbf{k} = \pi / a$, I do not see why this point in reciprocal space is $a^*/2$.

I assume $a^* \equiv 2\pi/a$ is the length of the reciprocal lattice vector, since it would make sense in this context.

For phonons, the reason why the brillouin zone boundary is halfway to the first reciprocal lattice point is that the shortest wavelength you can have is a sign change from one atom to the other. Picture a chain of atoms with the first up, the second down, the third up again. There is no shorter wavelength than this. We also know that the solutions are plane waves (in the simplest case), which means (1D) $s(x) = \mathfrak{Re}(A\cdot e^{ikx})$, where $s(x)$ is the amplitude of the atom at position $x$ and $A$ is the maximum amplitude of the oscillation. For this to change sign from site to site, $k\overset{!}{=}\pi/a$, which you can easily verify.

The brillouin zone is constructed in such a way that it is sufficient to consider all $k$-points inside it, as it can be shown that they are equivalent to points outside. We know the waves to have bloch form $$s(x) = e^{ika} u(x)$$ where $u(x)$ has the periodicity of the lattice. From this expression we can see, that $ka$ gives you the phase change from one lattice site to the next. If now $ka$ is bigger than $\pi$, say $\pi+\Delta$, this point on the $k$-axis is equivalent to $-\pi+\Delta$, because $e^{i(\pi+\Delta)}=e^{i(\pi+\Delta -2\pi)}=e^{i(-\pi+\Delta)}$. So we see that looking at $k$-points up to $\pi/a$ is sufficient for all properties, because the points outside have an equivalent point inside. And by construction of the reciprocal lattice (its first point in the positive direction is at $2\pi/a$), this is precisely at $a^*/2$.

Not the answer you're looking for? Browse other questions tagged quantum-mechanics solid-state-physics harmonic-oscillator crystals phonons or ask your own question.