Motion of a mass attached to a rotating spring

Consider a spring of spring constant $k$ and natural length $l_0$. One end of the spring is fixed to the origin $O$ and the other end is attached to a mass $m$ which is free two move frictionlessly in a 2 dimmensional plane. Define $\Omega=\sqrt(k/m)$

I would like to study the motion of the mass. Ideally, i would like to express it's motion in polar coordinates, if it's possible. If not, I would like to see if there's still some interesting information we can extract from the problem, for example the existence of closed and closed,periodic orbits.

We already know the special case $\omega_0=0$ is the classic harmonic oscillator. Also, it's easy to show that if $\omega_0=\omega_{0,circ}=\Omega\sqrt{1-l_0/r_0}$ then the mass moves in a circular orbit of radius $r_0$ and angular frequency $\omega_0$. Using the effective potential energy we easily show that this orbit is stable.

In the general case, the orbits of the mass about $O$ are always bounded, since the total energy is positive:

In case I, if $\omega_0<\omega_{0,circ}$ then the spring begins compressing immediatley and mass is pulled towards the origin; the mass moves past the origin and then reaches some maximal distance as the spring stretches, etc. If $\omega_0>\omega_{0,circ}$ then the movement is similar except the spring begins by stretching. I wrote a python simulation of the particle's motion. Below is an image from the an example Case I motion (the origin is the center of the window). 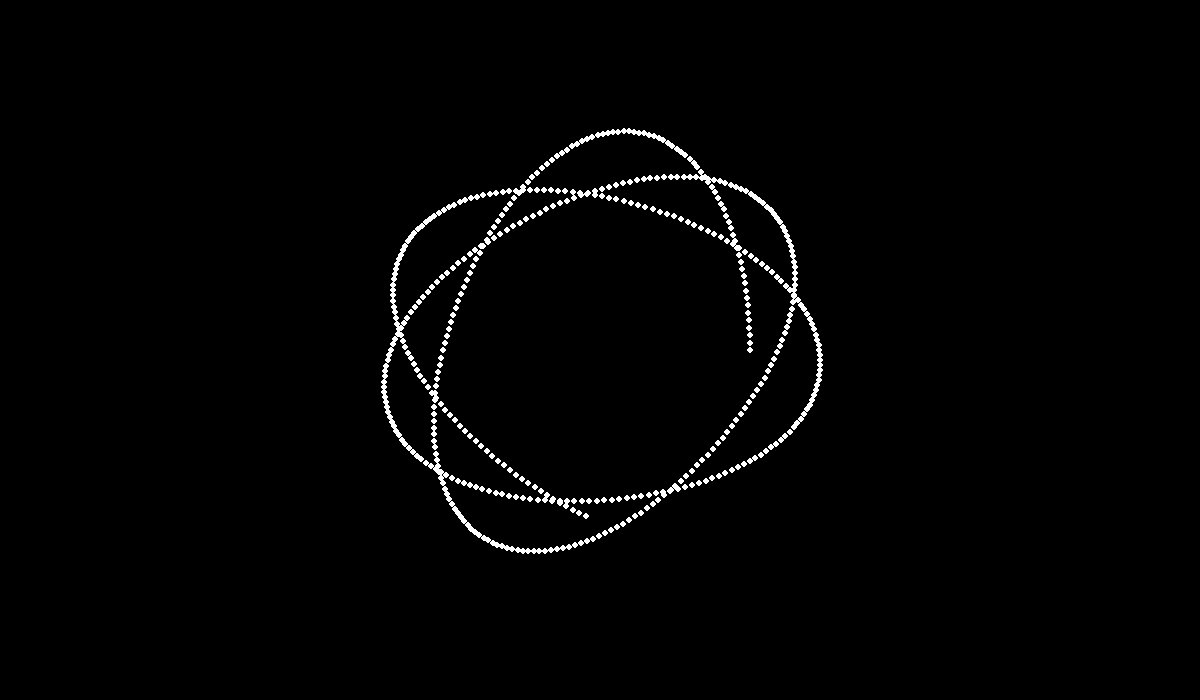 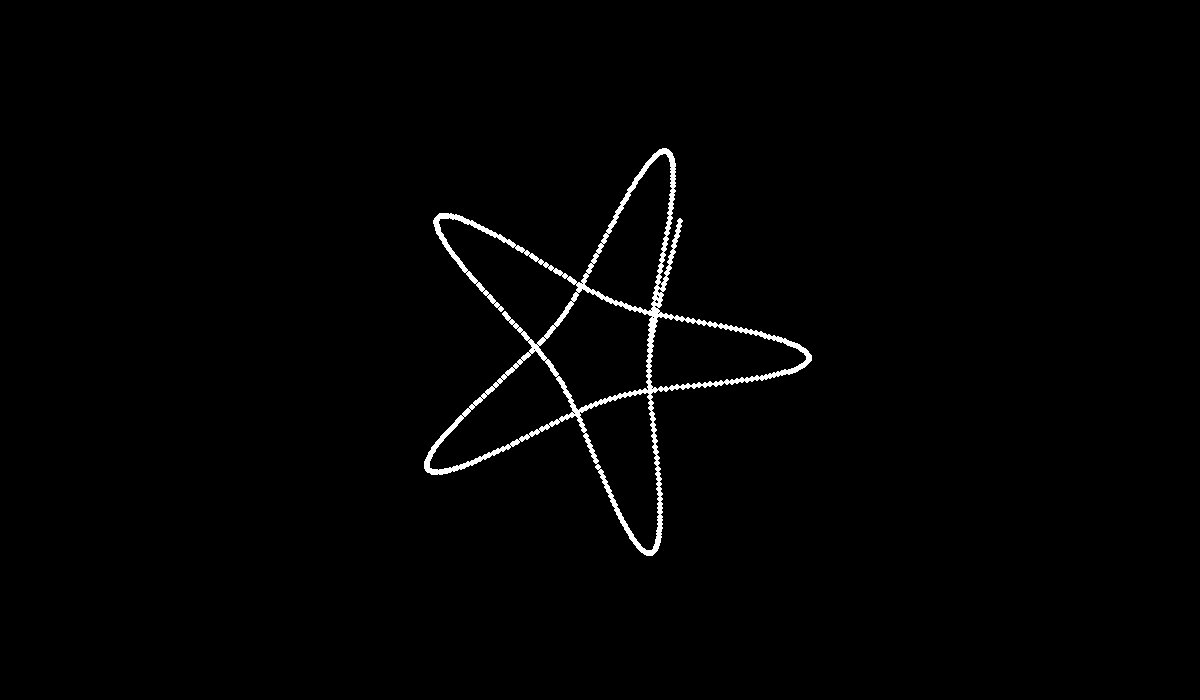 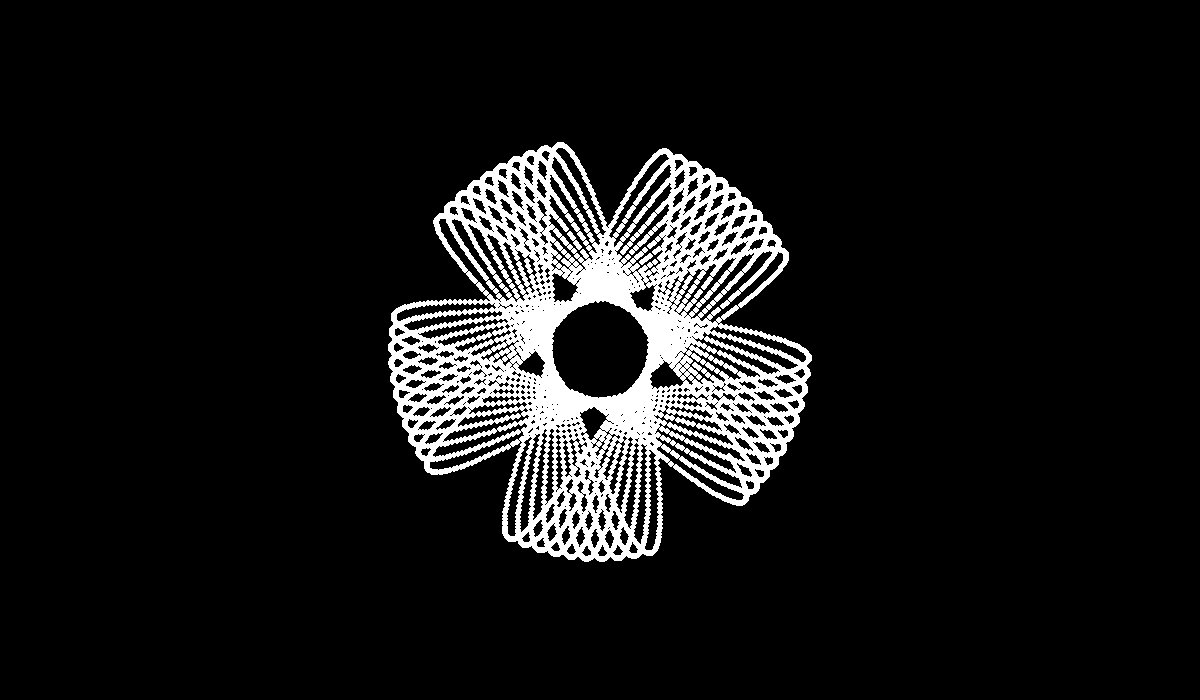 By standard methods I have derived the following differential equation relating $r$ and $\theta$:

where $E$ is the total energy (which is conserved) and $L=mr^2\omega_0$ is the angular momentum (also conserved). I don't whether this is solvable, but it doesn't look to be...

homework-and-exercises newtonian-mechanics
share | cite | improve this question | |
edited May 12 '17 at 0:26

The easiest way to solve this is Lagrangian mechanics. The Lagrangian is defined as $L=T-V$, where $T$ is the kinetic energy and $V$ is the potential.

Ok, now what? In order to extract useful information from the Lagrangian, we use Lagrange's equations:

This gives us the full equation for $q=r$:

With those two equations, we can solve for each for $\ddot{r}$ and $\ddot{\theta}$ respectively, obtaining some equations of motion.

Note that $\frac{\partial L}{\partial \theta}=0$; this is actually a statement that the angular momentum is conserved! This conservation law is a form of Noether's theorem. The symmetry here (that the Lagrangian is invariant in $\theta$) corresponds to a conserved quantity.

1
What is the motion of a mass 'circling' a spring?
1
Mass attached to elongated spring and rotating around fixed point

2
Bungee jumping - find spring constant
0
What is the equation of motion for a driven spring?
1
Driven harmonic oscillator problem : change of variables and expressing the extension of the spring
1
2 spring 1 mass system, find the equation of motion
2
Approximations for a spring pendulum's equations of motion in 2D
0
Simple Harmonic Motion for Mass Attached to Vertical Spring