Direction of the force on eddy currents 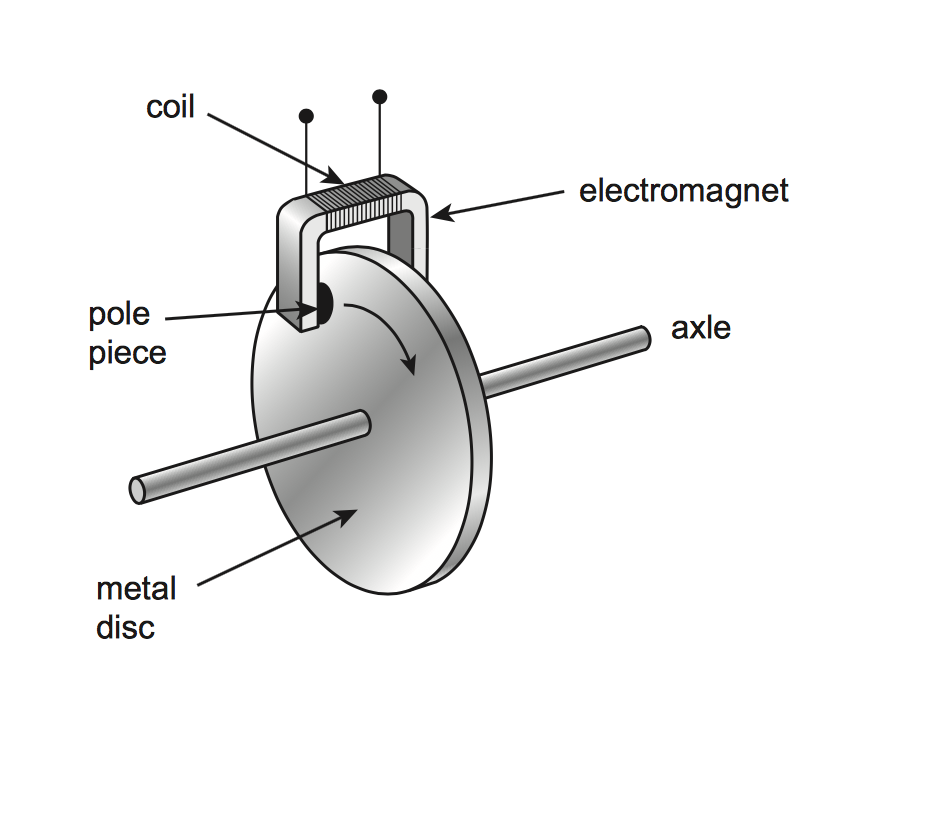 When a current passes through the coil, I am happy that if the metal disc rotates and cuts the flux, then eddy currents will be induced in the metal disc to oppose field of the electromagnet.

My question is, what is the direction of the force on the currents, or how you work it out, as I know that the disc will stop as the force created will oppose that of the motion of the disc, but how can this be if the currents are on the surface of the disc?

magnetic-fields electromagnetic-induction
share | cite | improve this question | |
asked May 9 '17 at 19:37

You're right that the magnetic force with oppose the rotation disc so the force on the eddy currents would be in the opposite direction of the disc's motion. 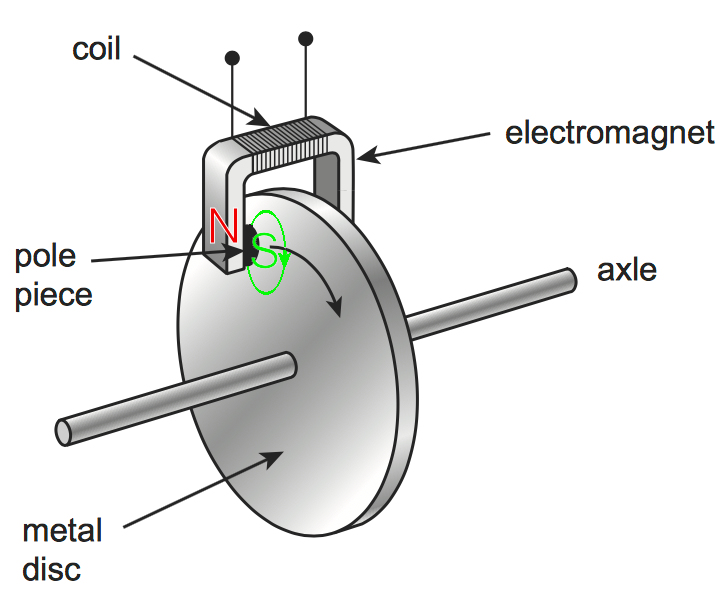 There are equivalent forces on the electron magnet trying to move it in the same direction as that of the disc.

This video of Arago's disc is one of many video available on the Internet to show this effect.

Not the answer you're looking for? Browse other questions tagged magnetic-fields electromagnetic-induction or ask your own question.