When studying the Stern-Gerlach experiment, books (and professors) usually consider a collimated beam that is eventually splitted by the interaction between magnetic moment and the non-homegeneous magnetic field. In this case, if the field is OFF you should be able to see a single point on the collector plate, and if the field is ON you should see two points (actually three). Like this: 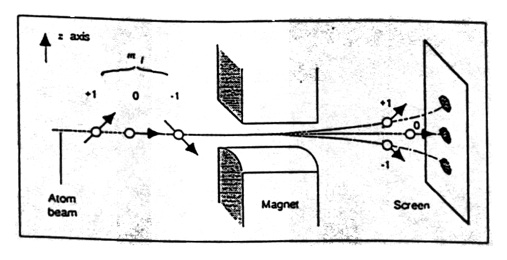 The original Stern-Gerlach experiment results in sort of an "eye" shape. What is the cause of this elongated shape? I initially though that this was caused by the shape of the atoms beam (the first photograph of the next image shows a line, not a point), but in this case I can't wrap my head around why the extremities of the beam should touch and only split in the middle when the field is ON. Shouldn't I see two straight segments instead? 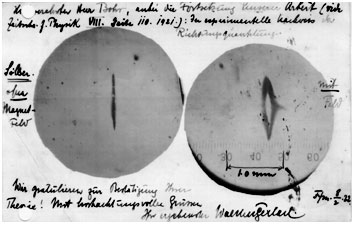 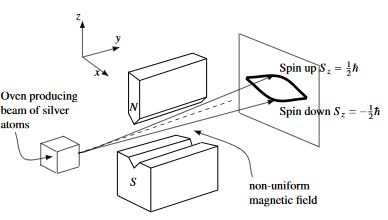 Not the answer you're looking for? Browse other questions tagged quantum-mechanics electromagnetism condensed-matter experimental-physics quantum-spin or ask your own question.