How to picturise the flow of the ideal fluid? 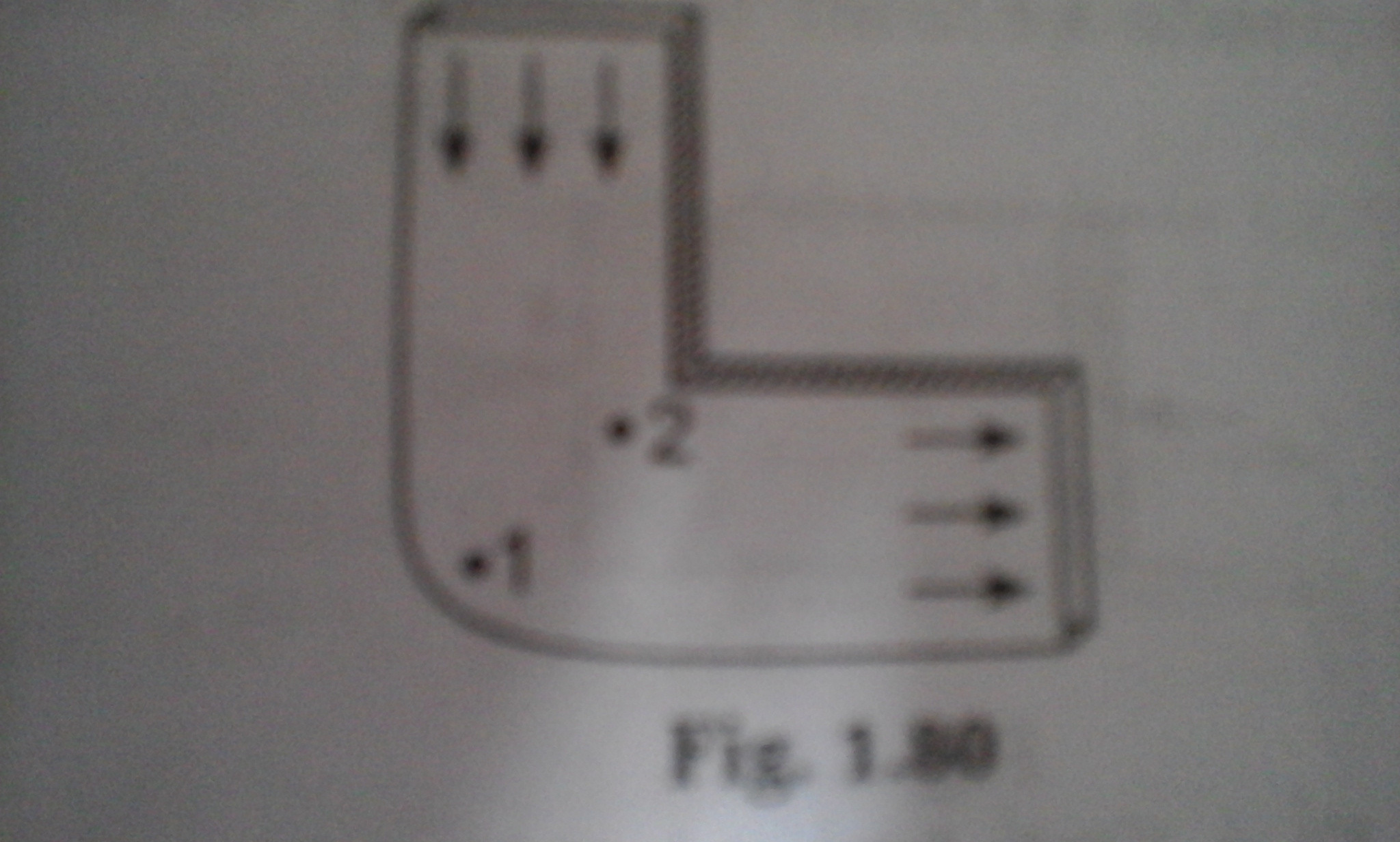 This bent, flat tube is located on a horizontal plane and ideal fluid is flowing through it, as shown by the arrows.

According to me, pressure at 2 would be higher than pressure at 1. I think so because, for the flow to be sustained as it is depicted, velocity at 1 should be higher since the fluid there would have to cover a larger distance than it has to in 2. So, from Bernoulli's theorem, since heights are same, pressure should be larger at 2.

But my book says just the opposite. But if $v_1$ is lower than $v_2$, the flow wouldn't be straight as depicted in the picture. I'd preferably go with the book's answer but I also want to know WHY that is the case.

classical-mechanics fluid-dynamics bernoulli-equation
Share
Improve this question
edited May 6 '17 at 12:11

This is an ideal fluid so where is the origin of the force which causes the particles to change their speed?

The fluid is moving down the tube and has to turn a corner.

The particles which make up the fluid have to undergo a centripetal acceleration.

The magnitude of the inward force from the wall is larger and so the particle goes around the corner.

Particles within the fluid are subjected to inward and outward forces due to their nearest neighbours and again the inward forces have a larger magnitude.

So as one moves inwards the pressure decreases. 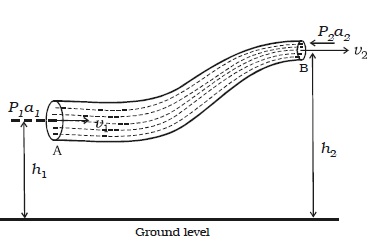 notice heights are from given plane

Not the answer you're looking for? Browse other questions tagged classical-mechanics fluid-dynamics bernoulli-equation or ask your own question.

9
Free surface of inviscid fluid flow
7
Does continuity equation hold if the flow is accelerated?
1
Are pressure and velocity uniform for a cross-section of fluid flow?
2
Problem with the Bernoulli's equation for fluids
0
Pitot tube and the assumption of hydrostatic pressure distribution
0
Some confusions about Torricelli's law
0
Intuition behind Streamlines and Flow
1
How can I calculate flow rate and velocity of fluid at the exit of a garden storage tank?
0
Mass flow and airfoils