Why does the thermal conductivity of 'pure' metals decrease with increase in temperature?

Your book is wrong (or at least, overly general). Non-monotonic behaviors (i.e., increases and decreases) are seen with temperature changes for the thermal conductivity of even pure metals. See, for example, slide 20 here: 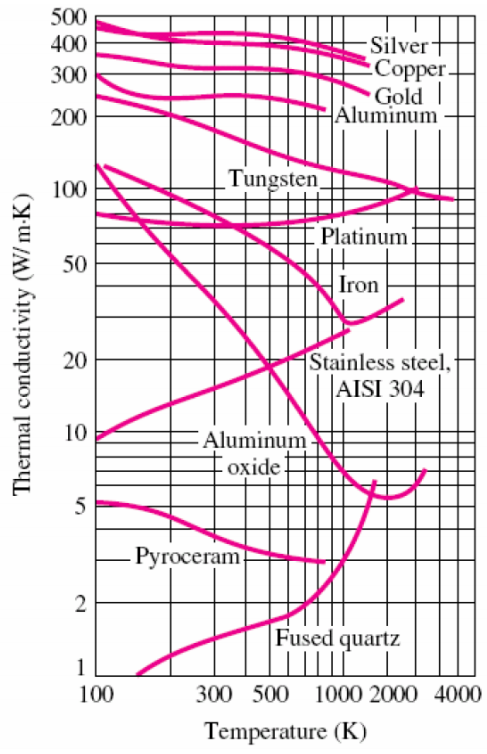 Totton's Steel Heat Treatment Handbook reports that the thermal conductivity "decreases with increasing temperature for pure iron, plain carbon steels, and low-alloy steels", whereas it increases for "high-alloy steels such as ferritic and martensitic steels": 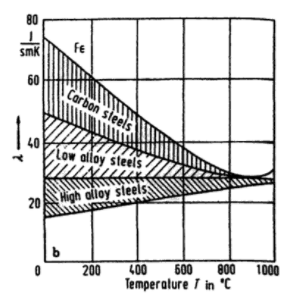 Looking at it from the other direction, consider a metal with a strong negative temperature coefficient of thermal expansion, say, tungsten. The addition of a few impurity atoms technically forms an alloy, but I wouldn't expect any dramatic changes in thermal conductivity. So the book's blanket statement is much too general.

What your book may be trying to say is that in pure metals, thermal energy is often transferred primarily by electrons (as opposed to phonons). As the temperature increases, these electrons tend to be more easily scattered, thus suppressing that mode. This mechanism would explain the often-seen negative temperature coefficient for thermal conductivity in pure metals.

The temperature dependence of thermal conductivity also depends on the forming method (which alters the grain size, for example) and on impurities, among other factors. Although certain trends can be reasonably explained, it's not an area in which you can expect broad statements comparing pure metals to alloys to hold across a variety of conditions.

Not the answer you're looking for? Browse other questions tagged thermodynamics thermal-conductivity metals or ask your own question.

10
Why do reversible processes not increase the entropy of the universe infinitesimally?
4
Thermal Conductivity of Metals
16
Why does heat added to a system at a lower temperature cause higher entropy increase?
0
General relation between power density of any engine and dissiapation rate and temperature
2
Why thermal conductivity increases with temperature?
0
Contradiction with isobaric process
2
Work done in Isobaric Process
2
Why does energy flow downhill/entropy increase?