Degrees Of Freedom of Spring-mass system 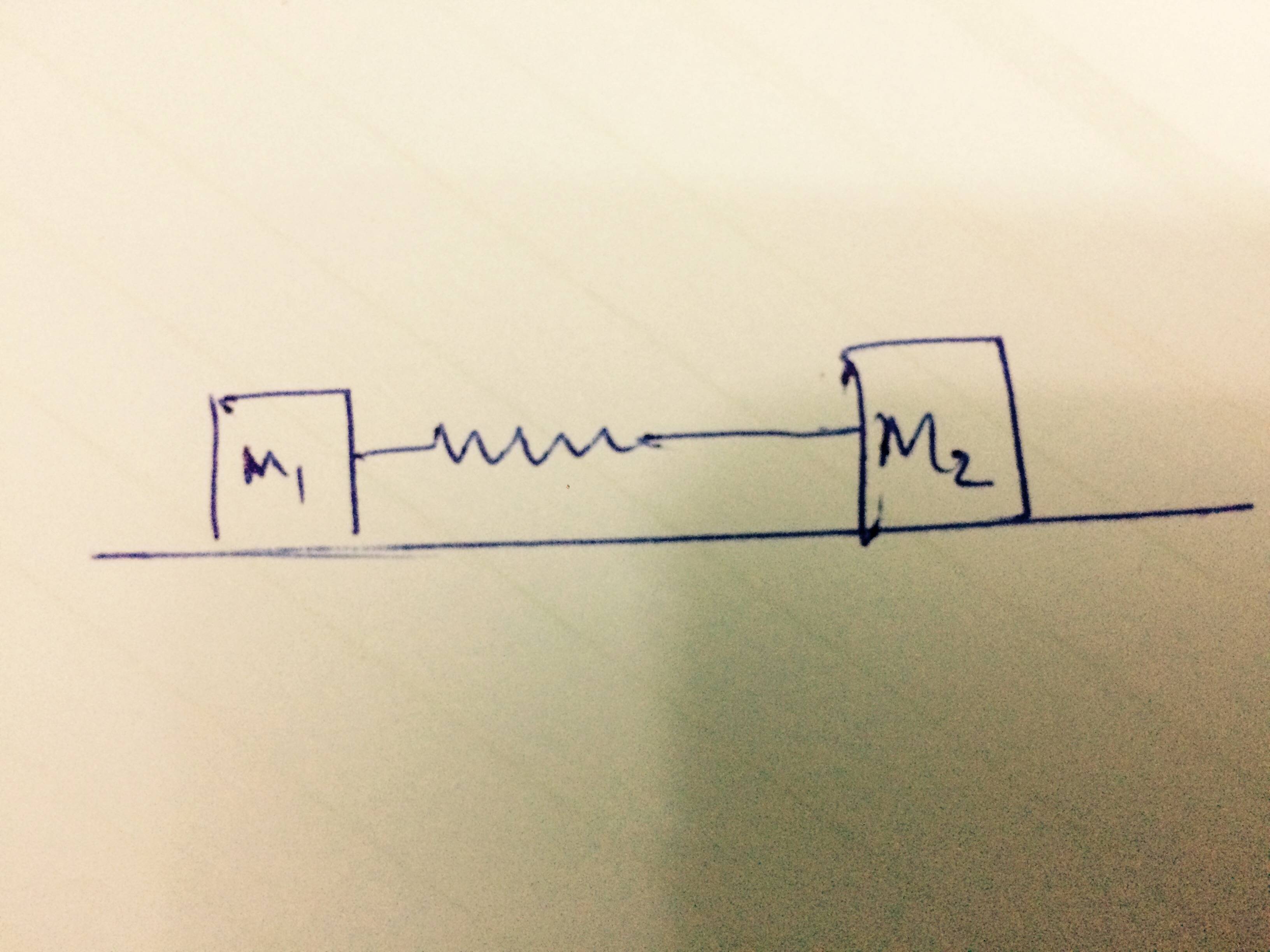 Consider 2 masses $M_1$ and $M_2$ connected with a spring of stiffness $k$, resting on a smooth frictionless surface. Now, each mass has its own 1 DOF along the $x$-axis. And the system has 1 constraint , i.e. the spring.

The spring isn't a constraint, since its length can change arbitrarily. Thus, along the $x$-axis there are 2 degrees of freedom.

This system certainly has two degrees of freedom.
You have two masses and a displacement along a straight line for each of the masses with the spring providing the interaction between the masses. 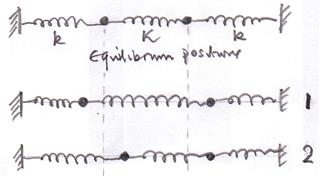 If $k \rightarrow 0$, which is equivalent to not having the two outer springs there, then:

Not the answer you're looking for? Browse other questions tagged homework-and-exercises newtonian-mechanics spring degrees-of-freedom or ask your own question.

1
Two-block system connected to a spring
1
Find the minimum force that has to be applied to the block $m_1$ so that the other block just begins to slide
2
Blocks spring system
5
Two mass one-spring system natural frequency
14
Deceptively simple mass-spring problem?
0
Roller-spring system (Generalized mass)