No phase difference between voltage of resistor and inductor (experiment) 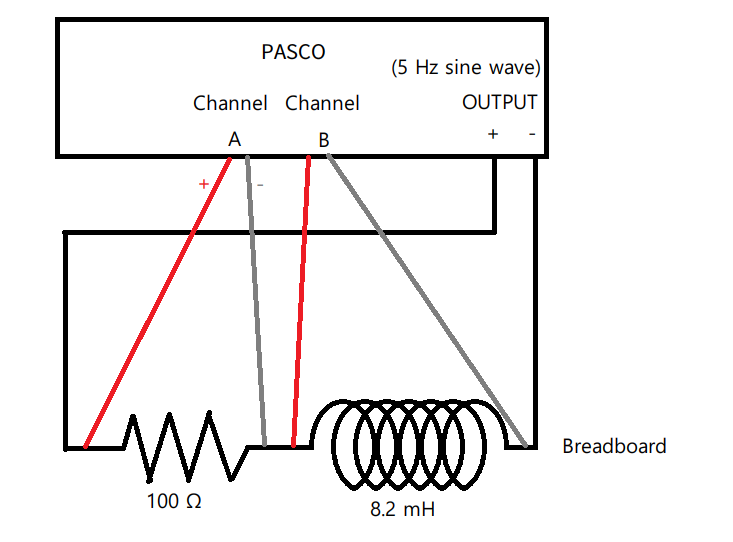 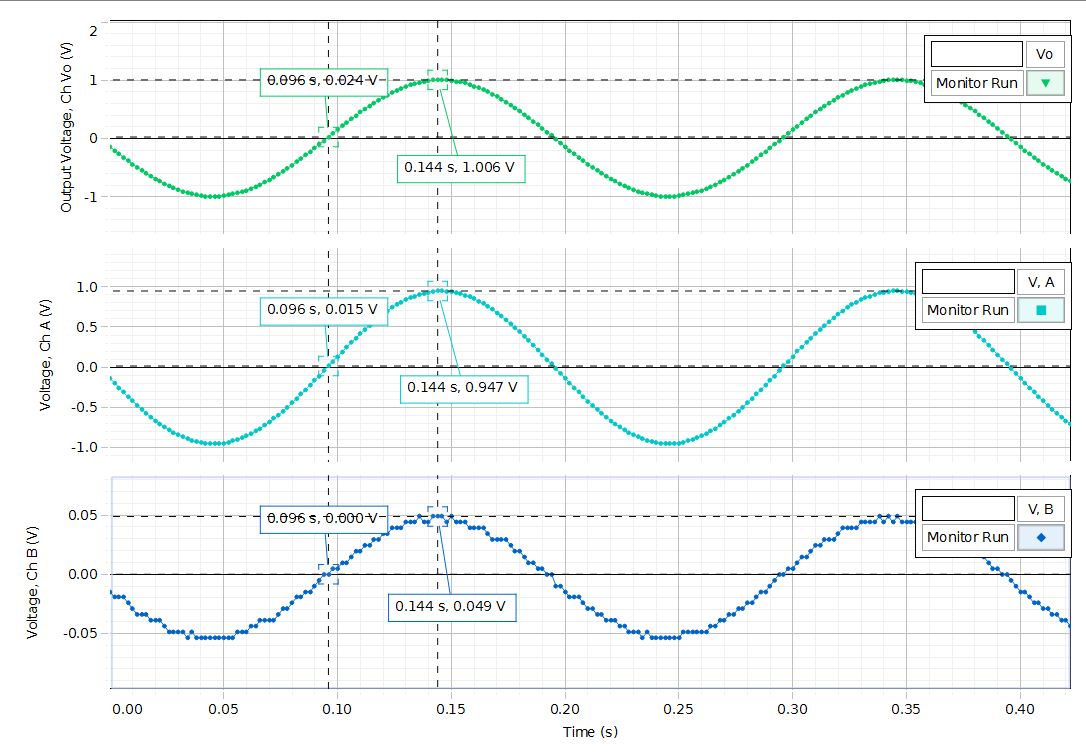 This is a graph of voltages of output signal, of resistor, and of inductor, respectively. The cycle is just as the following:

I guess there are some interferences by output signal, since inductance is very small($X_L = \omega L \approx 0.258~\mathrm \Omega$) comparing with $R = 100~\mathrm \Omega$; but I do not know why and how it interferes, or whether there are other affects.

Question. Why there is almost no phase difference between of resistor(2nd graph) and of inductor?(3rd graph)

p.s.: Every team has the same result, and other experiments with capacitor(with reactance $X_C\approx R$) give expected results whence I think it is not an experimental mistake.

Here's my guess: the resistance of the wire making up the inductor is large compared to the inductive impedance at 5 Hz.

According to my calculations, the amplitude of the voltage across the inductor should be about 2.6 mV but the scope is reading about 50 mV.

At 5 Hz, the impedance of an ideal 8.2 mH inductor is given by

Now, stipulate that the inductor also has a resistance of 5 ohms. The phasor voltage across the inductor becomes

which is close to your experimental result.

New answer as a result of looking at some of the specifications supplied by PASCO.

So measurement of phase angles is rather tricky.

Changing the frequency to $1 \, \rm kHz$ will produce this phasor diagram.

This should meant that the phase angles can be measured with reasonable accuracy and from them a better estimate of the resistance of the inductor might be found.

My original answer suggested a possibility of a problem with a common ground on each of the outputs and inputs.
If the interface which was used was a PASCO 550 Universal Interface or similar then the grounding problem goes away because such a device uses a differential input.

Not the answer you're looking for? Browse other questions tagged electricity experimental-physics electric-circuits inductance or ask your own question.

1
Fitting a circuit scheme to a simpler model
1
Determining the behavior of the transference function as $\omega\to 0$ or $\omega\to\infty$
1
Resistor and voltage
1
Why is there a voltage drop across an inductor?
0
Phase difference between source voltage and inductor voltage
0
Voltage and Current in an Inductor
0
Question about inductor and resistor in circuits