Is there a way to understand the underlying "cause" for observing (special) relativity? What is the structure/geometry that makes these observations make sense? I noticed that if all objects are required to move at the speed of light through a normal four dimensional euclidean space, this has essentially the opposite of the intended effect. Things in motion relative to you would appear stretched out and their clocks would be sped up. Is there a way to explain the discrepancy?

However, time passed, new technology has been developed. Distances could now be determined directly using sound waves and exact clocks. Clocks got more and more precise and at some point somebody noticed that there are slight discrepancies between the distances calculated along the streets and avenues and the directly measured distances. Interestingly, the discrepancies were not always the same, they seemed to depend on the heights of the houses considered.

The first skyscrapers were built. They gave rise to further experiments. It turned out that if one flat is in a skyscraper and the other is near the ground, the discrepancies are biggest. So it seemed to depend on the height difference $\Delta z$ between the flats. After many experiments somebody proposed that the formula for calculating the distance is wrong and a better ansatz is $D^2=\Delta x^2+\Delta y^2+\Delta z^2$ (or, in term of the old length $d$, $D^2=d^2+\Delta z^2$) which puts the distances along the streets and avenues and the height on an equal footing. The new formula has been experimentally verified and turned out to be correct. 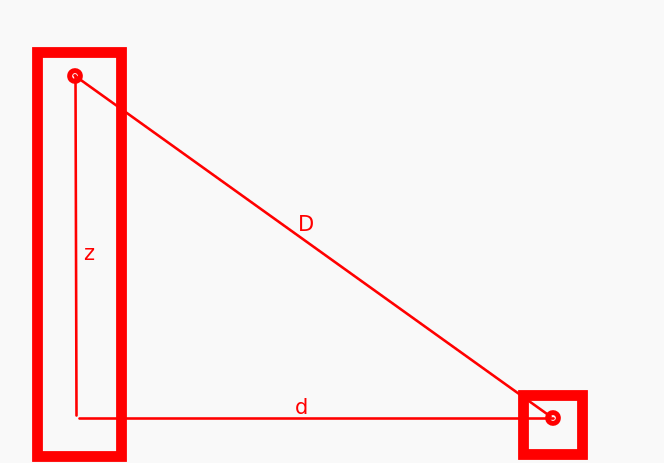 One interesting observation. The "old" length $d$ has a physical meaning. If you hang a rope between the two flats (the rope will have the correct length $D$), it will drop a shadow onto the ground. This shadow will have exactly the "wrong" length $d$. Actually, in reality, nobody is interested in the "correct" distance $D$ between the flats, the much more relevant quantities are the distance between the houses - which is exactly $d$ - and the heights of the houses $z_1$ and $z_2$.

However, after even more time, the measurements got even more exact. Again discrepancies have been found between the direct measurement and the calculated result. After a lot of research it has been found that it was due to the fact that the curvature of the earth surface has been neglected. So the formula needed to be modified again to take account for the curvature of the earth surface. Obviously, the discrepancies grew with the distance but with the new formula scientists could in principle calculate distances between flats around the globe. But for practical purposes (within one city) the original formula was precise enough and remained a good approximation for the exact formula. This exact formula (which I didn't state) corresponds to the metric of curved space-time in General Relativity.

You are right, the formula for length contraction is not as simply explained as the analogy in my first answer implied. If you have an extended object, its 4D representation is a strip through space-time: 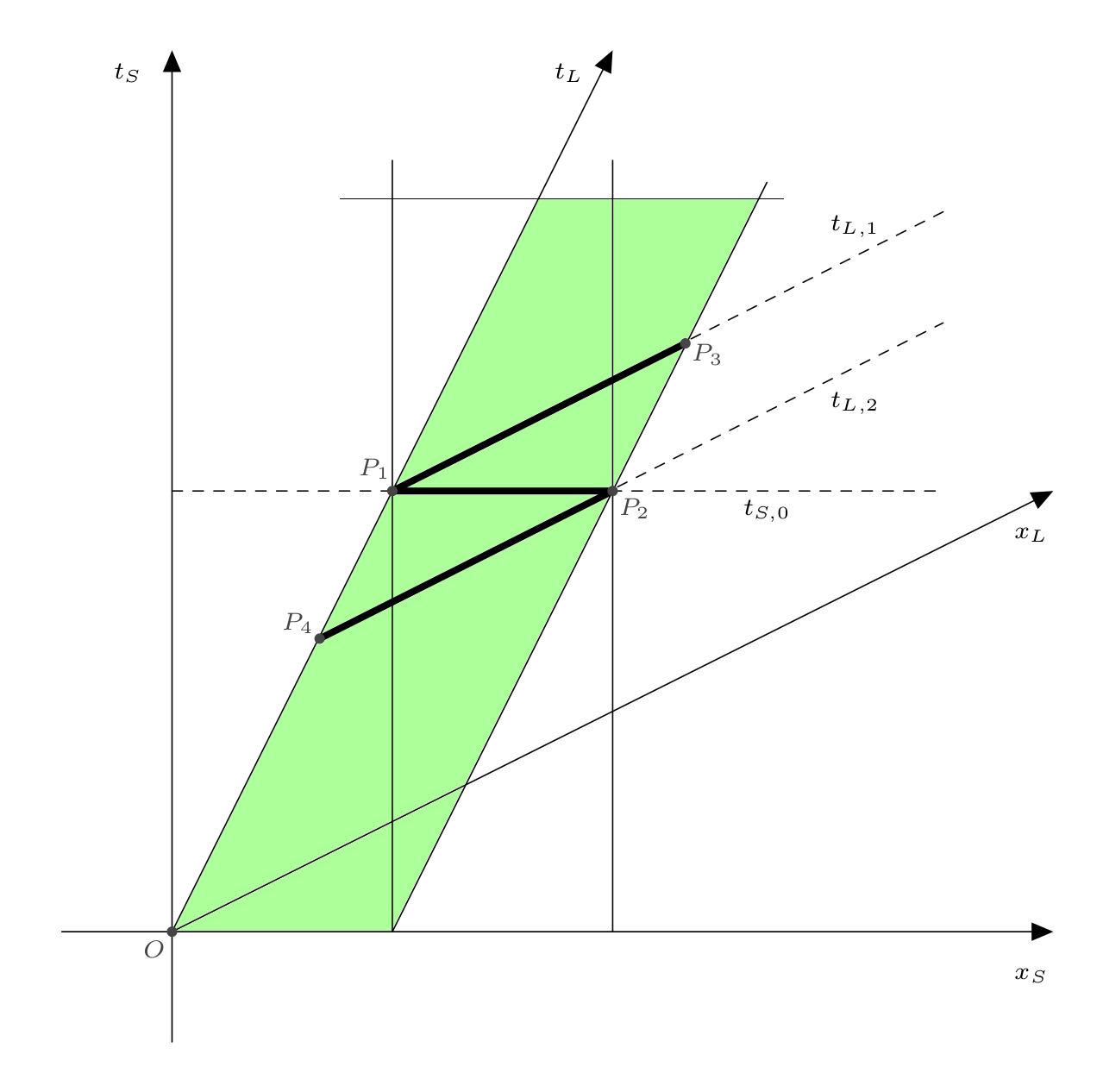 Try to do the math and you will get exactly the formula for Lorentz length contraction!

Underlying structure of Special Relativity (SR) is 3 dimensional real Lobachevskian (hyperbolic) geometry. Minkowski R4 so called space-time is just 19 century useless and misleading concept which says that ,for instance , you need 3 dimensional Euclidean space to work with the two dimensional surface of a sphere ( globus). When you fly e.g. from SF to Berlin airplane auto pilot has no idea about the three dimensional space the Earth is embeded in. It uses only two internal coordinates on the sphere and it guides precisely plane to destination. Lobachevskian velocities space of SR is 3 dimensional ,non compact ( velocities of photons are at the Eboundary at infinity) , metric space of constant Gaussian curvature K=-1/c square ,distance in it is called relative velocity , and all geometric formulas of Lobachevskian geometry can be translated to physics which in considerable portion is SR. See e.g. "Expansion of Universe -mistake of Edwin Hubble.... " in Acta Physica Polonica B, or the same paper on researchgate, or under name of von Brzeski on Harvard astrophysics site..

Not the answer you're looking for? Browse other questions tagged special-relativity spacetime metric-tensor inertial-frames or ask your own question.

12
How do I develop an intuitive model of spacetime?
6
Why is space-time four dimensional?
0
Question about spacetime interval in acceleration in special relativity
11
Does special relativity imply that time dilation is affected by an orientation of clocks?
1
Reference systems in Special and General Relativity
4
Conflicting definitions of reference frames in general relativity
1
Doubt about the ways to define Spacetimes