Why electron has spin angular momentum?

In fact there are similarities between spin and classical angular momentum, which is why historically the result of the Stern-Gerlach experiment was understood in terms of some sort of angular momentum.

The energy levels of an atom placed in a weak magnetic field will split according to their $m$ values. For a state of angular momentum $\ell$, there will be $2\ell+1$ magnetic substates, and their energy difference will increase linearly with the applied external magnetic field (provided the field remains sufficiently weak). Basically, this is the Zeeman effect.

Just to be sure this was not some complicated multi-electron effect, Phipps and Taylor [ T. E. Phipps, and J.B. Taylor "The Magnetic Moment of the Hydrogen Atom". Physical Review. 29 (2) (1927): 309–320.] redid the Stern-Gerlach experiment with hydrogen in its ground state and got the same type of splitting.

The spin was deduced from theoretical ideas and from the structure of the atoms:

Since the macroscopic phenomenon of gyroscope precession is well know since a long, long time and the reason for this behavior could be explained only since the discover of the magnetic dipole moment and the photon emission during deflection the cause and effect are interchanged. 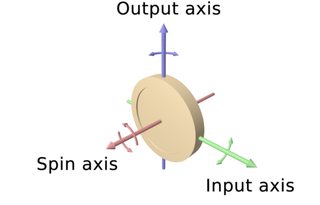 First claiming a rotation of the particles (the intrinsic spin) it was stated that by this the particles receive a magnetic dipole moment.

In our days it would be better to show that the magnetic dipole moment runs the phenomenons of EM induction (and the gyroscopic effect).

Why electron has spin angular momentum?

should be replayed that charges have magnetic dipole moments and in an varying external magnetic field they get deflected and this is historical connected with a spin angular momentum.

And honored scholars please tell me which of the mentioned phenomenons and deduction steps is not well established knowledge.

Not the answer you're looking for? Browse other questions tagged quantum-mechanics angular-momentum electrons quantum-spin or ask your own question.

104
Is Angular Momentum truly fundamental?
7
Why is the value of spin +/- 1/2?
2
Magnetic moment of electron
7
Spin, orbital angular momentum and total angular momentum
3
What all has intrinsic spin?
32
Why can interaction with a macroscopic apparatus, such as a Stern-Gerlach machine, sometimes not cause a measurement?
2
Electron's spin Angular Momentum numeric value
1
Expected Gaussian distribution on screen in Stern-Gerlach Experiment