How can a truly elementary particle decay into other particles? [duplicate]

Ask Question
Asked 4 years, 9 months ago
Active 1 year, 3 months ago
Viewed 1k times
-1
$\begingroup$
This question already has answers here:
Why do physicists think that the electron is an elementary particle? (3 answers)
Why are muons considered to be elementary particles in the Standard Model? (5 answers)
Closed 4 years ago.

Consider (for example) the next particle decays: 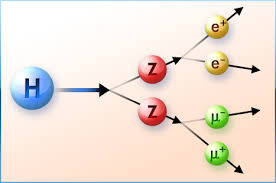 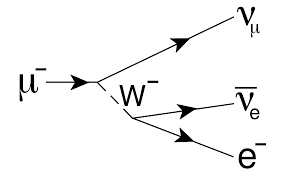 If a particle (or an excitation of the associated quantum field) is truly elementary doesn't that imply that it can't change into other particles?
The case of a muon (which is considered elementary, i.e. not built up out of other particles) changing into an electron, and two neutrinos (which are all three also considered to be elementary) can very easily be described in the Rishon Model of Haim Harari (of which I'm a big fan), in which only two (!) truly elementary (apart from the photon, gluon and the $Z^0$ and $W^{+/-}$, of which the last three are considered to be composed particles which transmit not a truly elementary force, but a residual force of a deeper force, as once the $\eta$ was thought to be the transmitter of the strong force, which turned out to be the residual force of the strong force as it is known today) particles are said to exist: the T- and V-rishon (and their anti-particles).

In the case of the changing Higgs (which in the rishon model isn't needed to give mass to particles, but it nevertheless exists because it has been detected so it can be considered as a boson particle), the change results in two pairs of $TTT$ and $\bar T\bar T\bar T$ combinations of T-rishons (and their anti-particles), the electron and it's anti-particle and a muon together with its anti-particle. The two $Z^0$ particles that appear shortly are both $TTT\bar T\bar T\bar T$ combinations (with obvious electric charges of zero). So the Higgs can be a combination of six $T$-rishons and six $\bar T$-rishons. Again the truly elementary particles (the $T$ and the $V$) don't change their identity.

So does the fact that what we consider as elementary particles (excitations of the associated field) can change into other particles mean they are not truly elementary?