In the image below you will see a black hole and an object that is orbiting around it with a spin on an axis perpendicular to the orbit. The object is experiencing both gravitational and special relativistic time dilating effects.

To get the total time dilating effect you have to multiply the two together as seen in this post.TD Calc

I highlighted the high and low points on the orbiting object to help describe this next part.

The reason I titled this using the words "inverse time dilation" is because time dilating effects are typically greater as you get further into a gravitational field and this would "invert" that. 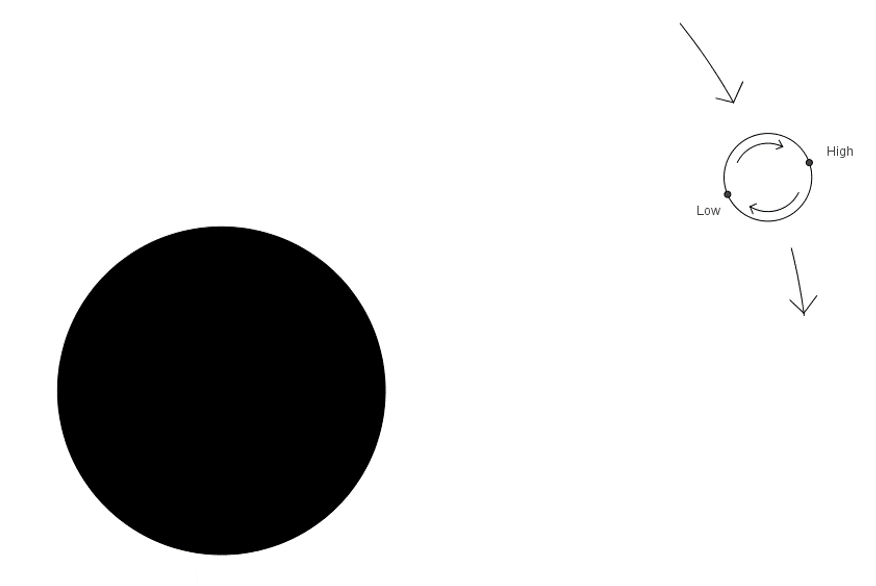 Let us first investigate the dilation experienced by a test particle which is moving on an epicycloid in the field of a Schwarzschild black hole. 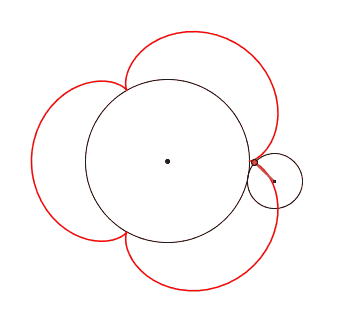 We are observing this particle from very far away ("from infinity"), but we use the local static frame to measure the particle velocity $v$. The computation of time-dilation is then analogous to the computation in the question you have linked. We are also not asking how does it come about that the particle is moving on that trajectory and I will make the computation very general so that it is easy to modify for any other similar trajectory.

At the peak, the point at which the particle is farthest from the black hole, it experiences the smallest gravitational time-dilation. However, it is also fastest with respect to the local static frame and will thus have more time dilation coming from this source. Let's denote the largest Schwarzschild radius the particle is at as $r_{peak}$ and the velocity with respect to the static frame at that point as $v_{peak}$. The number of seconds $N_{peak}$ we see passing on our watch at infinity per every second elapsed in terms of proper time of the particle is then called the time-lapse factor and it reads $$N_{peak} = \sqrt{\frac{1 - 2G M/(c^2 r_{peak})}{1 - v_{peak}^2/c^2}}$$

When, on the other hand, the particle is at the bottom of the epicycle, the point closest to the black hole, it experiences more time-dilation coming from being deeper in the gravitational well, but it is static with respect to the static frame so it feels no time dilation coming from the kinematics. We can then write the time-lapse factor as $$N_{bottom} = \sqrt{1 - 2G M/(c^2 r_{bottom})}$$ Now it is simple algebra to get that time-lapse at the peak of the epicycle will be larger than at the bottom only if the peak velocity is $$\frac{v_{peak}}{c} > \sqrt{ 1 - \frac{1 - 2G M/(c^2 r_{peak})}{1 - 2G M/(c^2 r_{bottom})}}$$ You can then see that when we aren't very close to the black hole horizon ($r_H = 2GM/c^2$) and when the difference between the peak and bottom radii of the epicycle $r_{peak}$ and $r_{bottom}$ isn't too large, we can always find a velocity $v_{peak}$ such that the particle experiences more time dilation in the peak than in the bottom.

As for the question of influence of rotation of a body on its trajectory: Rotation of a body definitely does have influence on its trajectory, but this relativistic effect can only partially be explained by time dilation. The full effect can be understood from the fact that as the different material elements of the rotating body move with different speeds, they "see" the gravitational field of the black hole moving at different speeds in their frames. In relativity, this results in a small slap-like force acting on the overall trajectory of the body which is described e.g. by the Mathisson-Papapetrou-Dixon equations.

Not the answer you're looking for? Browse other questions tagged orbital-motion relativity time-dilation or ask your own question.