How did Hubble come to the conclusion that the Universe is expanding?

Edited version From Hubble's measurement, the only thing that he can conclude, in my opinion, is that the galaxies move away from Earth with their speeds proportional to their distances from the Earth.

But without making observations from other points in the Universe i.e. other galaxies, how did Hubble (or we) conclude that every galaxy recedes away from every other? Was it just based on the hypothesis that there is no center of the universe and hence, whatever observed from Earth is nothing special and will be the same for any other observer in any other galaxy?

In short, doesn't the argument of expanding the Universe require both Hubble's measurement from earth + the fact that there is no preferred center?

On a historical note, let's also recall that both Lemaitre and Hubble deserve mention when thinking about the early work here; Lemaitre first clearly enunciated the idea we now call Hubble's law, and estimated a value for the constant we now call Hubble's constant. Hubble contributed greatly to the experimental methods and observations and making the idea take hold.

In this way observations from a single location can be used to infer what would be observed from other locations, and in the case of a linear relationship between $v$ and $r$ the whole situation has this uniformity with respect to position. Other relationships would not be so simple. In the case of a bomb exploding, for example, if some material moves away quickly and some more slowly, then typically the front material begins to slow as it encounters air resistance and the relationship between speed and distance away at any one time is not any simple function. The Hubble expansion is not like a bomb exploding, and indeed, as we have seen by the above derivation, there is no unique centre. All positions can equally well serve as the centre, which is the same as saying there is not really any centre. Many other examples of this sort of expansion can be found in thermal physics: think of a loaf of bread expanding in the oven, for example, or more generally practically any uniform solid undergoing a thermal expansion.

That is the "short" answer.

The longer answer is that similar ideas apply in a full treatment employing General Relativity. The main difference is that you can no longer obtain relative velocities just by subtracting one galaxy's velocity from another. Instead the typical way to proceed is to propose a model in which there is a global expansion of a homogeneous fluid, and then show that this is consistent with observations. The "fluid" here is the whole universe; "particles" in the fluid are galaxies or galaxy clusters.

Finally, note that the proportionality constant $k$ is a constant in the sense that it is the same for the whole universe at any given time, but it can in principle change with time, and the expansion would still have the same uniform quality, but now it would proceed more rapidly at some times than at others. This is why the proportionality factor is called the Hubble parameter rather than the Hubble constant, when we want to consider the long-term evolution of the universe.

You don't actually need the idea that there is no preferred center. Take a look at this diagram, where each arrow refers to a galaxy: 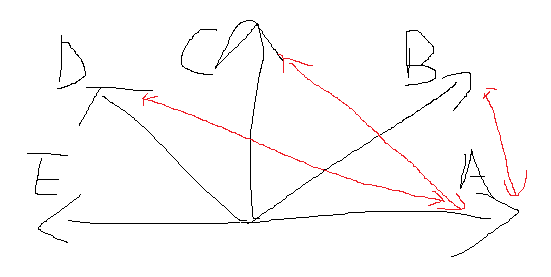 Edit: found the proof, see slide 21/49 of these notes. If we observe the Hubble law, so do all other observers.

Thinking that Hubble law $$ v=H_{0}\,D $$ applies only from our own Milky Way galaxy, makes our galaxy somewhat unique, which brakes standard cosmological view postulating spatial isotropy and homogeneity in a universe. Albeit, there are small inhomogeneities in CMB as can be seen 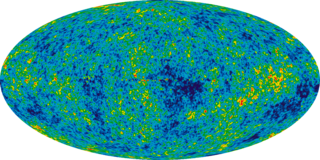 Due to these inhomogeneities in a primordial universe, galaxies were borned, thanks to that. However, CMB radiation root mean square variations are only $18~\mu K$, so this anisotropy is very very tiny. In the sense that at a global structure view universe still can be considered a homogenic one as can be seen from a computer simulated cosmic web, a large-scale cosmos structure, of 50 million light-years across 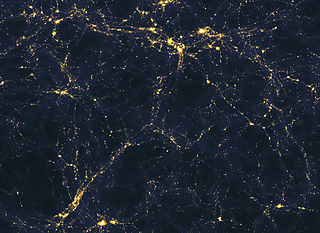 Before 1920 astronomers and people thought that there are no other galaxies in universe apart our own. Hubble discovered it's law in 1929. So it's only 9 years has passed after people start to believe that there are other galaxies in universe at all. And it's partly thanks to Hubble, who raised a debate on this issue on 1925. So as for me, this question doesn't make much sense cause in any case Hubble had to push-through a lot of "common-sense" of that time.

Not the answer you're looking for? Browse other questions tagged cosmology astronomy universe space-expansion observable-universe or ask your own question.

3
How do we know for certain that space is expanding?
2
Expanding universe and the peculiar velocity
0
Is the Universe being dragged into a singularity rather than expanding?
5
Is there a proof that space expanding produces observers at all points that see what we see?
2
How can the Hubble telescope see the light from galaxies that are millions of light years distant?
1
Do the distances and velocities observed from galaxies other than Milky way really show that every point in the universe is the center?
13
Can light reach far away galaxies in an expanding universe?