I have already studied the double slit diffraction for electrons, which is a vital reason for why quantum mechanics is required. In this phenomenon we can see that an electron that was considered to be a particle shows an interference pattern,which is the common behaviour of wave. So it entangles the former scientists and from this major question about what a wave and a particle actually are quantum mechanics was invented.

In double slit diffraction, where the probability of the electron striking the screen should be less by classical analogy, in reality it was maximum. So I thought that it may be that the electrons bounce off from the edge of the slit and deflected towards the central region because the width of the slit is much larger than the electron size. 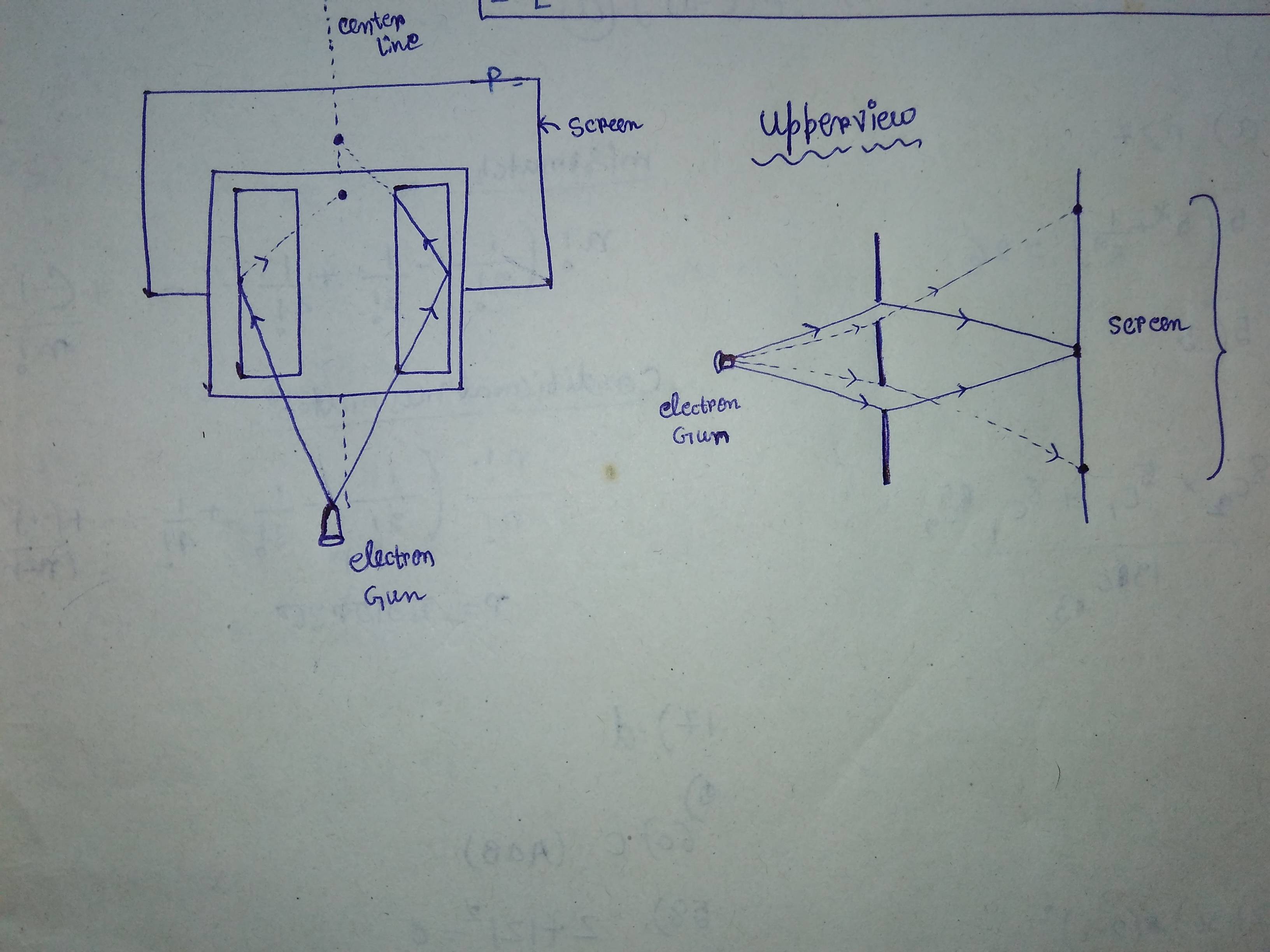 Please let me know whether I am right or wrong

Here is an easy way to see that your idea -- which is not, I think, stupid -- does not work.

First of all conduct the experiment as it normally is conducted, and measure the pattern that is built up.

Now do the usual trick: reduce the luminosity of the source far enough so that it is certain that there is only ever one particle in the experiment at once. Check that the same pattern is built up (very slowly now: perhaps there is only one electron per day or something so this experiment can take a long time to run).

What this second step does is to rule out any possibility that the effect is somehow because of multiple electrons crashing into each other or anything like that. It is still possible that the effect is, as you say, some artifact of electrons bouncing off the edges of the slit.

So, the next step is to close one of the slits and run the experiment again, still with the very low luminosity.

It's worth noting, as pointed out in the comments, that this is not just a thought experiment: it has actually been done here is a link to a paper describing just this experiment, and a quote from the paper:

Electron build-up patterns were recorded with the mask centered on the double-slit. The electron source’s intensity was reduced so that the electron detection rate in the pattern was about 1 Hz. At this rate and kinetic energy, the average distance between consecutive electrons was $2.3\times 10^6\,\mathrm{m}$.

There are at least two problems with your idea. First, the bouncing electrons will not be deflected necessarily towards the center. The direction will depend on the distance from the electron source to the slits, the separation between slits and the kind of collision (elastic or inelastic). Second, the effect should be very small. Only a small proportion of the electrons will bounce that way. And third, it cannot explain the additional peaks that you find on the screen.

I believe the basic conceptual problem with your proposal is that you are using classical scattering pictures for something that is quantum mechanical.

To get the probability amplitude for the experiment "electron scattering off double slit" and have a chance of seeing interference patterns, one has to go to the de Broglie wavelength of the electron needed for the slits and the distance to the screen of the experiment.

See here how a real experiment has to be designed :

Let's assume we want to use electrons for our experiment. We build a setup with the screen placed 1 meter from the slits, and the two slits 1 millimeter apart (maybe we found this equipment in a storage closet in the physics department...). This setup will make the distance between the bright spots on our screen 1000 times what the de Broglie wavelength of our incoming electron is. We want to be able to actually see the interference pattern in our detectors, so perhaps we should request that the spacing of the bright spots be about 1 millimeter (this would depend on the detectors, of course). This means the de Broglie wavelength of our electron has to be about one meter. Now we go back to the equation for de Broglie wavelength, and see that we know h and we now know λ, so we can calculate what p should be. Since we know the mass of the electron, calculating the momentum is essentially the same as calculating the speed; for our experiment, we find the electron needs to be going about 0.0007 m/s! That's a tiny speed... about 2 inches a minute (kind of like pouring ketchup)!

A classical billiard ball electron at such low speed will have to scatter in a very peculiar manner on the sides of the slits ( this is classical physics) so that an interference pattern could be simulated. In addition for a classical electron to scatter off the sides, a large spread in the direction of the beam should be assumed otherwise it should go through without hitting anything. In this experiment, the length of the walls of the slits is 100 nm-thin (silicon-nitride membrane windows), so there is not much length to scatter classically from.

By contrast , quantum mechanically it is one boundary condition problem: plane wave electron impinging on two 62-nm-wide slits with a center-to-center separation of 272 nm (see inset 1 in figure 1). Each slit is 4 μm tall and has a 150 nm support midway along its height.

The de Broglie wavelength used in the experiment and the fact that the interference pattern follows the predictions of the quantum mechanical model suffices to falsify your hypothetical set up.

Electrons (and photons, for that matter) create interference patterns even when there is an insignificant chance for more than one of them to be present in the apparatus at once

It is quite an easy experiment to do, and has been done many times. Simply turn the intensity of the electron emitter down, and record the position of flashes on the screen at the back as individual electrons strike it. Plot these locations one by one over minutes, hours or days on a scatter diagram, and gradually, the familiar two-slit interference pattern will build up.

Furthermore, one may think, "lets try to detect which slit the electron goes through". It's possible to add a coil which registers the passage of an electron through one of the two slits. What then happens, is that the mere possibility of observation of the electron at the slit (for the electrons which go through the other slit) causes the distribution of the electrons arriving at the screen to change. There is now no two-slit interference pattern!

There's a third variant where one places a long thin magnetized needle between the slits. The magnetic field outside the needle is negligible, and yet the interference pattern is markedly shifted sideways. The electron "sees" the inside of the needle, even though the electron does not have sufficient energy to penetrate the thickness of the needle more than an infinitessimal fraction of the time.

Quantum mechanics is verifiably wierd (as in, very small things confound all our prejudices built up during a lifetime of observing macroscopic objects). What this experiment is showing, if you insist on interpretation in words rather than mathematics, is that a single un-observed electron (or the probability density of a single un-observed electron) goes through both slits and in some sense interferes with itself. Start spying on which slit the electrobn passes through, and you will then establish what is the diffraction pattern of an electron going through a single slit, because your added observation means that you know the electron did go through just one of the slits.

Asking how can that be, is a sensible question to which we have basically no answers at present. It just is. Rejecting observation in favour of deep personal or theological conviction is an exercise in scientific futility. My personal formulation of this is "don't argue with the universe. It's much bigger than you are, and it always wins". Some day, maybe, we'll start to find out how and why the universe is made the way it is.

For even greater wierdness spanning light-years, look up the Hanbury Brown and Twiss intensity interferometry experiment!

tfb wrote in his answer

So, the next step is to close one of the slits and run the experiment again, still with the very low luminosity. And now, what you will find is that the pattern goes away.

He means - according to the comment below - that the pattern of the fringes changes. To illustrate this one could take attention to an analogy for single slit experiment with electrons. The phenomenon of Airy diskshows the fringes from a single hole: 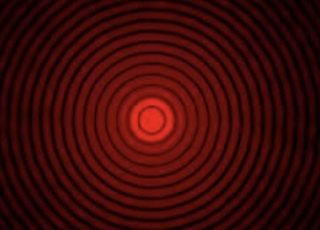 Instead of a slit the first experiments with electrons were carried out with single edges (H. Boersch FRESNELSCHE Elektronenbeugung 1940) 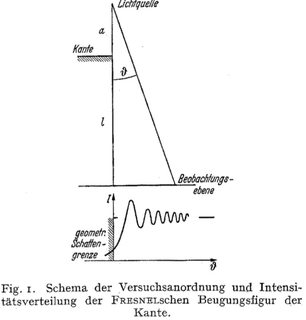 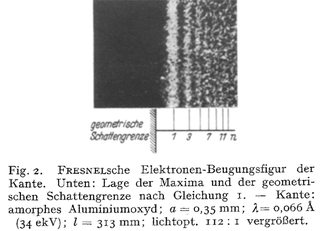 The next experiments were carried out with a bifringe prism: 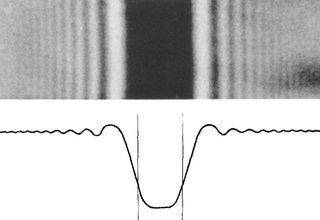 In 1956 G. Möllenstedt und H. Düker published "Beobachtungen und Messungen an Biprisma-lnterferenzen mit Elektronenwellen" (Observations and measurements on biprism interferences with electron waves). The two scientists lead an electron beam from a dot-shaped source through an electrostatic biprism. According to the paper the accelerating voltage was 50 kV, the entrance slit have had a width of about 500 Å (50 nm) and a length of several mm. The biprism consisted of a gold coated quartz wire from two micrometers thickness (F), which was stretched between the two grounded plates of a plate capacitor.

Now the most interesting point. By applying a positive voltage of only a few volts on the filamentary center plate, the electrons of the two partial beams are bent towards the center. For the - opposite to light 105 times smaller cross section of the electron - a potential of +7 volts was enough for a successfully diffraction of electrons: 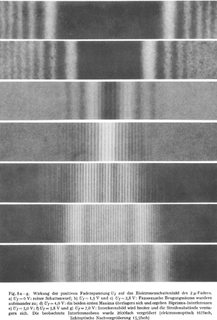 This are a lot of hints that

the electrons bounce off from the edge of the slit

isn't a good explanation or model to explain the intensity distribution behind edges, single or double slits. So you are wrong.

As ACuriousMind pointed out the explanations to the images could be more in detail. For this see my excerpt Deflection of electron beams at edges.

Not the answer you're looking for? Browse other questions tagged quantum-mechanics electrons double-slit-experiment interference or ask your own question.

-1
Is it ever possible to test whether an object is in a quantum superposition (versus a mixed state)?
2
Relationship between the material properties of an edge and the fringes behind this edge
1
Electron Double Slit Experiment-de broglie wavelength relation to distance btw slits
0
Can the intensity distribution behind edges and slits be explaint by the interaction with the surface electrons of the edges?