Where does the reaction force act? Does it act on the centre of mass?

I know that the reaction force acts perpendicular to the surface in contact with the body. But where exactly (on the body) does it act?

When we deal with the forces on bodies of finite size, we usually refer to the force on the centre of mass.
What's our reference when it comes to reaction force? Where does it act? 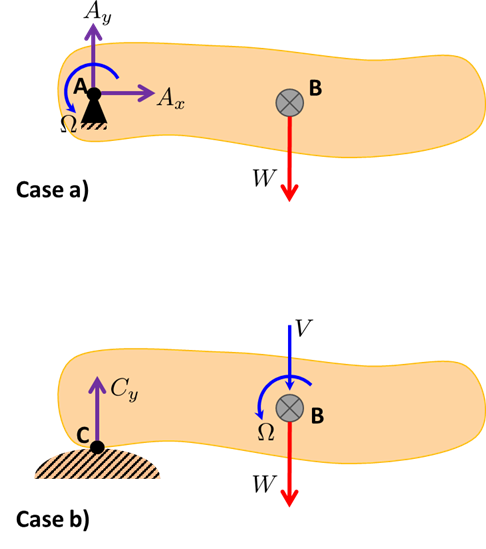 We can always assume that the force acts on the Center of Mass. Any Force that acts on a rigid body adds to the equation $\sum \vec F=m\vec a$, where $\vec a$ is the translational acceleration of the center of mass. This applies whether or not the reaction force is in line with the center of mass.

In the cases where the reaction force is not in line with the CM, It will also add to the Torque equation $\sum \vec \tau =\sum \vec F \times \vec r= m\vec \alpha$.

Not the answer you're looking for? Browse other questions tagged newtonian-mechanics forces reference-frames or ask your own question.

10
Does the normal reaction shift when a force is applied?
4
Torque - Why does a block topple and net torque when net force is non-zero?