This is the derivation. 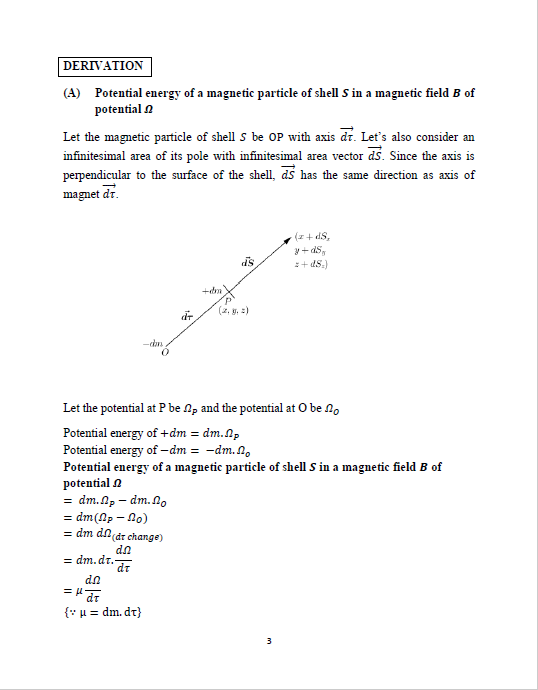 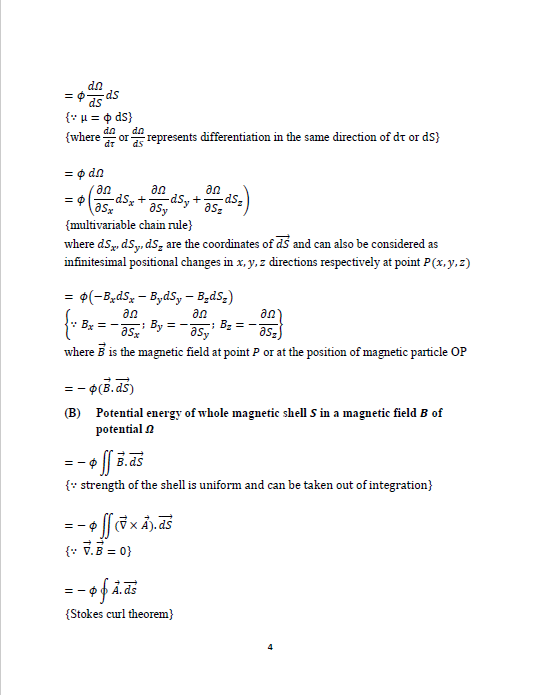 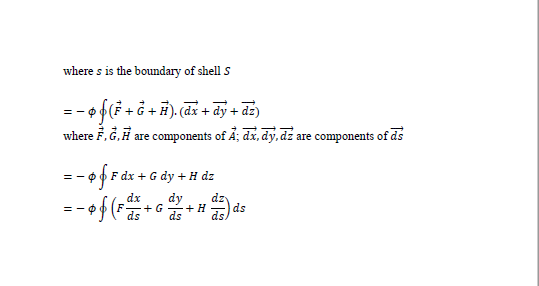 If we change the direction of area vector, will the final result change?

You said "Change to a symbol having a different but equally useful definition, and the formula will have to be modified".

Do you mean while deriving a formula we define new symbols, compare them with each other and other formulas and get our required formula. Now if we change the definition of our symbols, we get another formula for the same quantity. Now how can a quantity have more than one formula? Which of the two formulas will be correct?

I don't know what you're referring to as a "non-genuine formula" or why you say something "is just a definition."

For example, we define that a "triangle" is a figure in flat 2D space made of 3 straight line segments, no two of which are parallel, that join end-to-end so that there are no "naked" endpoints of the segments. That statement "is just a definition."

We also define that if you choose one of its line segments as a "base" with length $b$, then draw successive lines parallel to this base going through the triangle, there is some line which is the most far away from the base while still intersecting the triangle (and it only intersects at one point). The distance between these two lines (base and the furthest away parallel that intersects the triangle) is the "height" $h$ of the triangle with respect to that base.

But now notice that based on these definitions the area of the triangle is always $A = \frac 12 bh.$ That seems to be a genuine formula, no? But it is based on these ideas which are very dependent on, say, which line segment you choose. But that's fine.

Similarly, the definition that we choose a normal vector $d\vec A$ to have magnitude equal to a differential area and direction perpendicular to the surface, is an important definition. For example it lets us define a current density field $\vec J$ such that the flow rate trickling through some little surface $d\vec A$ is given by the dot product $d\Phi = \vec J \cdot d\vec A.$ This definition then allows us to express the continuity equation that if the stuff which flows acccording to $\vec J$ has density $\rho$ then it is conserved if $$\frac{d\rho}{dt} = -\nabla \cdot J.$$ This is a genuine formula in physics, but of course it depends on the definition of $\vec J$ which depends on the definition that the direction of $d\vec A$ is perpendicular to the surface.

While deriving a formula, definitions related to problem or that system are used as first step.Definition of area vector may seem not a general one ,but mainly it arises regarding concept of FLUX.here normal vector to a plane times area is pronounced as area vector that occurred in formula occasionally.So by changing the direction of this vector ,one may come up with something new formula,but that wouldn't be flux related concept for sure.In short,definition of area vector has arisen later after defining the concepts where u will see it.

Not the answer you're looking for? Browse other questions tagged differential-geometry vector-fields calculus or ask your own question.

5
Covariant derivative and Leibniz rule
2
Interpreting Vector fields as Derivations on Physics
5
Why the heat flux vector at a point must be perpendicular to the temperature isothermal surface? Is it a definition or a deduction?
14
Is force a contravariant vector or a covariant vector (or either)?
12
How can a set of components fail to make up a vector?
41
Lie derivative vs. covariant derivative in the context of Killing vectors