The problem is that you are talking in absolutes: either a frequency is passed, or it is not.

An RC circuit does not work that way. No frequency is completely passed or blocked. With a C-R filter (R in series, then C to ground), the higher the frequency the better it is passed; with an R-C circuit it's the reverse: low frequencies are preferentially passed. Either way, the crossover frequency is the one that is attenuated by 3dB.

The most straightforward way to analyze reactive networks is with the concept of complex impedance. Analogous to resistance, the complex impedance tells us the relationship between voltage and current - but being a complex number, it allows us to take account of the phase difference "for free".

As you can see, the denominator goes to zero at resonance in the case of a perfect inductor; if there is a bit of series resistance in the inductor, it won't quite go to zero... 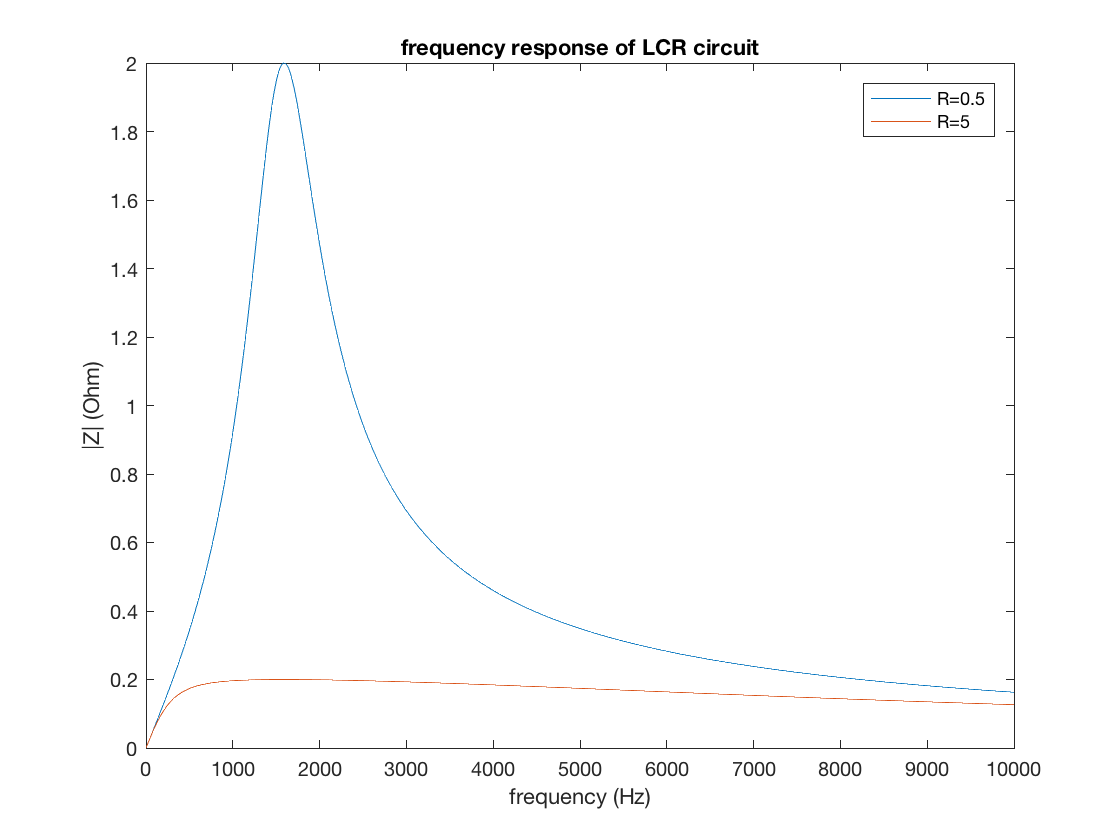 Which I generated with this Matlab code:

As you can see, the series resistor has a big impact on the answer.

And your question contains a paradox: "when the voltage is the same" implies that you are driving the filter with the resonant frequency - any other voltage being offered to the filter would not cause equal voltages on the two components...

Use complex impedance to understand this problem.

In series, the components give the total impedance: $$Z=R-\frac{j}{\omega C}$$ To analyse the impedance at the cross-over frequency ($f_0$, you will need to remember to convert from real-imaginary, to real by taking the square root of the product of the complex impedance and it's conjugate $$ \vert Z\vert =\sqrt{ Z Z^*}$$

Let's analyse the 'voltage' over the two components at $f_0$, by applying a source $V_S$.

This graph, plotted with WXMAXIMA, shows how the 'voltage' at different frequencies are distributed over the two component. I simulated this with $ R = 10k\Omega$ and $C=10nF$ and $V_S=1$. 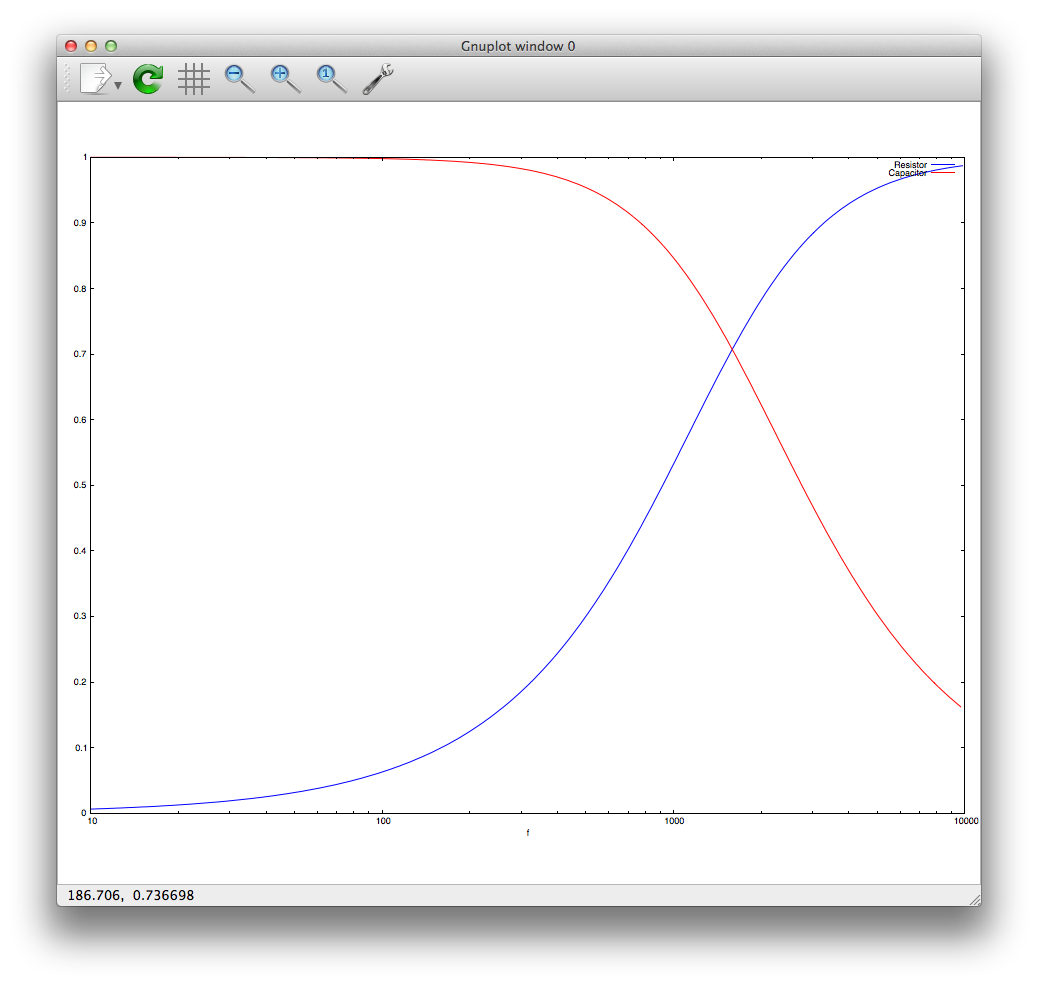 Not the answer you're looking for? Browse other questions tagged electromagnetism electric-circuits voltage frequency inductance or ask your own question.

1
Explain why the frequency cutoff for RL circuits is given by $\frac{R}{2\pi L}$
2
Highly inductive circuits question in general
1
DC motor, bulbs
1
lock-in amplifier - what's the purpose of the low-pass-filter
2
Phase Locking in Parallel RLC at Resonance Frequency
2
What exactly happens in a low and a high pass filter?
0
Gain as a Function of Frequency (RC High Pass Filters)
1
Why does sound attenuate in air differently in different situations?
0
Irradiation at high frequency