Can anyone please provide an intuitive explanation of why phase shift of 180 degrees occurs in the Electric Field of a EM wave, when reflected from an optically denser medium?

I tried searching for it but everywhere the result is just used.The reason behind it is never specified.

This is a general property of waves. If you have waves reflecting off a clamped point (like waves running on a string that you pinch hard at one point), the waves get phase inverted. The reason is the principle of superposition and the condition that the amplitude at the clamped point is zero. The sum of the reflected and transmitted wave must be the amplitude of oscillation at all points, so that the reflected wave must be phase inverted to cancel the incoming wave.

In optical materials of high density are analogous to strings with a higher density, hence the name. If you go into a material with low speed of light, the time derivative term in the wave-equation is suppressed, so that the field responds more sluggishly, the same way that a massive material responds more sluggishly to tension pulls. Since the eletric field response in these materials is reduced, the reflected wave is phase inverted to make the sum on the surface less, as is appropriate to match with the transmitted wave.

Since this has just been asked again, let me attempt an intuitive explanation. The real explanation is of course to match $\vec{E}$ and $\vec{B}$ at the interface and the direction of the reflected wave drops out, but this isn't especially intuitive.

Let's calculate the ratio $E_r/E_i$ as a function of the ratio $n_t/n_i$, and let's start with the refractive indices equal, that is $n_i = n_t$, in which case there is obviously no reflection. As we decrease $n_t/n_i$, either by making $n_t$ smaller or $n_i$ bigger, the reflectivity will increase from zero so we'll get something like (this is the real calculation for the ratio, but the exact form of the graph doesn't matter):

This is the same as the first graph, just continued to values of $n_t/n_i \lt 1$. The point is that assuming the graph is smooth (which seems physically reasonable) the ratio $E_r/E_i$ must change sign as we pass through $n_t/n_i = 1$. In other words the phase of $E_r$ must differ by $\pi$ on the two sides of the point $n_t/n_i = 1$.

Without the phase change energy (and momentum) conservation would not be satisfied.

To see why this is true you can think of a simple Michelson interferometer; without one of the fields having a phase flip you could get constructive (or destructive) interference at both sides of the beam splitter which would result in twice (or none of) the energy which you sent into the interferometer coming back out. Now for the more mathematical explanation.

It is actually just a convention that the phase change happens on reflection from an optically denser medium. The actual requirement is more subtle and comes from energy conservation. To see this, consider a black box optical system which you know nothing about except that no energy is lost inside. 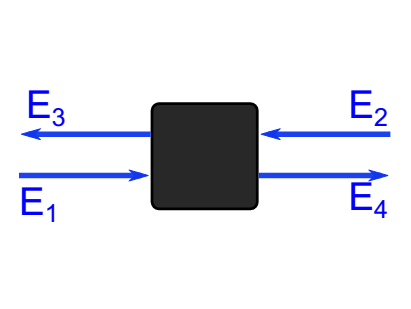 Wave reflections from mismatched impedances have inverted step waves for DC and inverted phases for AC. Just like waves in a pool. :)

added: Do you equate optically denser to higher relative permitivity or to lower relative impedance? Think of the wavelet as a vector which can only reflect a range of inphase or opposite with null in balance of equal density.

" If terminal impedance is lower the reflection is inverted (-180deg) if higher it is in-phase, if equal, there is no reflection. This is due to changes in dielectric constant or other physical properties. https://books.google.ca/books?id=k1brJjXmXOQC&pg=PA43&lpg=PA43&dq=light+reflection+impedance+phase+inversion&source=bl&ots=G3qHMfPksC&sig=hwt5bC3GuiJ6OU3uI7n0XSmFjR4&hl=en&sa=X&ei=RS6rT6uXM4Wg8QT23Kka&ved=0CFkQ6AEwAQ#v=onepage&q=light%20reflection%20impedance%20phase%20inversion&f=false

Added: This illustration should answer your question intuitively with dark bands caused by out of phase or destructive reflection. 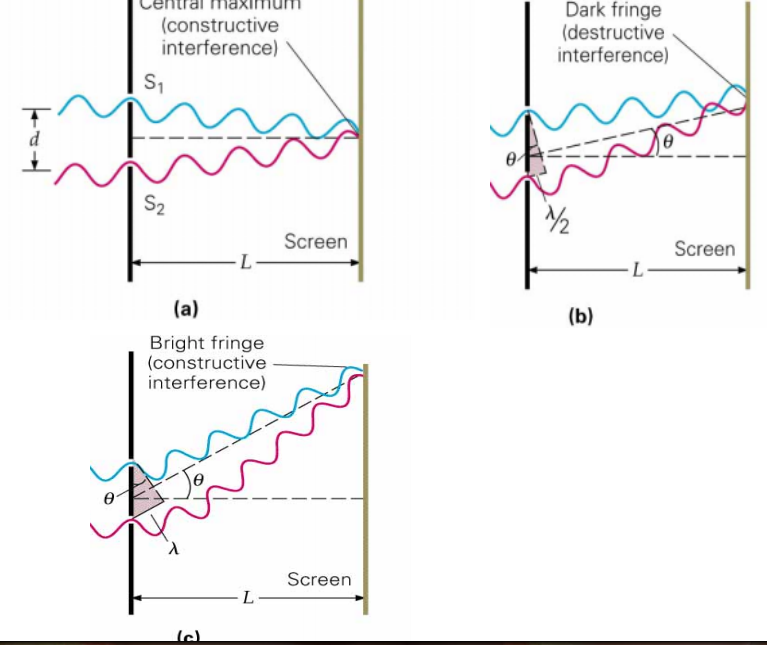 I propose removing this image or finding a suitable one. This diagram is part of Young's experiment which illustrates the phenomena of diffraction and interference, but I am afraid they do not illustrate reflection. No reflected wave is represented there. As you might see the two waves come from different sources. The reflected wave should have the same angle as the incident wave (both respect to the normal to the surface) which is not the case of the two last diagrams. The first one could be interpreted as a reflection with phase change, but that is more confusing than clarifying.

In the case of a dielectric interface one can use a similar argument, but with some differences. In this case not all the power is reflected. Some of it is transmitted into the material on the other side of the interface. However, due to energy conservation, the power that is transmitted is always smaller that the incident power. Hence, the amplitude of the transmitted field is smaller. To satisfy the boundary conditions, the reflected field must have a negative sign so that it can be subtracted from the amplitude of the incident field to match that of the transmitted field.

Mathematical explanation: The is because the boundary is rigid and the disturbance must have zero displacement at all times at the boundary. By the principle of superposition, this is possible only if the reflected and incident waves differ by a phase of π, so that the resultant displacement is zero.

Using Newton's laws:We can arrive at the same conclusion dynamically also. As the pulse arrives at the wall, it exerts a force on the wall. By Newton’s Third Law, the wall exerts an equal and opposite force on the string generating a reflected pulse that differs by a phase of π.

6
Why does the echo for soundwaves hitting a vacuum come back out of phase?
2
Intuitive explanation for why reflected waves change phase by $π$?
0
why does the phase change when wave reflects from rigid boundary
2
When light reflects from a medium of lower index of reflection to a medium of higher index of refraction, why does the light undergo a phase shift?
1
Cause of 180 degree phase shift of reflected light
1
Why a wave, travelling in a lighter medium, inverts upon reflection from an interface of a denser medium?
1
Phase change by reflection
0
Why is the phase of reflected wave during formation of standing waves 180 degrees?
0
Why is a $\pi$ phase added on reflection and why do things change with absorption?
1
Reasons for mechanical wave inversion?
See more linked questions

0
Reflection of Electromagnetic wave
1
Why do wave reflection show no phase change while striking a lighter medium?
2
Phase shift for reflection and transmission on absorptive medium with complex refractive index
2
Explaining phase shift from a half-silvered mirror
1
Reflection of Sound Wave and Light (Electromagnetic) Waves from a Rigid Boundary
0
Phase Shift of Light upon Reflection