Why would a circuit like this will not work/or work?

In this circuit the two batteries are not connected to each other but I am still assuming that excess electrons from the negative terminal of the cell should flow to the positive terminal of the other cell hence inducing a voltage and current in the circuit lighting up the bulb. My question is, am I right? explain this please. 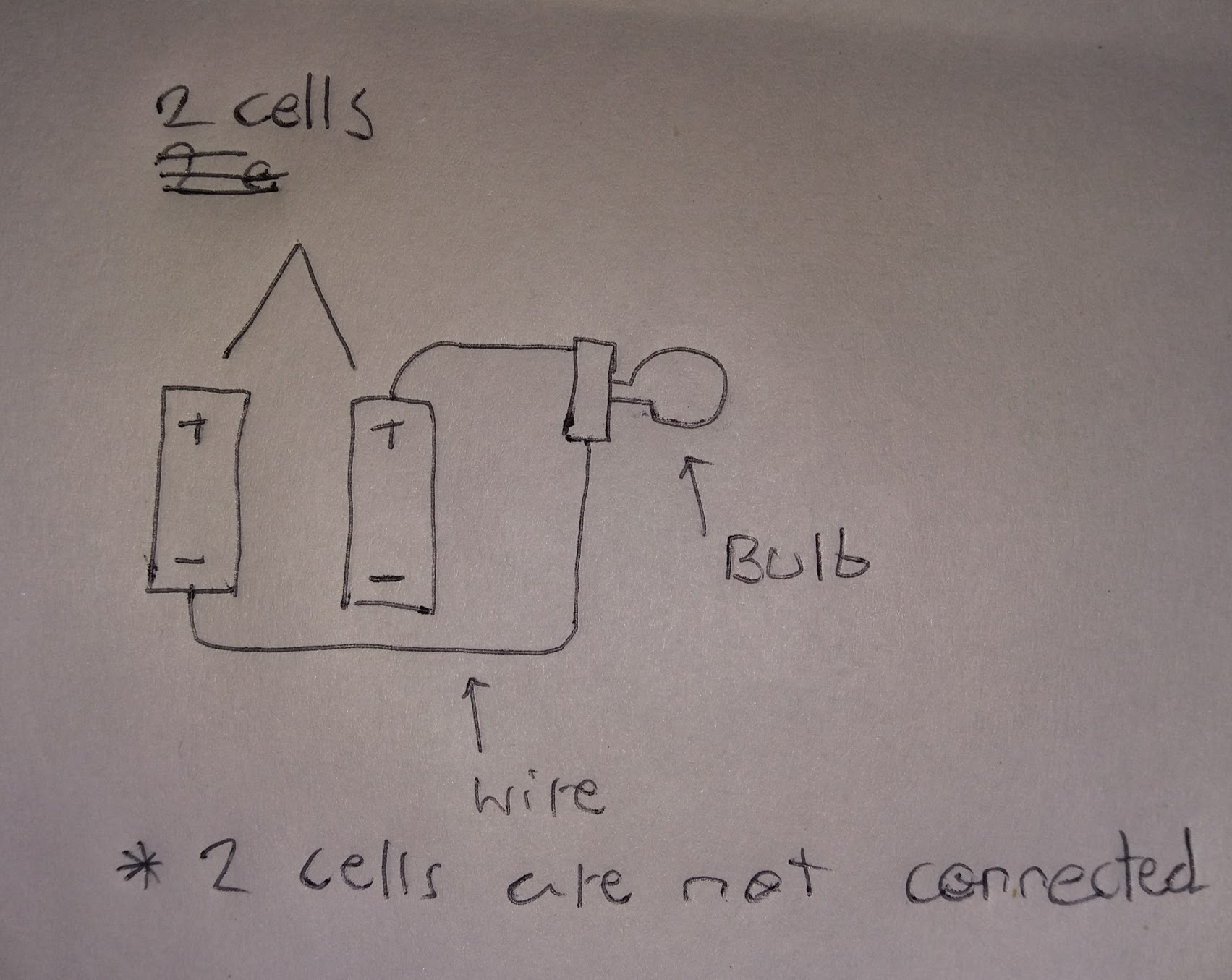 The answer is no, but only because you are using conventional batteries. If, for example, you had a van-de-graph generator with a large negative charge, and you connected a wire to the van-de-graph to the lightbulb and then to the ground, the circuit would work. Strictly speaking, it's nothing to do with the circuit and everything to do with the nature of your battery.

The problem with a battery is that it doesn't actually have a bunch of negative charge on one side and a bunch of positive charge on the other. If it did, you would get a shock every time you picked it up. Instead, each cell is composed of two chemicals separated by a porous barrier. These two compounds, if brought in contact, would react exothermally (they would release energy in the form of heat and/or light). As it is, however, they are separated and the electrons cannot get from one atom to the other because of the barrier.

When a light bulb is connected to the battery, suddenly the electrons have a pathway. By going through the light bulb, they are able to get to the other chemical and make the reaction happen.

But that doesn't really prove anything, since if chemical A reacts with B, and both batteries have A in the negative end and B in the positive end, I should still be able to mix and match? right?

No. This is gonna get complicated: 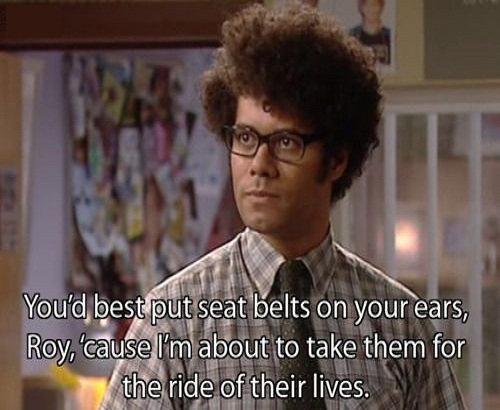 When we combine their two half reactions, we get $Li_{(s)} + Ag^+_{(aq)} \rightarrow Ag_{(s)} + Li^+_{(aq)}$. Note that the $e^-$ (the electrons) cancel. Also note that a large amount of energy is released by this reaction. What a chemical battery does is harness it. The way it harnesses it is by separating it into the half reactions and forcing the electrons to work to make it to the other side of the equation.

What you do is get a piece of solid lithium, put it in a bowl of water, and hook it up to a wire. Then, you get some silver dissolved in water and stick a wire in the water. The electrons are going to go from the lithium to the silver and solid silver will form on the wire in the silver bath as it is de-ionized.

Well great, so we should be good then? Right? Obviously the silver is in one end of the battery and the lithium in the other, so it shouldn't matter whether they're both in the same battery? should it?

It doesn't matter immediately, but it will start mattering very very quickly. See, both chemicals start out with a net charge of zero. As electrons leave the Lithium headed for the Silver, they will start to develop a charge. Very quickly, the highly positive lithium will refuse to send electrons to the very negative silver, which will refuse to accept any more of them anyway. Both are over saturated with a charge that they just want to get rid of.

The solution to this problem was an innovation known as the salt bridge, which is what made batteries possible. This involves a having a salt (NaCl in this example) in a tube connecting the lithium bath to the silver bath. When the lithium surrenders it's electron and becomes positively charged, it bonds to the dissolved Cl ion. When the silver gains an electron from the lithium and becomes a neutral atom, the ion that it had previously been bonded to is left stranded and negative. It therefore bonds to a positive Na ion. The whole exchange is pictured below: 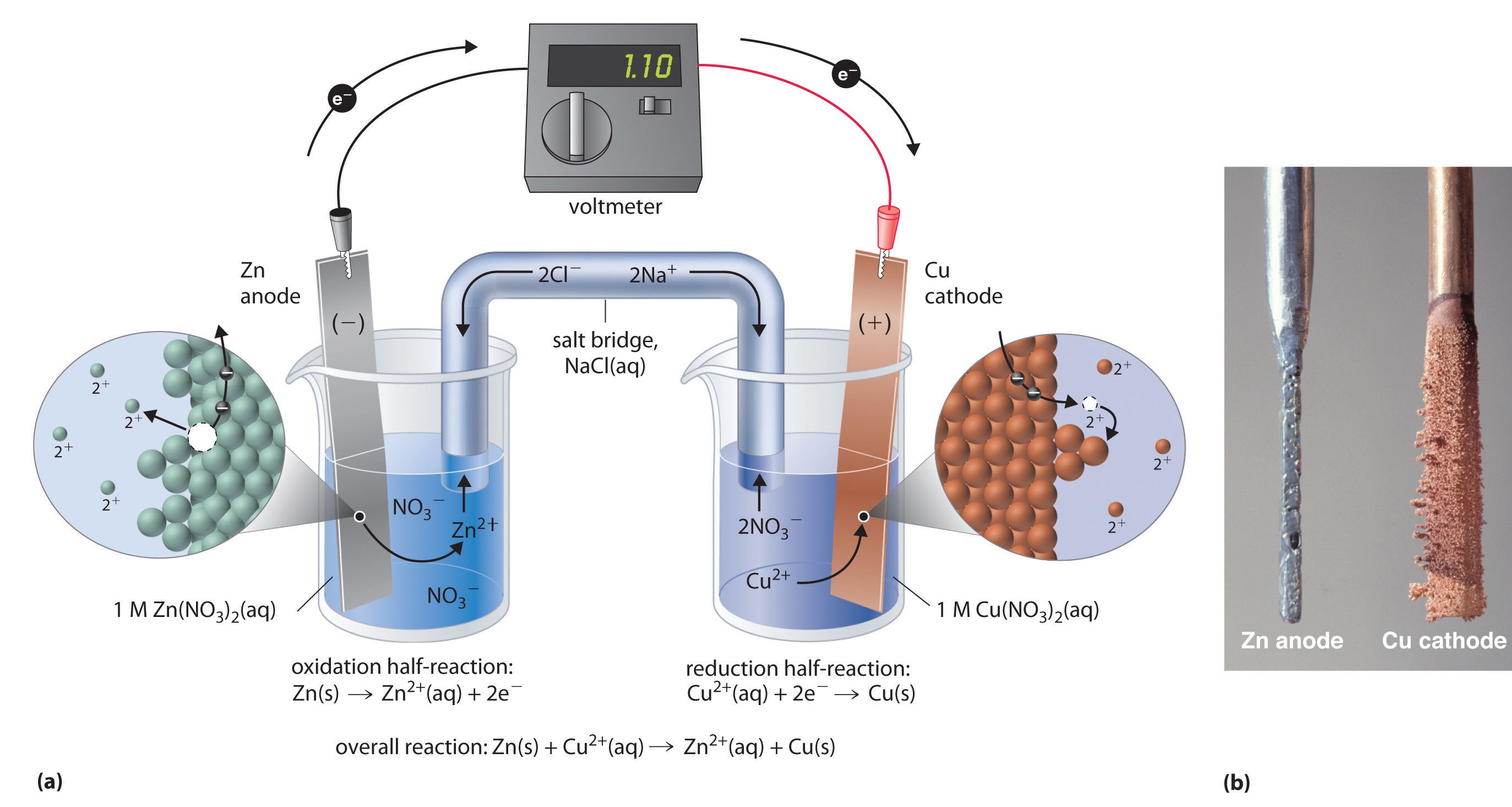 Essentially, when the negative and positive ends of the circuit are connected to different batteries, the batteries (which must, ultimately, maintain a zero overall charge) cannot do so and the chemical reactions seize up as an undesirable charge develops.

If you wanted to make this work, you could add another circuit connecting the two unused ends to a second light bulb. If you want to know more, look up electrochemistry.

If the two batteries are not connected with each other, there is no flow of current.

You have to connect at least other two poles:

Connecting the two positives the flow will be through the cell on the left only.

Connecting the two negatives the flow will be through the cell on the right only.

Connecting both you get a parallel circuit.

You can also connect the positive on the left with the other negative, obtaining a series circuit, but in this case the voltage will double and the bulb can burn.

0
What force is responsible for the movement of electrons in a current caused by an electrochemical source?

2
Positive test charge
2
Why the bulb does not glow in this configuration of batteries?
1
Why does a battery die more quickly when more resistors are added to the circuit?
4
Do electrons coming out of a lightbulb (and going back into the circuit) slow down?
3
How does connecting batteries in series work?
0
In which terminal does current starts to flow first i.e. positive or negative?
3
How the current moves in the battery and outside the battery?
9
Does an electric current flow in an open circuit?
0
Does an open circuit have electrons accumulate in it?