Why is an Aircraft Runway NOT like a Teaspoon?

If the aircraft runway were like a teaspoon (by this I mean, flat in the beginning, then curving downwards and finally upwards), would it not work in favor of the propulsion of the aircraft? In spite of this, why are the runways flat?

The primary factor that determines the ability of an aircraft to takeoff is having a speed exceeding that of the liftoff speed: that is the minimum (air) speed of the aircraft to generate sufficient lift by its wings to counteract the gravitational pull from the earth.

Large passenger planes at takeoff often change the wing configuration (lowers flaps etc) to reduce the required speed: else you would need airplanes traveling at several hundred km/h before takeoff is possible.

The reason that prior to takeoff aircrafts often lift their noses is not to change the direction of travel! Indeed, since the aircraft is still on the ground, it is only traveling horizontally. The lifting of the noses is to increase the angle of attack of the wings relative to the direction of travel, thus further lowering the speed required for takeoff.

In fact, for the purpose of increasing the aircraft speed, it is usually better to have the aircraft going downhill instead for take-off: that is how many gliders are launched!

(There are, of course, exceptions. For example if the runway is built somewhere there is always a predominant wind, then pitching the runway to accomodate the wind direction may change the aerodynamics.)

A problem I can see with this layout is that it generates a point (at the last upward curvature) for the plane to lift off. In general planes need different runway lengths depending on weight and type of the plane, as well as on external influences like wind.

I therefore assume(!) that a typical flat layout is suited for a wider range of aircraft, and also safer, as it is more forgiving to errors.

If you are particularly short on space, and you have a consistent type (so speed and weight) of aircraft - you can add a ski-jump to help convert the forward speed into vertical lift. 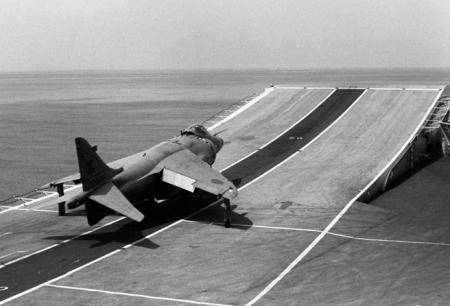 Not the answer you're looking for? Browse other questions tagged aerodynamics aircraft propulsion or ask your own question.