Was there a first moment in time?

Disclaimer. I am a mathematician, not a physicist. The extent of my physics training is a couple of high school courses. So, you may have to be very patient with me in understanding your answer(s)/comment(s).

Discussion. I am guessing that the answer to this question depends on what cosmological model is in play. The problem is, I don't know the first thing about which cosmological models there are to choose from, whether certain models are more likely to be "true" (for lack of a better word) than other models, etc. In fact, I only have a very rough idea of what a cosmological model is!

If the cosmological model of choice excludes a first moment in time, can it be extended easily to include one? (Maybe that question is ill-formed, in which case I apologize.)

You should read the wikipedia article on the current model of the universe, the Big Bang Model. 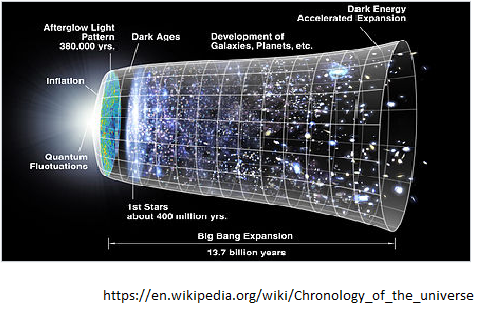 It started with assuming a classical general relativity model where all the energy of the present universe was contained, appeared at a singularity, which expanded like an explosion and generated the observed universe, and the observed expansion measured with the Hubble constant.

As experimental observations continued, a contradiction was found between the naive Big Bang with its singularity and the cosmic microwave background radiation, the CMB. At the time it happened , 380.000 years after the classical singularity of the BB, parts of the universe could not interact with other parts due to the light cone, and thus the great homogeneity seen in CMB ( at a level of 10^-5) could not be modeled/explained with thermodynamics.

This necessitated the inclusion of an effective quantization at the very singularity of the naive classical model, the inflation period, where a quantum mechanical particle called inflaton homogenized the singularity into a fuzzy regions, seen in the beginning of the plot. Thus time and space, do not forget it is a four dimension system (x,y,z,t) do not have a beginning point , thus the time interval is variable.

If you look at the numbers though, where the time steps are of 10^-32s and smaller , it makes only a qualitative difference to the estimate of the origin of the universe in time. So it is your half open interval, but really irrelevant at our level.

Big bang theory is the dominant cosmological model at the moment.
This proposes the Big Bang started at a singularity, when all the universe was as localised as it could possibly be.
If Big Bang theory is the accepted model, then it seems likely in the context of current established physics that no evidence of time or anything older than the moment of the big bang itself will be uncovered (whether or not anything existed).
The age of the universe is estimated at about 13.8billion years.

I'm not a mathematician, but I'll give you an interpretation on the boundary conditions. My understand of zero is that for an actual physical system described by zero and a similarly actual infinity,

$0*\infty$ will be any finite number

(and further this number may be determined using differential calculus).
- so "physical/measurement" zero's [as per physics] retain some information On this basis there could never be an actual time of t=0, just negligibly close to it. (similarly there could never be a physical infinity). [Can there ever be no apples in the your lunchbox - apparently not, there is always some small part of an apple there, as an apple is energy.] I guess that's saying that zero should be included, but clarifying what a measured zero actually is. Or you could exclude a conceptual absolute zero if you prefer - this may what you wrote $(t_0,t_p]$.

You didn't ask, but I note you have not included any times beyond $t_p$ in the interval. That needs to be consistent with what you are trying to represent. There will most certainly be meaningful times beyond $t_p$. The majority of physical theories/laws do not treat $t>t_p$ any different than $t<=t_p$. Philosophically science requires effects to be reproducible, and some argue ultimately only useful if predictive.

OK, you hopefully will get a more considered answer from a more knowledgeable person, thus my only useful contribution to this interesting question will be my u/vote :)

My opinion is: physics does not concern itself with any aspect of time, other than that "thing" that a clock records. That's both empirical and pragmatic, and saves a lot of well, time.

As far as models go, we can correlate the present universe "layout" and structure with models of the primordial abundance of particles, at least to some good approximation.

But 4 difficulties, at least;

We are limited to observations of what might be a small part of the universe, because of cosmic expansion.

We don't know what Dark Matter is composed of.

We don't know from what source dark energy emerges nor why the Cosmological Constant is different from predictions by a very large degree. So our models, all of them, only explain 6% of the mass/energy of the universe. P!ease note I could be easily corrected on this aspect, so hopefully you will get an answer we both can learn from.

We don't know what caused the commencement of the universe nor why it had such a Low Entropy Value low entropy value.

So, to the best of my limited knowledge, no present model explains these features.

Stephen Hawking gave a lecture exploring the beginning of time. He points out that the apparent focusing of our past light cone (our universal history) down to a single point, implies that the Universe (or at least our part of it) must have had a beginning.

However, there's a singularity at the point. The laws of physics don't work there. Maybe space-time emerged there, but as time in General Relativity does not exist without space, is it reasonable to say that there was a first moment of time, with no space to contain it, or a first point of space, with no time to define it?

At the singularity, "before" and "after" have no meaning, as our notions of space and time cease to work. IMO, it would require a leap of faith to postulate a first moment of time without an understandable point of space to define time. If the emergence of space-time can't be definitively described using the laws of physics, it seems unreasonable IMO to assume there was a first moment of time there.

Prof. Hawking hypothesized a no-boundary condition in which the singularity does not appear. Instead, he proposed an imaginary time not bound by past and future, but nevertheless part of space. He and James Hartle proposed that space and imaginary time are finite in extent, but without boundary.

Prof. Hawking says in the final paragraph of his lecture:

He concludes that "...space-time is finite in extent, but doesn't have any boundary or edge." So, it's conceivable there was no first moment, at least as we understand the meaning of that term in our real time.

There may be one thing we can ponder a little: Both general relativity and quantum theories have something to say about the relationship between energy and time. In general relativity, the structure of space and time are distorted and mixed by the presence of energy. In quantum theories, there is an energy-time uncertainty relationship, the more precisely one knows the time of an event, the less precisely one knows the energy.

It's not hard to guess that these two ideas, both dealing with time and energy, might have some interesting interactions in the extreme environment of the earliest momentum of the universe.

Not the answer you're looking for? Browse other questions tagged cosmology spacetime time big-bang or ask your own question.

80
What does one second after big bang mean?
29
Why was the universe in an extraordinarily low-entropy state right after the big bang?
1
Is this a reasonable explanation for “the universe is finite but unbounded” which seems to be contradictory at first sight?

8
Big bang and time
3
What was ticking just after the Big Bang?
11
Was helium hydride really the first molecule?
3
Could the basic fundamental laws of physics change between universes in cosmological inflationary models?
0
Is artifice admissible into cosmological models of mainstream physics?