Would the picture then be as follows (where the orbital dipole moment is in the center and produces a magnetic field on the spin dipole vector located a distance $R$ away at the point of the electron). I understand that these are classical ideas for a quantum concept but I just want to get the best classical picture for now: 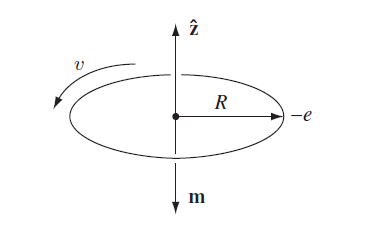 Thanks for any clarity.

The larger the charge on the nucleus, the faster the electron moves in its orbit and the bigger is the spin-orbit effect. This is why the effect is larger in heavy atoms further up the periodic table.