Conservation of angular momentum can be applied when there is no external torque on the system which is isolated. However, my physics teacher gives me a sum that: 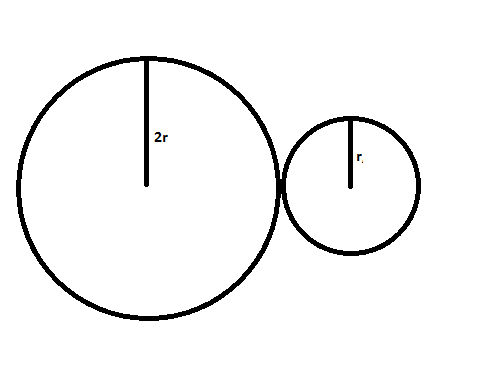 Look at the left hand diagram which has the two frictional, equal magnitude and opposite direction. forces (red) acting on the discs.

There are no external forces but each disc has a net force on it and so the centre of mass of each disc will undergo a translation acceleration.

To stop that translational acceleration of the centres of mass of the two discs forces (blue) must be applied to the axles of the discs and these are external forces for a system which is defined to be just the two discs.

Note that there are similar problems where the two discs share a common axis of rotation.
In that case conservation of angular momentum can be used.

Not the answer you're looking for? Browse other questions tagged homework-and-exercises newtonian-mechanics angular-momentum rotational-dynamics conservation-laws or ask your own question.