How to imagine the following power and torque?

I can roughly feel a force of 10 newton only by considering the weight of 1 kilogram object.

How to imagine the following measurements?

The torque is more easy to imagine. A typical childs seesaw is about 2m long i.e. about 1m from the pivot to the end. If you placed a 1.276 kg weight on the end of the seesaw than 12.76Nm torque is what you'd feel at the other end when you press on the seesaw to keep it level.

It really depends on your personal experience how you can imagine power and torque. The numbers though are very similar to a Suzuki RM 80 motocross bike. 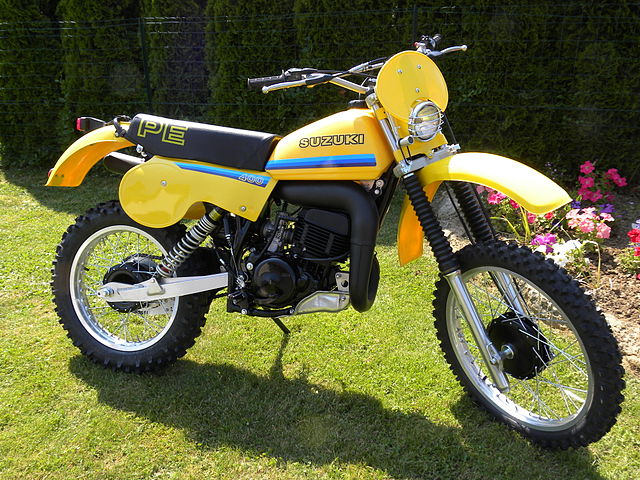 The 'feeling' might be approximated by this video of the machine in action.

Horsepower is a unit used to measure power, the rate at which work is executed. The SI unit of power is the watt (W) and 1 horsepower is equivalent to 746 watt. As such, you can convert 16 hp to 11 936W.

One watt is defined as 1 joule per second, joules being the SI unit of work. As work is defined by force x distance, you can get an idea of what 16hp mean by running some quick calculations.

Torque, now, is a measure of turning force of an object. It is calculated by multiplying the force applied to the object by the distance at which it is applied to the center of rotation. Basically, if you attached a one meter stick to your motor and ran it at 8500 rpms, the force you'd feel at the end of the stick would be 12.76 Newtons, which you can easily compare to the weight of a 1.2~1.3kg object ($F=mg$, where $g$ is about 10N/kg). I would highly suggest not trying to stop it even if the force is small, however, as the end of that one meter stick would be travelling at a speed of about 3204 km/h...

Given the specs of your motor, it would be able to drag a heavier object while running at 8500 rpms (more torque) but, not as much torque was needed, it would drag it faster at 9500 rpms (more power)

Not the answer you're looking for? Browse other questions tagged newtonian-mechanics forces power torque or ask your own question.

5
Why and how exactly is electric motor torque limited?
1
How does the weight of the pendulum's bob cause a torque?
4
Car “oomph”: power or torque?
2
Does KV in rc motors (RPM/Volt) tell us anything about the torque?
3
How does torque work with a Lamborghini vs a truck?
0
Torque and force on a tire iron
0
Relationship between speed and power in wind/hurricanes