In a Michelson interferometer (image from Optics by E. Hecht ) 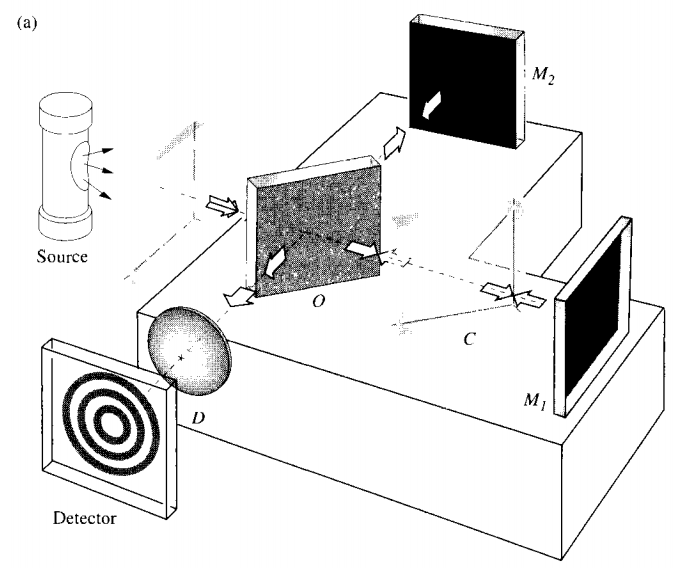 To quote from the same book:

As the figure shows, the optical path difference for these rays is nearly $2d \cos 0$. There is an additional phase term arising from the fact that the wave traversing the arm $OM2$ is internally reflected in the beamsplitter, whereas the $OM1$-wave is externally reflected at $O$. If the beamsplitter is simply an uncoated glass plate, the relative phase shift resulting from the two reflections will be $\pi$ radians.

If we take this detail into account, the explanation is very simple: 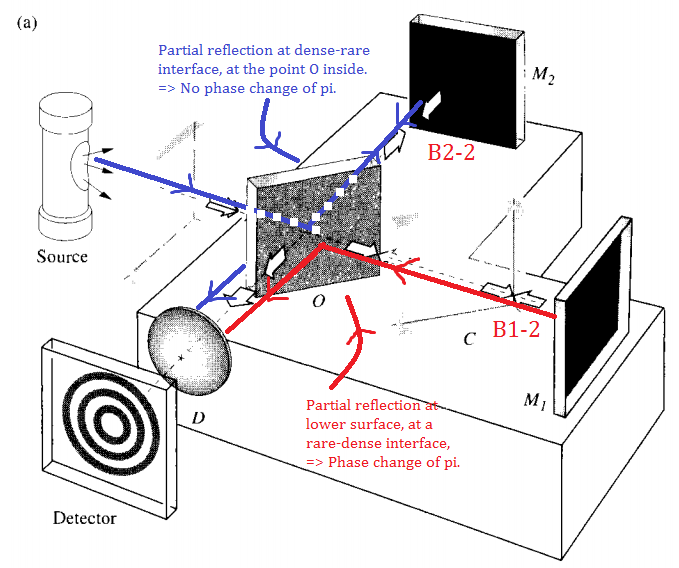 Hence, the total relative phase difference between the two coherent beams, when they recombine, is only $\pi$ radians.

There is an automatic change in the phase when the wave goes ..... bounces off the mirror. Then after all that you start to play with the path lengths to introduce more phase changes.

Not the answer you're looking for? Browse other questions tagged optics waves reflection interference interferometry or ask your own question.

3
Why does constructive interference occur at zero path difference in a Michelson interferometer?
2
Explaining phase shift from a half-silvered mirror