How are new particles theorized and proven to exist? 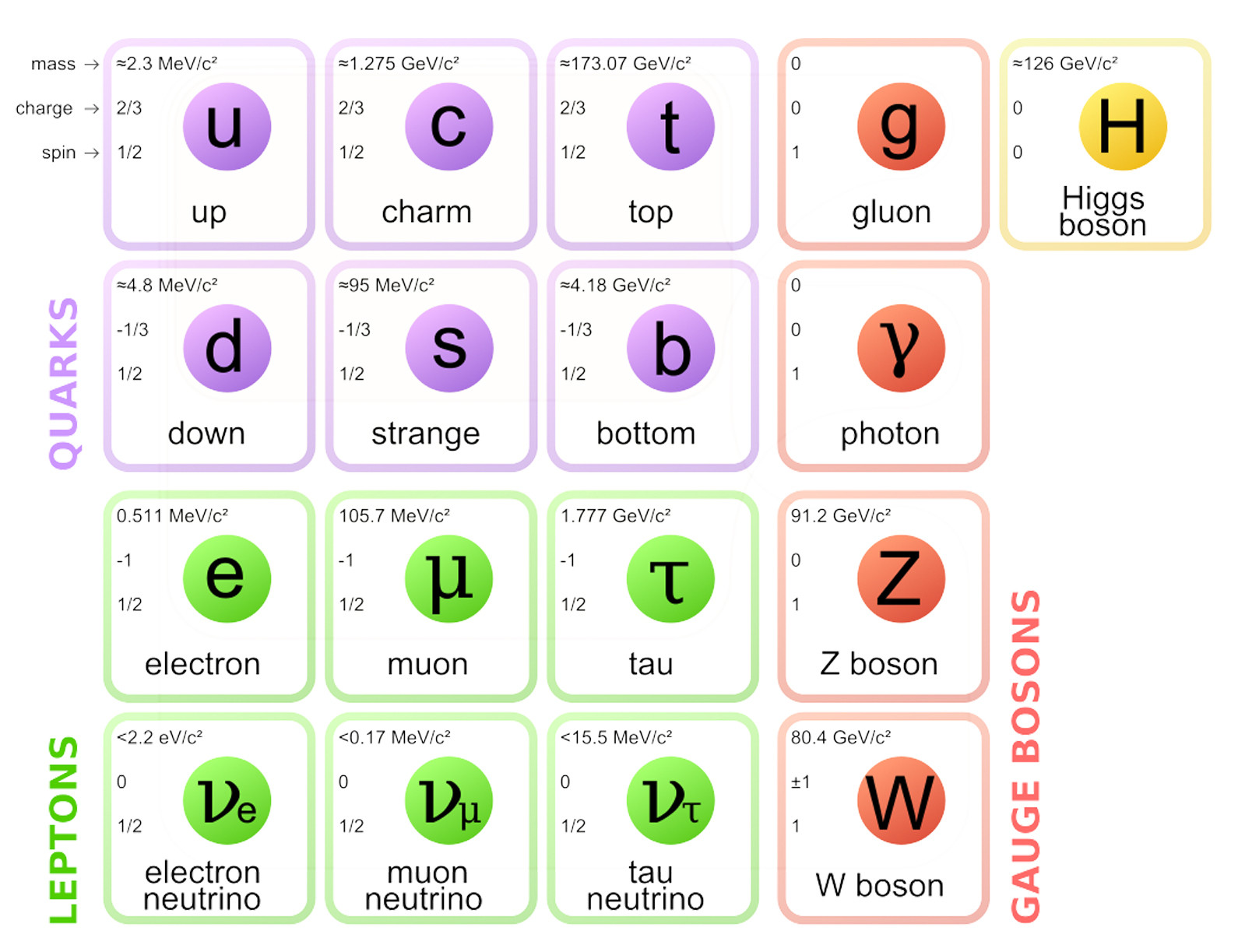 Following the spectacular success of quantum electrodynamics in the 1950s, attempts were undertaken to formulate a similar theory of the weak nuclear force. This culminated around 1968 in a unified theory of electromagnetism and weak interactions by Sheldon Glashow, Steven Weinberg, and Abdus Salam, for which they shared the 1979 Nobel Prize in Physics.[7] Their electroweak theory postulated not only the W bosons necessary to explain beta decay, but also a new Z boson that had never been observed.

The fact that the W and Z bosons have mass while photons are massless was a major obstacle in developing electroweak theory. These particles are accurately described by an SU(2) gauge theory, but the bosons in a gauge theory must be massless. As a case in point, the photon is massless because electromagnetism is described by a U(1) gauge theory. Some mechanism is required to break the SU(2) symmetry, giving mass to the W and Z in the process. One explanation, the Higgs mechanism, was forwarded by the 1964 PRL symmetry breaking papers. It predicts the existence of yet another new particle; the Higgs boson. Of the four components of a Goldstone boson created by the Higgs field, three are "eaten" by the W+, Z0, and W− bosons to form their longitudinal components and the remainder appears as the spin 0 Higgs boson.

The combination of the SU(2) gauge theory of the weak interaction, the electromagnetic interaction, and the Higgs mechanism is known as the Glashow-Weinberg-Salam model. These days it is widely accepted as one of the pillars of the Standard Model of particle physics. As of 13 December 2011, intensive search for the Higgs boson carried out at CERN has indicated that if the particle is to be found, it seems likely to be found around 125 GeV. On 4 July 2012, the CMS and the ATLAS experimental collaborations at CERN announced the discovery of a new particle with a mass of 125.3 ± 0.6 GeV that appears consistent with a Higgs boson.

Like the passage above articles on the web do not mention the math and physics behind particles, they just give a quick review of their history. I want to know the math behind it, how they behave, why they do behave the way they do.

During th 1950's and 1960's a plethora of particles were found experimentally. They were organized in multiplets of weak SU(2) representations, named the eightfold way , a phenomenological fit to the data which showed these symmetries:

Example is the baryon octet: 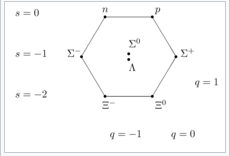 There are other particles and resonances arranged in such group representations in the above link.

These symmetries are on real measured particles and immediately lead theoretical physicists to assume a substructure and to the model described in your quote. Forming the electroweak model, allowed not only to describe the existing particles within their symmetry representation, but also to predict new particles as your quote describes.What separates a mathematical map of nature from a theory, is that a theory is predictive and is validated when its predictions are fulfilled.

Like the passage above articles on the web do not mention the math and physics behind particles, they just give a quick review of their history. I want to know the math behind it, how they behave, why they do behave the way they do.

You can study a course in particle physics that will build up the math behind elctroweak symmetry, i.e. how from the observed particles new particles were predicted.

8.811, Particle Physics II, describes essential research in High Energy Physics. We derive the Standard Model (SM) first using a bottom up method based on Unitarity, in addition to the usual top down method using SU3xSU2xU1. We describe and analyze several classical experiments, which established the SM, as examples on how to design experiments. Further topics include heavy flavor physics, high-precision tests of the Standard Model, neutrino oscillations, searches for new phenomena (compositeness, supersymmetry, technical color, and GUTs), and discussion of expectations from future accelerators (B factory, LHC, large electron-positron linear colliders, etc). The term paper requires the students to have constant discussions with the instructor throughout the semester on theories, physics, measurables, signatures, detectors, resolution, background identification and elimination, signal to noise and statistical analysis.

There are no shortcuts to sitting down and studying.

16
What is the need for the Higgs mechanism and electroweak unification?
0
What really is the future about the Standard Model
26
Are there massless bosons at scales above electroweak scale?
5
Terminology of Higgs boson and Goldstone boson
2
References for Glashow-Weinberg-Salam model
4
Why is the $W$ boson (and none other elementary boson) the only with EM charge?
3
The Higgs mechanism in a quiver gauge model
1
Electroweak Unification and Electroweak scale