Do 2 conductors (1 grounded via resistor) reach equipotential, before surplus electrons drain to earth?

Case I: a negative conductor makes contact with a neutral conductor. Negative donates some electrons to neutral, until there is 0 potential difference. Then they both are slightly negative. This happens quickly. (Assuming they are good conductors.) 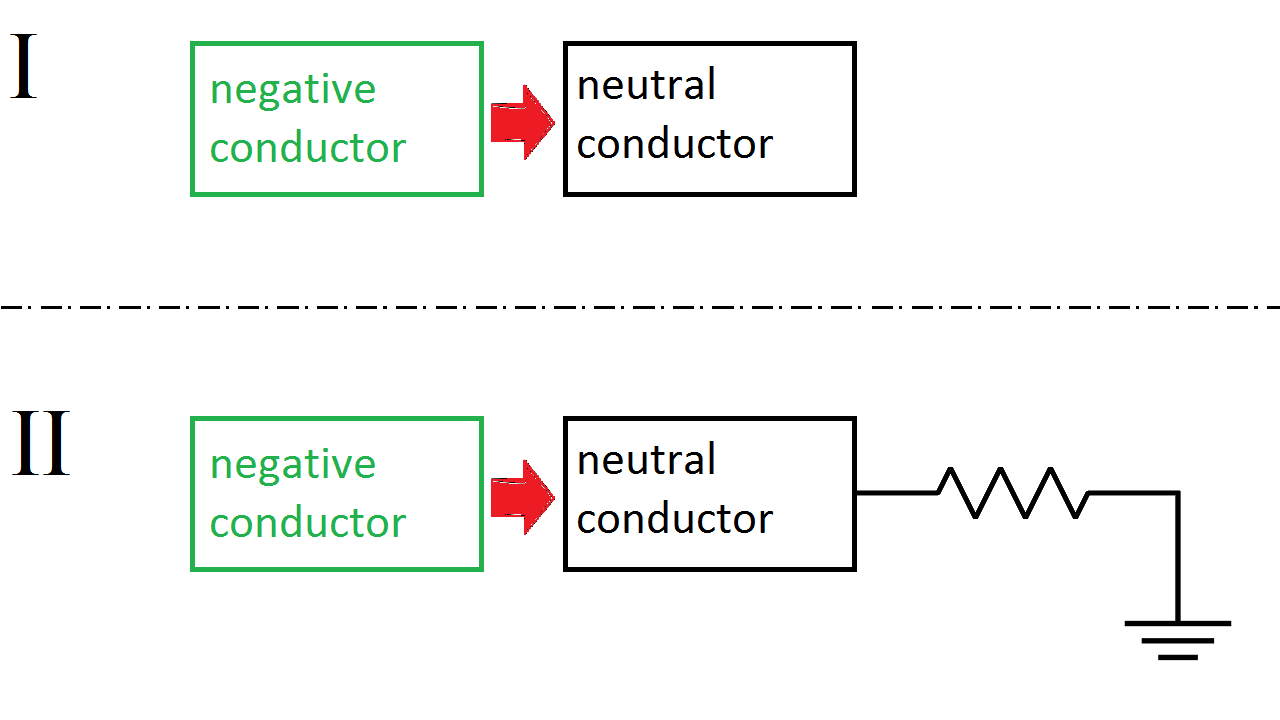 Case II: the neutral conductor is grounded (via a resistor) to earth. When they make contact, all surplus electrons drain to earth.

How does the resistor affect the movement of electrons? Will both conductors reach equipotential first, before surplus electrons drain to earth? (Because they make contact with each other without a resistor in between. The resistor is between them and earth.)

To understand what happens during a transition, you'll need to go back to the basics.

The negative conductor initially has a surplus of electrons. These electrons don't like to stay close to each other and given enough time they will adopt a configuration which minimizes the potential energy as much as possible. In this case, that configuration is where the charge spreads out on the surface of the conductor. It would be even better if the electrons left the conductor but unfortunately, the poor electrons are bound to the conductor.

Not the answer you're looking for? Browse other questions tagged electrostatics electrons charge potential conductors or ask your own question.

5
Conductors connected with a wire
2
How do electrons distribute themselves along a wire attached to one pole of a battery?
0
What causes depletion layer to form?
1
Some questions related to circuits and flow of electrons
0
Understanding zero field inside a conductor?
0
Why are spheres supposed to become discharged?
1
Charged body in hollow conductor : what is the role of insulators and how does the charge distribution change if insulators vs conductors are used?
0
Conduction and separation of charges
0
Surface charges on grounded conductors in circuits and energy transfer