Ball inside an accelerating frame

Why does a ball inside a moving bus at rest start moving backwards when the bus suddenly accelerates? Also does the moving ball have some acceleration? 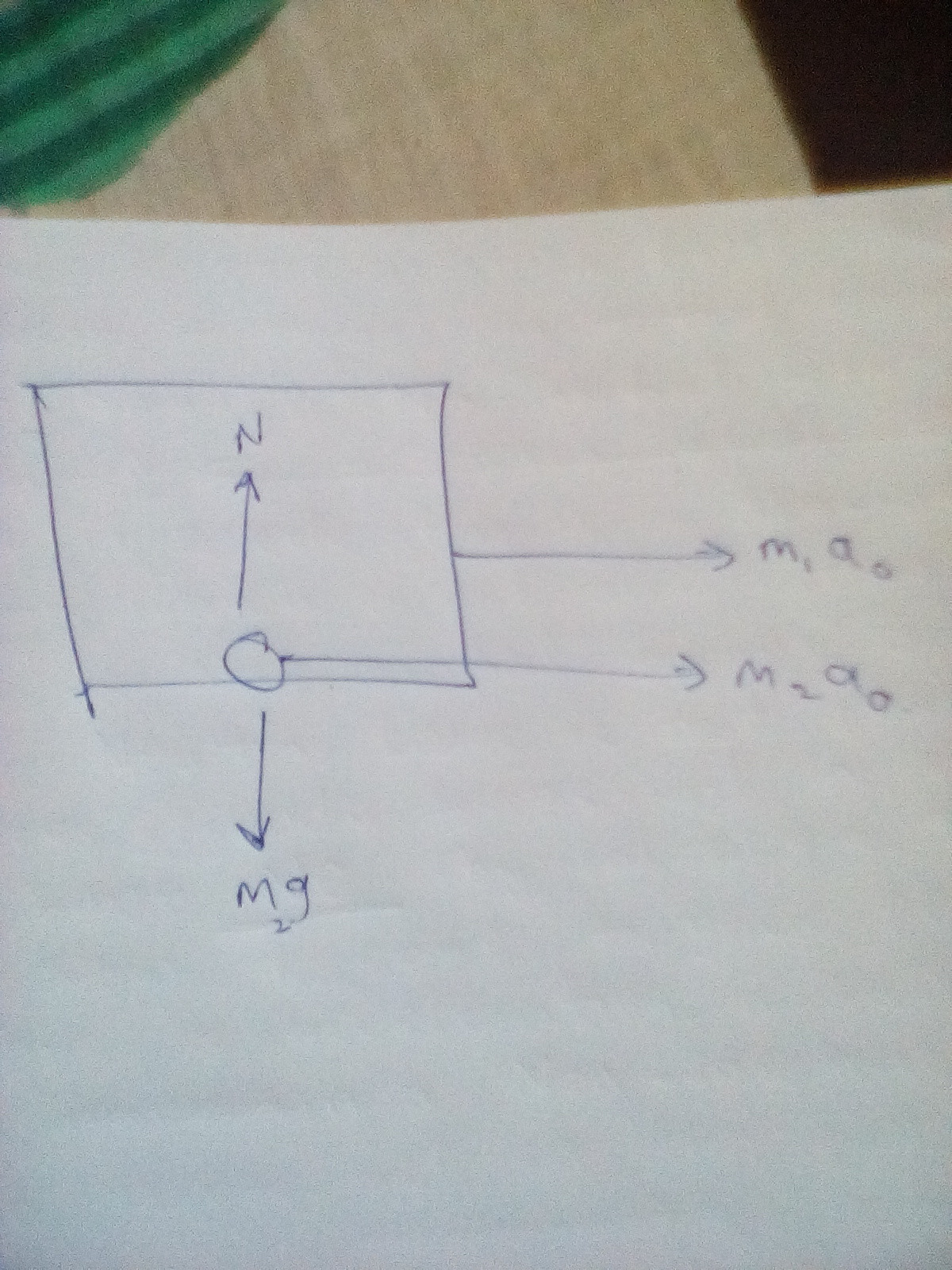 Analyse it this way .

If the bus is infinitely long such that there is no force from the walls and there is no friction also. Then in the road frame the ball stays where it is ( because no force acts on it ) while the bus moves forward.

In the bus frame the bus is at rest while to the bus the ball accelerates back which you have explained by the pseudo force .

If there is Friction

Let u be the coefficient of friction then

From ground frame the FBD of the ball is

Take it like this imagine yourself as an by stander watching the bus then you would notice the ball goes in the direction opposite to bus but when we only take the ball the direction of pseudo force is opposite to the motion of the bus when we consider the floor to have friction then this $μN$ force to opposethis pesudo force hence the real motion occurs in the opposite direction of bus.while considering the consequences the motion of ball by the by stander is same as the one in the bus watching the ball.

Not the answer you're looking for? Browse other questions tagged newtonian-mechanics classical-mechanics reference-frames inertia or ask your own question.

0
How would you explain the weight of an object in a lift accelerating up with acceleration a?
0
Why can't Pseudo force from our frame of reference be a form of Inertia?
2
What would be the equations of motion in this case of initial & final rolling on a ball in an accelerating car
0
Isn't inertia experience by person in moving bus same as torque
1
Isn't inertia experience by person in moving bus is Torque
0
If Earth accelerates, what reference frame is its acceleration relative to?