Consider the right handed coordinate system $(x,y,z)$ in which a stationnary radar is positioned at the origin and a metallic plate (initial position $z_0$) that is moving along the $z$ axis with speed $v$ (the plate is perpendicular to the $z$ axis). Consider also the coordinate system $(x,y,z')$ with the $z'$ axis attached to the plate. Let $\vec{E_i}$ and $\vec{E_r}$ be the electric field from the monochromatic EM wave sent and received by the radar. We can write in $(x,y,z')$ : 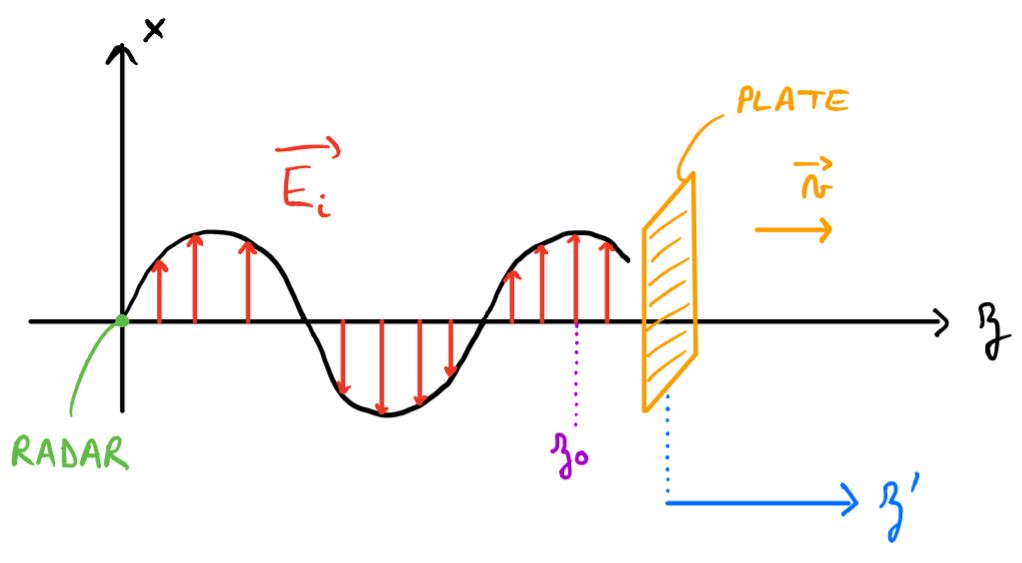 Browse other questions tagged waves electromagnetic-radiation radar or ask your own question.

1
Plane wave normal incidence on dielectric, direction of fields
0
Wavefront of reflected and transmitted waves from an incident plane wave
0
Radar Wave Reflection — How can we justify coherent radar?
1
Does amplitude modulation change a photon's frequency or the number of photons?
0
Radar lobes vs forever propagating waves
1
Doppler Effect and Radar Sensors