Is the surface of a metal less dense than the bulk?

How is the density of the first few atomic layers of a metal compared to the bulk material?

Well, it seems this can not be answered in general since there are a bunch of different things which can happen, these are just some of them: 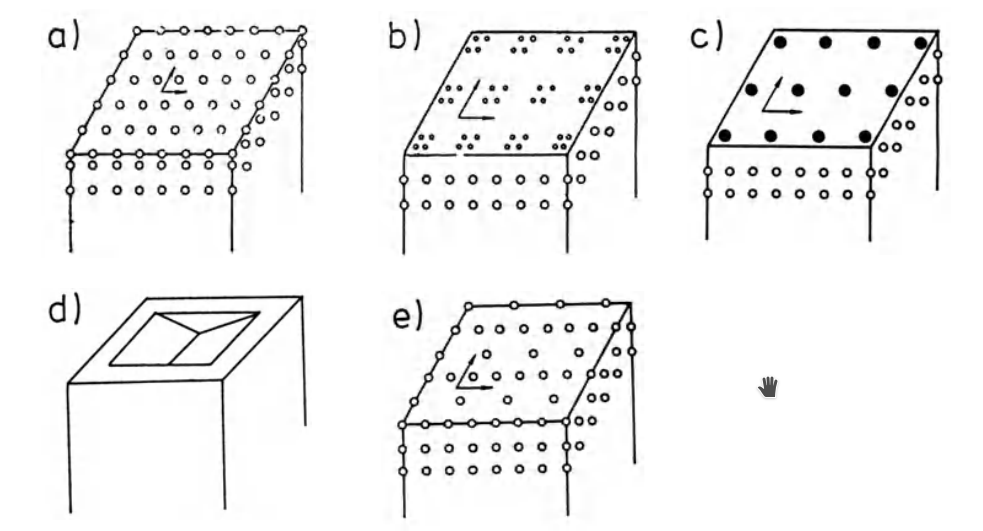 a) deformation, b) and c)superstructure formation, d)facette layers e)incomplete layer It seems to be not that easy at all (source=enter link description here:

"The physical basis of the model is the Smoluchowski smoothing of the electron charge density at the surface. When a crystal is cut to form a surface, the electrons rearrange in order to reduce the charge-density corrugations and by this way their kinetic energy. This leads to a motion of the electrons left on top of the surface atoms downward to the crystal resulting in an electrostatic attraction of the top layer ions toward the rest of the crystal ....

he model as outlined above, however, is not as general as one might be lead to expect,and not as widely applicable as it is often said to be. In particular the closest packed hexagonal surfaces of the fcc and hcp metals often undergo an â€śanomalousâ€ť expansion of the first to second layer distance relative to the bulk interlayer spacing"

And some measured/caluclated (DFT) values for interlayer spacings: 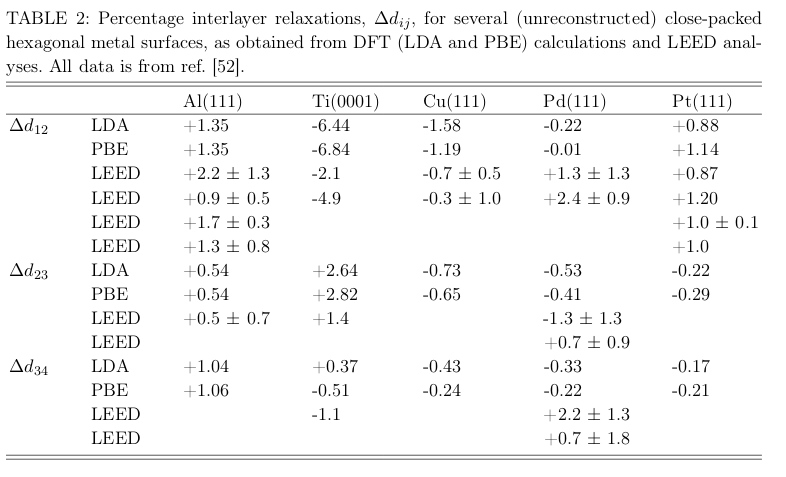 Not the answer you're looking for? Browse other questions tagged surface-tension metals or ask your own question.

4
Why do cold metal plate make less noise?
0
When metal solidified, why is its surface not flat like polished?
3
What is the cause that mercury has a large surface tension?
0
Does heating a jar lid significantly expand the metal?
4
What is plasmon really? Is it a charge density wave of electron gas or an EM wave that exists across the metal surface?
2
Drude model - frequency dependent dielectric constant of the metal