How to determine the linearity of a numerically simulated mass-spring system?

I did some numerical simulation of a mass-spring system, which is a 2D 1-degree-of-freedom spring-mounted cylinder vibrating due to moving fluid surrounding it.

where $C$ represents the hydraulic force coefficient upon the cylinder.

By computational fluid dynamics, the time histories of $Y_2$ and C are obtained. For example, the figure below. 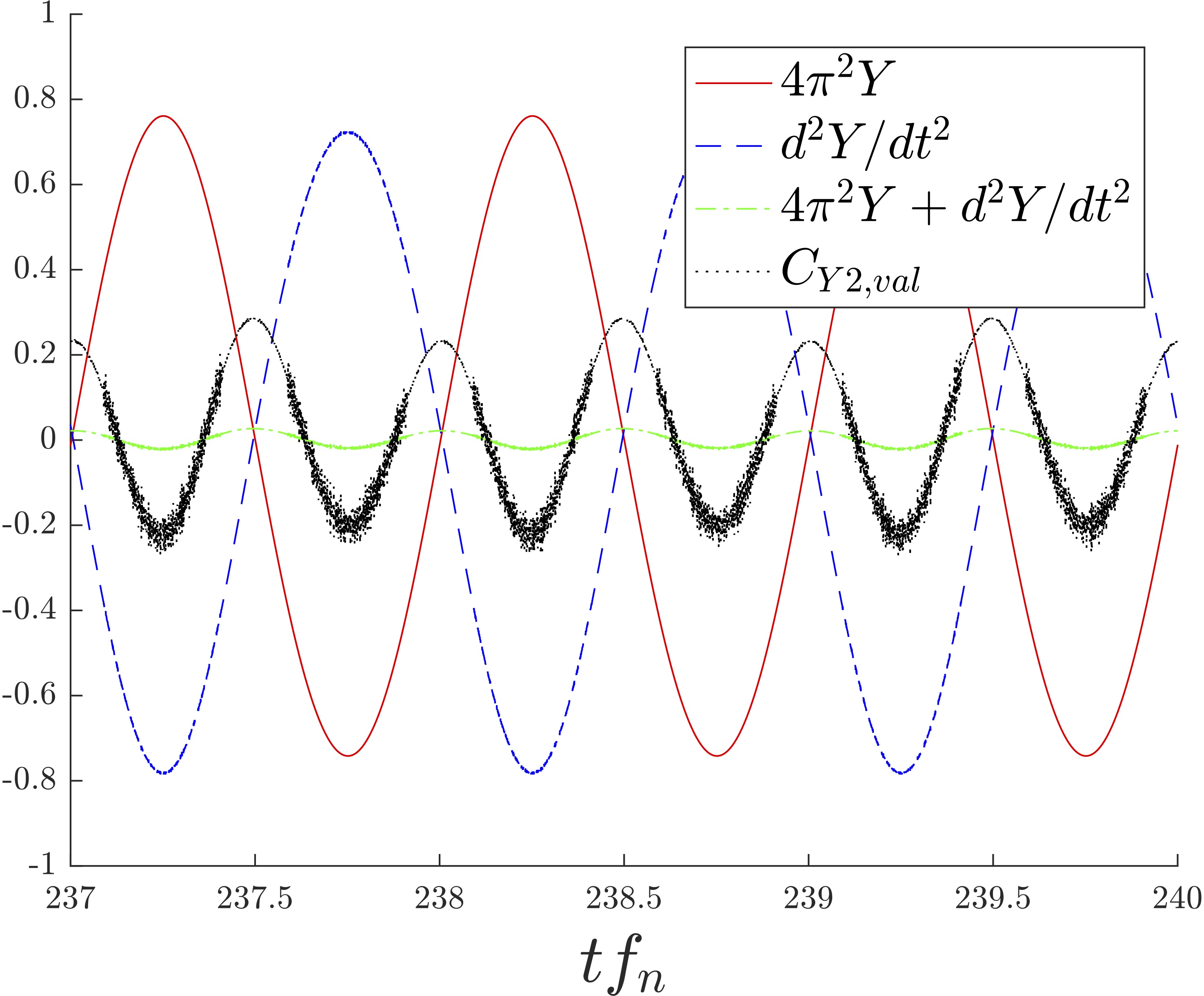 Now, I have a question: by the time histories (discrete numerical output) of $Y_2$ and $C$, can we more or less figure out this system is linear or non-linear?

The equation you are using to simulate the motion is a linear differential equation. So the system you are modelling must be linear.

If you only have graphs or tabulated values of experimental or simulated input and output, you can tell if the system is linear by seeing if there is a linear relation between input and output values.

If you can perform a linear transformation on the input, scaling and translating it, so that it then matches the output exactly, then the system is linear. This assumes that the input is at least varying linearly. If input and output are both constant, you cannot tell. The conclusion only holds for the range of input values used : outside of this range the response could be non-linear.

However, the converse is not necessarily true : if the input and output graphs cannot be made to match then you cannot conclude that the system is non-linear. It only works in the above case because the driving force $C=C_0\sin(\omega t)$ and the natural oscillations of the system (which are solutions of $\ddot Y+\omega^2 Y=0$) have the same functional form and the same frequency $\omega$, and sufficient time has been allowed for transient behaviour to die out. If input and output had a different frequency or differed in functional form then it would be more difficult to tell.

If the input is periodic and the output has reached a steady state so that it is also periodic, then you can tell if the system is linear by varying input amplitude and checking if output amplitude varies linearly with it.

See also :
Electronics SE : Checking whether the system is linear or non-linear

Not the answer you're looking for? Browse other questions tagged spring differential-equations vibrations non-linear-systems linear-systems or ask your own question.